New Zealand implemented a “level 4” lockdown in pursuit of its zero COVID strategy. It didn’t go as planned. 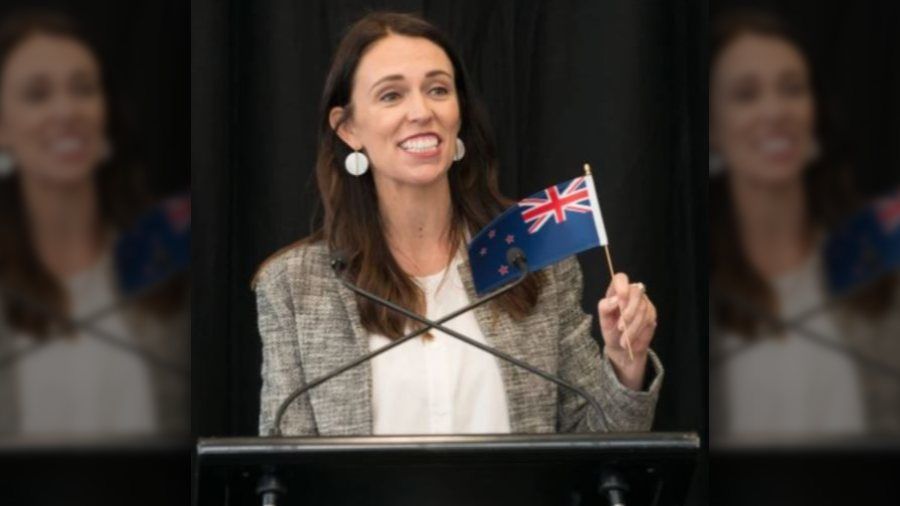 The Prime Minister, Rt Hon Jacinda Ardern, presents a flag to be placed in the building’s time capsule.

In mid-August, New Zealand Prime Minister Jacinda Ardern announced a nationwide lockdown when a single case of COVID-19 was detected.

“Stay local. Do not congregate,” Ardern said. “Don’t talk to your neighbors. Please, keep to your bubbles.”

On Monday, New Zealand gave in.

Prime Minister Jacinda Ardern acknowledged an end to the elimination strategy seven weeks into a lockdown that has failed to halt an outbreak of the Delta variant, announcing that restrictions would be gradually lifted in Auckland, the country’s largest city.

“We’re transitioning from our current strategy into a new way of doing things,” Ms. Ardern told reporters. “With Delta, the return to zero is incredibly difficult, and our restrictions alone are not enough to achieve that quickly. In fact, for this outbreak, it’s clear that long periods of heavy restrictions has [sic] not got us to zero cases.”

“What we have called a long tail,” she added, “feels more like a tentacle that has been incredibly hard to shake.”

As I wrote when New Zealand announced its “zero COVID” strategy — employing sweeping lockdowns, extensive testing, closed borders, and strict quarantine mandates and contact tracing systems at the first sign of the virus — the decision to lock down contradicted an abundance of evidence that indicated lockdowns are ineffective in controlling the spread of the virus and COVID deaths — regardless of their intensity.

“Stringency of the measures settled to fight pandemia, including lockdown, did not appear to be linked with death rate,” concluded researchers in a study by Frontiers in Public Health.

The study was just one of dozens of studies that show no relationship between lockdowns or lockdown stringency and virus control.

The adverse effects of lockdowns, however, are well documented and undeniable: millions of businesses destroyed, tens of millions of jobs lost, widespread mental health deterioration, increased child obesity, a resurgence in global poverty, and surges in suicide and drug overdoses.

Despite this evidence, officials in New Zealand decided to implement a “level 4” lockdown — the highest alert level in its system — in pursuit of its “zero COVID” strategy.

However, though New Zealand is now abandoning its efforts to eradicate the virus, the country is continuing its use of lockdowns in the hope of mitigating the spread of COVID-19. As the Times notes, Ardern has rolled out a three-stage plan in an effort to “make everyday life a little easier.”

“Starting on Tuesday, residents of Auckland, for the first time since August, will be permitted to meet with members of other households outdoors,” the Times reports. “Younger children will return to classrooms, and there will be a more permissive approach to outdoor exercise at the city’s parks, nature reserves and beaches.”

Ardern said New Zealand will not lift its lockdown entirely until widespread vaccination is achieved. Currently about 79% of New Zealanders 12 and older have received at least one shot, while 48% are fully vaccinated, a rate that is well below most European nations and the vast majority of US states.

Why Are Nations Still Locking Down?

The decision to continue to use lockdowns despite their ineffectiveness and adverse consequences seems irrational, but economic theory can help explain why authorities continue to use them.

For starters, the economist Murray Rothbard has observed that the state’s very existence is predicated on the idea that government is a necessary component of society, not merely a legitimate one. In his famous work Anatomy of the State, Rothbard explained in detail how the state enlists experts to convince the public that its actions are just and benevolent.

“Since its rule is exploitative and parasitic,” Rothbard wrote elsewhere, “the State must purchase the alliance of a group of ‘Court Intellectuals,’ whose task is to bamboozle the public into accepting and celebrating the rule of its particular State.”

Rothbard’s logic explains part of the story, but a second reason can be found in basic incentives. New Zealand’s lockdown decision appears to be a textbook example of public choice theory, an economic theory pioneered by Nobel Prize-winning economist James M. Buchanan.

Buchanan understood that public officials arrive at decisions based on self-interest and incentives — just like everyone else. And this is the crux of public choice theory, it rejects the idea that public servants are motivated to promote “the common good.”

Buchanan saw that politicians and bureaucrats do not become altruistic angels simply because they get a government job. Instead, they make calculated decisions based on personal incentives just like people in other institutions, and sometimes these decisions run counter to “the common good.”

How Ardern’s lockdown decisions play out politically remains to be seen, but it’s worth pointing out that she has already been attacked from the left for abandoning her hardline zero COVID strategy.

“The PM says we must now live with the virus,” Guardian writer Morgan Godfery said. “But the ‘we’ means these same lines of inequality. The virus will now burrow in gangs, the transitional housing community, and unvaccinated brown people.”

The simple truth is that for most of the pandemic, the greatest risk to the majority of politicians and public officials was appearing to “not care” about COVID-19. Any collective action to combat the virus, even actions that were useless or even harmful, were better than no action from a purely political perspective.

Many people simply assumed that good intentions would yield good results, erroneously concluding that central planners possessed the knowledge to effectively guide everyone through a pandemic if they simply had the power.

Fortunately, it appears nations around the world are finally beginning to recognize that experts don’t have the power to eradicate COVID-19.

With New Zealand, Australia, and Singapore abandoning the goal of eradicating the virus, the change, the New York Times reports, “has left China as perhaps the last major country to pursue a Covid-zero approach.”

It should come as little surprise that the Chinese Communist Party is the last group in the world refusing to recognize that the state lacks the knowledge and ability to eradicate a respiratory virus if they just centrally plan hard enough.

The tragedy is that so many nations followed China’s lockdown example in the first place.

Jonathan Miltimore is the Managing Editor of FEE.org. His writing/reporting has been the subject of articles in TIME magazine, The Wall Street Journal, CNN, Forbes, Fox News, and the Star Tribune. Originally published at FEE.org. Republished with permission.