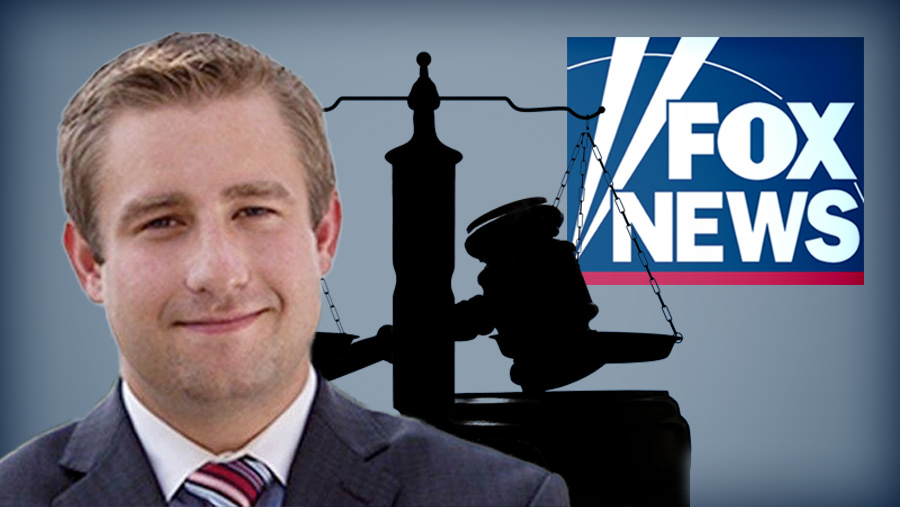 Just over four years ago, in the heat of the 2016 election season, DNC staffer Seth Rich was murdered on the streets of Washington, DC. His murder remains unsolved. At the heart of the case lies one crucial mystery: Did Seth Rich supply Wikileaks with the DNC emails that were published shortly after his murder?

Uh-oh. Al’s got his tinfoil hat on. How dare we speak of this right-wing conspiracy theory? Everyone knows Russia hacked the emails. And even Fox News retracted its story.

Well, put aside your talking points. The judge in the Rich family lawsuit against Fox News is now insisting Wikileaks founder Julian Assange provide some answers.

Assange is the One Who Connected Rich to WikiLeaks

Fox News wasn’t the first to connect Rich with Wikileaks. It wasn’t “right-wing conspiracy theorists.” In fact, it wasn’t even Bernie Sanders supporters miffed at discovering from the DNC leaks just how far the party had gone to railroad Bernie’s candidacy. It was Wikileaks founder Julian Assange.

In an interview with Dutch TV, Assange spoke of the danger of being a WikiLeaks source, and how “a 27-year-old who works for the DNC was shot in the back, murdered.”  He doubled down in an interview with Megyn Kelly. WikiLeaks then put out a $20,000 reward for information leading to Seth Rich’s killer or killers. The reward was later raised to $130,000. Assange has never directly said Rich was the source. But he has insisted since the DNC emails were published that he did not get them from Russia.

Assange associate Craig Murray backs up Assange’s claim, says he was handed the files in wooded area by American University in DC by a “disgusted” Democrat.

Also, a reporter named Ellen Ratner met with Assange for three hours the weekend before the 2016 election. She recalled in an interview you can see on YouTube that Assange told her the Russians had no involvement. The emails came from an internal source in the Hillary campaign. (Keep in mind, Rich worked for DNC, but had just been offered a gig with the Hillary campaign. Not incidentally, Ratner’s brother was Assange’s lawyer.)

In 2017 Fox News posted an article titled “Seth Rich, slain DNC staffer, had contact with WikiLeaks, say multiple sources.” The article cited an anonymous federal investigator, who claimed to have reviewed the FBI forensic file on Rich, and seen emails between Rich and Wikileaks. Fox News retracted the story, stating “the article was not initially subject to the high degree of editorial scrutiny we require for all our reporting.” They did not say the story was proven false.

A year later the Rich family sued. They claim the network inflicted intentional emotional distress by slandering their son. They say the story painted him as a “traitor and a criminal.” (How painting Seth Rich as a whistle-blower slandered him as a traitor and criminal has never been explained.)

The lawsuit has now entered the discovery phase. And here’s where things get interesting.

This week, US Magistrate Judge Sarah Netburn requested testimony from Assange himself. Moreover, she is requesting international assistance via the Hague Convention to get it. The testimony is the heart of the case. Assange can quickly let the judge know whether the story was a “sham,” as Rich Family lawyers claim. Or “substantially true,” as Fox News claims.

Judge Netburn has 20 questions for Assange, who currently sits in a UK jail cell. These include how and from whom did Wikileaks get the DNC emails, and the question of the hour: Did Seth Rich play any role in it?  The court wants a response from the UK by September 1. Epoch Times reports, if the “royal court oblige, the interview of Assange would proceed via video conference.”

Going forward, we must keep a few more facts in mind.

As Epoch Times notably reports, CrowdStrike had been contracted to protect DNC computers from hackers about half of the period covered by the stolen emails. Were they so incompetent they missed a hack on their watch? Or, is it true, as former NSA employees insist, that it never was a hack. The emails were downloaded by someone with access.

Still, CrowdStrike publicly pushed the “Russians did it” angle, and their work was the basis for all the claims by the likes of CIA director John Brennan, Director of National Intelligence James Clapper and FBI director Jim Comey.  Remember, the FBI never inspected the DNC computers. The DNC would not let them. They relied on data from CrowdStrike.

“Russia hacked the DNC” was gobbled up hook, line and sinker by Robert Mueller and the Special Counsel. The Mueller team never bothered to interview the one guy who knew best, Julian Assange. (Ignored by the media: The Mueller Report hedged on Russia’s involvement, and their timeline requires Assange to be a time-traveler. See here.)

Very crucial point: CrowdStrike was paid for its DNC work by the law firm Perkins Coie, which was paid millions by the Hillary campaign and Obama’s political group in the 2016 election cycle. Perkins Coie is the firm that paid Fusion GPS to create the Trump Russia Collusion dossier. In other words, the same people who lied about Trump being a Russian agent are the same people telling you Russia hacked the DNC.

Go one step further: The”Russia hacked the DNC” meme is foundational to the FBI’s excuse for launching Crossfire Hurricane. Their story: Russia hacks the DNC, gives emails to WikiLeaks. George Papadapoulos mentions he had heard Russia had dirt on Hillary. Papadapoulos is a Trump advisor. Ergo, Trump campaign knew about Russian hack in advance. And we have to spy on them to get to the truth about Trump.

For three years, Fox News has been mocked for its claim that the FBI had seen emails between Rich and WikiLeaks. The FBI insisted it had no involvement whatsoever in the Seth Rich case.

One problem: Judicial Watch uncovered an email exchange between Peter Strzok and Lisa Page right after Assange spoke of Rich’s murder that mentions Rich. The email chain indicates the FBI’s Washington Field Office had at least some interest in the case. In February 2020, Judicial Watch sued to get all FBI records related to Seth Rich. Perhaps the FBI involvement was minute and trivial. Fine. But with the same Obama FBI at the time working hand in hand with the same Clinton DNC to set up Donald Trump, we have reason to wonder.

Four years on, the mystery of who killed Seth Rich and why remains. Officially, it’s still an open investigation. Even if Assange testifies Rich was his source, that doesn’t necessarily mean that’s why he was murdered. And even if he says the source was someone else, he forces an uncomfortable question: Why were the DNC, Obama FBI and CIA, and Mueller Special Counsel so determined to deflect attention from the possibility of an inside job? So determined, they ignored Assange’s own statements? So determined, they relied on a conclusion offered, without scientific basis, by a tech firm paid by Hillary Clinton’s go-to-law firm?

It also raises the question of why the media refused to question the narrative being sold them. And instead took part in a coordinated PR campaign to mock and ridicule (and harass) those who brought up the name Seth Rich.

On July 10, 2016, Seth Rich was shot in the back and left to die. Julian Assange can answer whether he was a whistle-blower. (A true whistle-blower, not the kind touted by the likes of Adam Schiff.) Assange’s answer may go a long way in determining whether being a DNC whistle-blower got Seth Rich killed.

And why so many powerful people forced America to look the other way.

The truth is still to be had. Let it come, Lord, let it come. For Seth, and the sake of Justice. 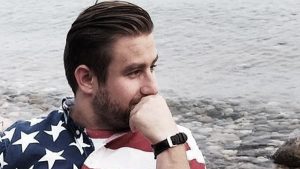