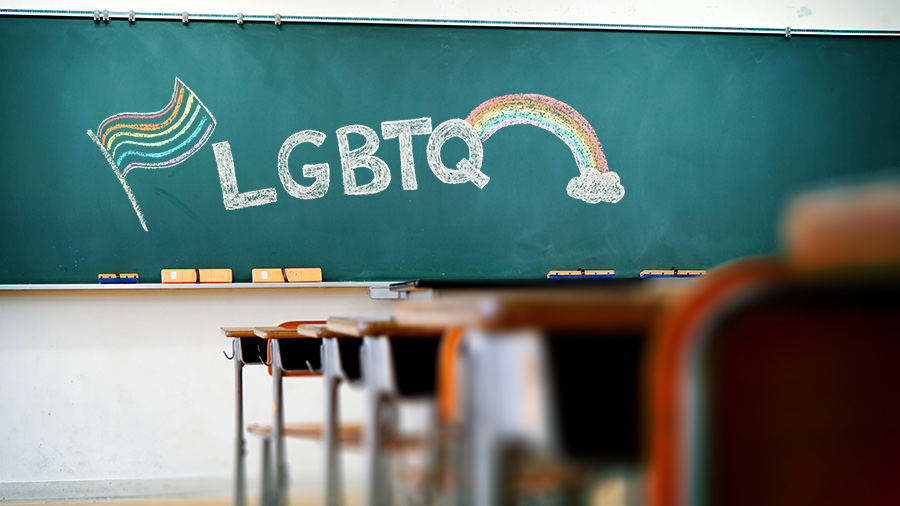 A rally this weekend will give New Jersey parents an opportunity to oppose a new state law requiring public schools to teach children about the “political, economic, and social contributions” of lesbian, gay, bisexual, and transgender individuals.

The new law also requires schools to stress such contributions made by disabled persons, but it’s the LGBT education component that prompted organizers to plan the rally.

“But they are twisting it around to say that anyone who is LGBT, they’re going to explain what they did, who their relationships were [with], and incorporate it as gay and lesbian and bisexual people are the history-makers,” Jakelsky, a paralegal by training, said.

New Jersey Gov. Phil Murphy, a Democrat, signed the legislation into law Jan. 31, and it is set to go into effect for the 2020-2021 school year.

Jakelsky is among those organizing the rally Saturday from 11 a.m. to 2 p.m. in front of the New Jersey State House in Trenton to help educate and mobilize parents to oppose the state law.

“We have no hope of fighting this through the legislative [process] so the only option is to rise up or to have a lawsuit,” she said.

The Facebook page with information about the rally says the event will include over 15 speakers, including R.J. Snell, director of the Center on the University and Intellectual Life at the Witherspoon Institute and a lecturer at Princeton University.

“This rally has been organized to notify parents about the new law that Murphy signed in January to mandate that LGBTQ ‘history’ is placed into ALL public middle school and high school curriculum starting in the 2020-2021 school year,” another Facebook post reads.

It says the rally is for those who want to speak the truth, defend parental rights, preserve religious liberty, and assist parents of children in public schools to collaborate with school boards to “protect their children and perhaps fight for Christian world views to also be taught.”

In 2013, state legislators in Colorado passed legislation on sex education that required students to undergo “culturally sensitive” sessions. This meant “sex ed lessons would incorporate minority perspectives on sex that had not previously been represented in sex ed—including LGBT individuals, but also other groups,” Stephanie Curry, policy manager for Family Policy Alliance, wrote in a recent commentary in The Daily Signal.

A new bill in Colorado’s Legislature would “prohibit religious, moral, and ethical perspectives on sex from being discussed in the classroom” and ban speech that promotes abstinence, Curry wrote.

Family Policy Alliance’s vice president for strategy, Autumn Leva, wrote in another commentary for The Daily Signal that the Equality Act, a priority bill for House Speaker Nancy Pelosi, is being used to “manipulate schoolchildren to carry water for the LGBT political agenda—whether their parents like it or not.”

The Equality Act would add sexual orientation and gender identity to characteristics—race, color, religion, sex, and national origin—already protected from discrimination under the 1964 Civil Rights Act.

Emilie Kao, director of the the DeVos Center for Religion and Civil Society at The Heritage Foundation, told The Daily Signal in an email that the Equality Act would harm any victories that parents have gained at keeping LGBT policy and curriculum at bay.

“The Equality Act could override the efforts of parents across the country, like those in New Jersey, to preserve their freedom to teach their own children about sexuality, marriage, and biology at a time and manner of their choosing,” Kao said, adding:

The act would codify in federal law certain viewpoints about sexual orientation and gender fluidity while censoring and punishing nonconforming viewpoints. All people should be treated with dignity and respect, but federal legislation should not determine that all students learn about homosexuality and transgender theory in their school curriculums.

Jakelsky said her goal is to bring attention to the issue so that parents will be able to opt out of New Jersey’s LGBT education programing.

“What we think is going to happen is that we’re going to find a way to work with the school board to be able to give the parents an opportunity to opt out, or at least be notified when this [LGBT material] is being part of the lesson plan,” Jakelsky said.

She said organizers of the rally want to protect children and give parents a say in their children’s education.

“All of us feel very passionate that this is a mission we are called to do, and we are just determined to stop this from being implemented, or provide parents a way to protect their children,” Jakelsky said.