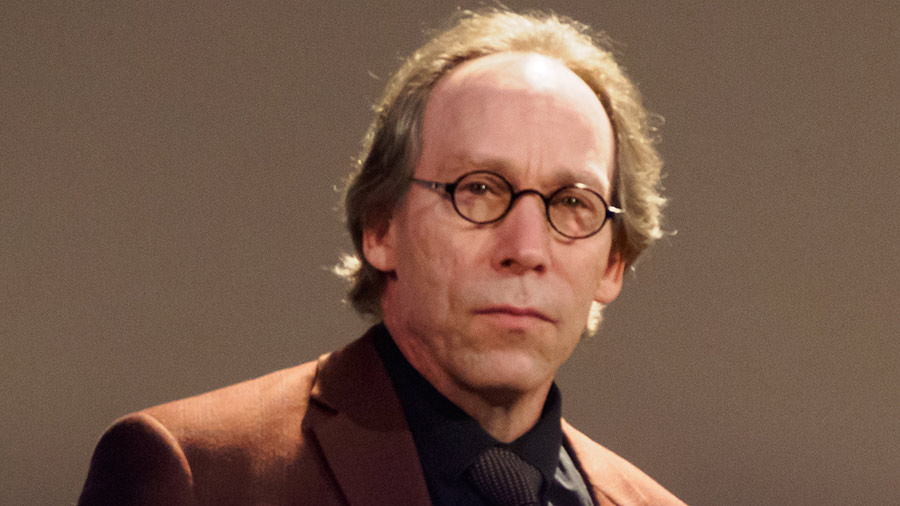 Can we follow Christ as far as praying for a sworn enemy?

Lawrence Krauss is a theoretical physicist at Arizona State University, and until recently he was chairman of the prestigious Bulletin of Atomic Scientists. He’s also a bona fide enemy of Christianity.

He would not object to my characterizing him that way. One of his life purposes is to do all he can to defeat and destroy Christianity. For that reason, with Jesus Christ himself instructing us to do so, we should be praying for him.

Meanwhile, for completely different reasons, we should be praying for a large group of women with whom he has worked or conferenced.

A recent Buzzfeed article has revealed “many wide-ranging allegations of Krauss’s inappropriate behavior over the last decade — including groping women, ogling and making sexist jokes to undergrads, and telling an employee at Arizona State University, where he is a tenured professor, that he was going to buy her birth control so she didn’t inconvenience him with maternity leave.”

Krauss denies the allegations. A previous employer, however, Case Western Reserve University in Cleveland, had already restricted him from campus due to allegations like these. Arizona State has placed him on paid leave. He has resigned his leadership position with the Bulletin of Atomic Scientists over these allegations, and he’s also cancelled a May 2018 speaking tour in New Zealand.

So while the allegations are unproven at this point, they seem to carry at least as much weight as many others unearthed through the #metoo movement.

My Own Temptation to Respond Wrongly

Krauss is a leading light in the New Atheist movement. Not only does he show deep disdain for Christianity in his public appearances, he’s often really rude about it. In a debate with Christian philosopher William Lane Craig, he opened his remarks by saying he “detests” Craig’s position (around 24:30 here). Things became only marginally better from there. He’s disrespectful throughout.

Other leaders in the New Atheist movement are now distancing themselves from him, albeit reluctantly in many cases.

I’ve been observing Krauss’s discourtesy for several years now. He’s the prominent person in this story, so it’s tempting to focus on him and forget the women involved. Worse yet, it’s tempting to gloat, just as atheists have often done when they’ve seen pastors in moral failure. I don’t need to do that. Christianity is true if atheists behave badly, and it’s true if they behave well. Nothing important is proved either way. Nothing good is accomplished from gloating — especially for the victims.

Can we follow Christ as far as praying for a sworn enemy?

To Pray for an Enemy, and for Victims

So the real question we must face is how true — i.e., how faithful — our own Christianity is. Can we follow Christ as far as praying for an enemy?

It couldn’t be a prayer that all this would come out just fine for him with respect to his job, to civil complaints, or even the law, if these charges are true. If he has hurt women he must face the consequences. That’s as it should be. Still, though, we can pray that he will experience the grace and forgiveness only God can give, and which He has given men and women who have committed even worse violence.

Meanwhile, we must also pray for healing and wholeness for any women he may have mistreated sexually. He’s a man of great social power with a strong global reputation in his field. That is, just the sort of man who can do the worst kind of damage, if he lets himself do so.

So I close with the prayers I would urge us to pray for this one prominent man, and the many women who are coming forth saying he’s treated them wrongly.

And we pray for Lawrence Krauss, that you would bring him to a place of correction, both for his own sake and for the sake of anyone he may be associated with in the future. We pray that he would come face to face with his own sin, and recognize his need for a forgiving Savior. We pray he would turn to that Savior, Jesus Christ, for forgiveness. In Jesus’ name, amen.