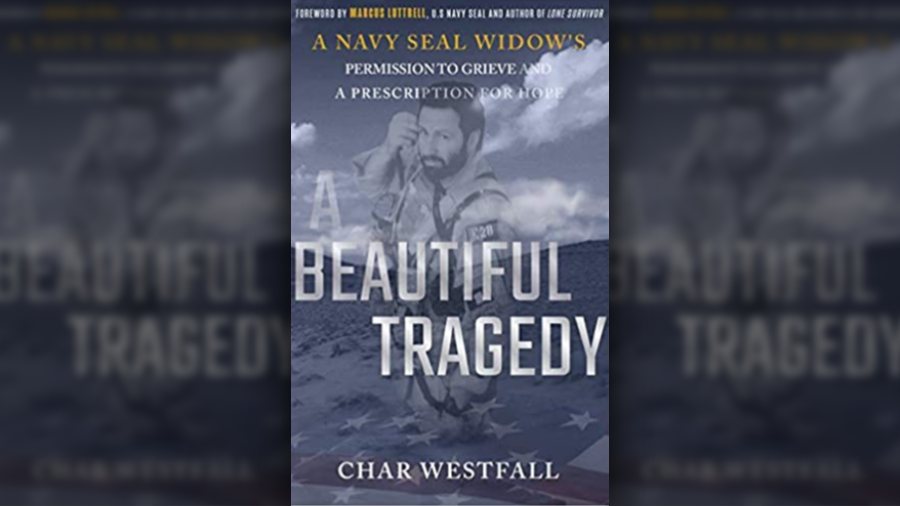 She remembers the screams and sobs of her friends.

The young military wife of a Navy SEAL deployed overseas hosted a weekly dinner at her home. Like each week, her house was filled with people that night — friends and neighbors from the military community. The reality of what was happening hit her when she saw the men in uniform at her door.

It’s a scene from Char Westfall’s new book A Beautiful Tragedy: A Navy SEAL Widow’s Permission to Grieve and a Prescription for Hope. (The story of her husband, Jacques Fontan, and his fellow SEALs in Operation Redwing is told in the bestselling book Lone Survivor by Marcus Luttrell. Lone Survivor was also made into a movie by the same name starring Mark Wahlberg.)

Char was only 29 when Jacques was killed in Afghanistan. A group of SEALS were killed when their helicopter was hit by a RPG. The men were en route to help other SEALs whose mission had been compromised. Sixteen SEALs died that day in June, 2005.

After the deaths were confirmed, Char, her sister, friends and other SEAL wives began making plans for the memorial services. Buying the dresses at a local mall was incredibly difficult. To this day, that brand of dress brings back painful memories and a sense of extreme loss.

You Don’t Go Through It Alone

Before Jacques’ death, Char was a strong Christian. But his death changed that. “I turned away from God and my faith in the beginning, so I can’t say that I relied on God because I didn’t.” She was angry at God for taking Jacques.

But looking back, she sees how God helped her through that painful time. He put a friend in her life who encouraged her. “He got me out of the house, made me brush my teeth, made me take a shower. “[He’d say] ‘Hey, I’m going to pick you up and take you on the golf course,’ and that sort of thing.” He encouraged her to go back to church. It wasn’t until she began going back to church and get counseling that she began to heal. It wasn’t easy or quick. “[I] was a year into it before I started making the change in seeking help. And then I would say another 1-2 years that I really started kind of feeling healthier and much more stable emotionally.”

Some well-meaning people told her that she suffered the loss of her husband because God knew she was strong enough to take it. Her pastor disagreed. He told her “‘Char, nowhere in the Bible does it say that. What He says is everybody — Christians included — are going to fall on hard times and tragedy is going to strike and different things are going to happen. And I will never leave you to go through that alone.'”

When she heard that, her whole journey changed. It made sense. “Because then I could look back and see where He put this friend in my life. … I feel like my faith then made a really huge turn and I grew exponentially in year 2, 3 and 4 of my grief.”

Fifteen years later, Char remembers the pain of losing Jacques. Now she tells her story in her book and hopes it will help others.

“Everybody goes through grief at some point,” Char told The Stream. “My goal was to just show people that … with the grief process, with their faith, they’re not alone and it’s okay.” There are no 12 steps to complete that will make grief go away. “There’s nothing that can be said,” that will take away the grief. “It’s part of me every day, whether anybody sees it, there’s not a day that goes by that I don’t think about what happened to me or think about Jacques and my life.”

People have a choice on how to handle grief. “So, once I made the choice to start healing and I made a turn, I figured out that the best way to live and honor Jacques was to keep living and honor what he wanted me to do and to be a wife and a mom. So I can make him proud.”

Char went on to marry her friend who helped her during the first years of grief. They now have three children.

She doesn’t pretend to have all the answers. But she wants to help anyone, military or nonmilitary, who is dealing with grief. She hopes to do that with her new book. “I just want to continue to help where I can, continue my healing process and just share my journey as much as people need to hear it. And wherever God wants to lead me, that’s where I’m going to go.”