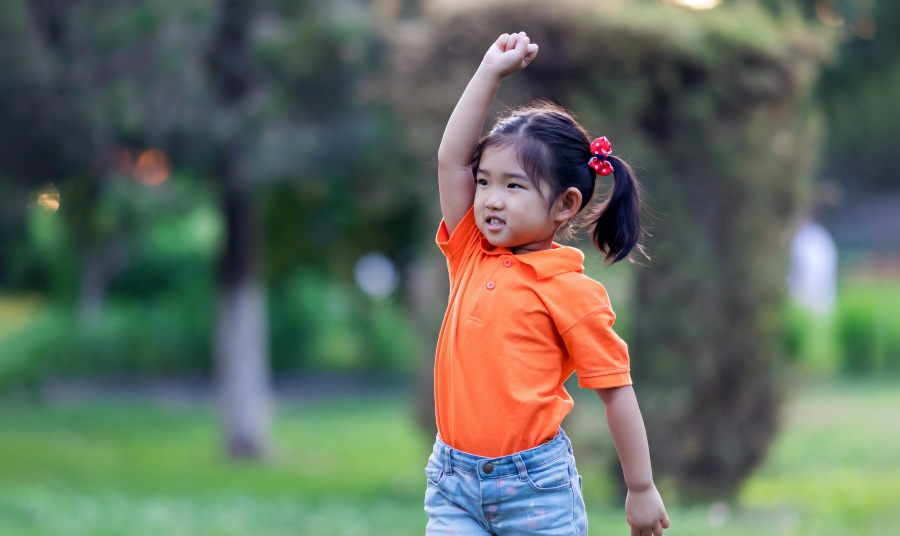 Back during the Chinese Cultural Revolution (1966 – 1976), my dad taught at a college. Everyone who held a job in the college was given a place to stay at the college. Usually, it was an apartment. Three kinds of people lived in our apartment complex: Communist cadres, workers in the college factory and professors. More often than not, cadres occupied the best units. Professors belonged to the despised group.

My family seemed to always live in the worst unit, hot in the summer and cold in the winter. Factory workers were considered morally superior to intellectuals. They strode with large strides with their heads held high; professors trod with small steps with their tails tucked between their legs like dogs. My father advised us to act discretely in front of factory workers and their families.

A Bully Gets His

When I was 8 and my sister was 5, we would often play outside with other children in the evening. There was a boy in our apartment complex who was a bully. Everyone feared him. I always tried to avoid him because I was also afraid of his dad who was a factory worker. He looked tough and belligerent.

One evening, the boy, who was much taller than my sister, pushed her around. It was not the first time he had done this to her. Finally, my sister had enough. Not able to reach his face with her fist, she jumped up and with all her might threw a hard punch at his face. He did not anticipate this blow and fell to the ground. Getting up, he let out a loud cry, running back to his apartment.

Less than a minute later his father came out shouting obscene words. By then, other kids began to gather around me and my sister. I was shaking as leaves blown by a strong wind. His father walked up to me and asked his son, “Was it she?” The boy shook his head and pointed at my sister. Others burst into laughs. When his father looked down and saw a little girl half the size of his son, he knew exactly why others were laughing. Humiliated, he caught his son by his collar, dragging him back to their apartment.

Apparently, the father’s ego was severely injured. He didn’t bother to report the incident to my father’s superior because that would have broadcast his humiliation. That boy did not come out to play for many days and we enjoyed a period of peace.

Not everyone has the kind of courage my sister demonstrated. Nonetheless, bravery is often the determinant factor at watershed moments in history. Had 10% or even just 5% of German Christians stood up to resist Hitler as Dietrich Bonhoeffer had done, would countless innocent lives have been saved across Europe?

The Fearful Mother Whose Parents Came From Communist Poland

After living in different political and cultural systems, I’ve come to believe that the predominant strength of a culture is often also its cardinal weakness. America, the land of liberty, offers unprecedented freedom, human dignity and prosperity. Unfortunately, the characteristics that mark this great nation are also the features that have the potential to impose unparalleled damage to our society, depriving citizens the ability and willingness to recognize evil.

The other day at a grocery store, I overheard a young mother complaining to the cashier that her two-year-old son might be forced into taking the jab. Later, in the parking lot, she related to me that her parents came from Poland. As soon as the mask mandate was issued, they knew the restriction was not just about the virus. Having seen how Marxists took over Poland step-by-stealthy step, they knew the playbook. They recognized the undeniable trademark of Marxists in America. The couple could hardly believe that this could ever happen here.

However, what shocked them most was how unconcerned Americans were when the government violated our constitutional rights citing the virus as an excuse. Though her parents had done all they could to warn others about the menacing reality, their warning had often hit a brick wall. They couldn’t understand why the best system in history could produce such debilitating effects on its citizens!

That’s precisely my frustration as well. For me, trying to convince Americans about the present danger of losing freedom is as difficult as teaching a toddler calculus. An insurmountable task!

Even if I were able to miraculously persuade Americans about the current colossal threat, they would still be indifferent, unwilling to stand up to fight tyranny. Only in America is being “nice,” accepting others, tolerating controversial beliefs and affirming others’ actions considered the pinnacle of morality! Those who question and criticize certain practices in our society are often viewed as immoral and “hateful.”

Regrettably, before the pandemic — or plandemic as I call it — started, we had already been programmed by our culture to believe whatever the government tells us. As such, our government does not have to prove anything to us because most are unable or unaware of the need to think critically. Tragically, some of us even view our liberty and inalienable rights as dangerous. For them, our liberty has inadvertently become the unacceptable risk to our safety.

It’s time to stop uncritically accepting the government’s propaganda. Have we asked ourselves how many times the government has changed their narrative? Why promising treatments have been suppressed? Why were physicians prevented from prescribing medications for the healing of the sick as is ordinary custom?

Why has the jab become the only acceptable antidote to COVID? Have we asked who is financially benefiting by the crisis and the jab? Have we asked why we should be forced into taking the injection that has not completed clinical trials?

Why can’t taking the jab be left as an individual choice? Why is this virus treated different than nearly identical viruses? Why, whenever we think life is going to return to semi-normal, government dashes that dream and tightens up control?

It’s Time to Leap Up

The virus itself is real. Nonetheless, it has been used by the government and the powerful to advance their own interest. We’ve been fooled and bullied. If we do not stand up and confront bullies by practicing mass noncompliance, the crisis will never end! They will always find another excuse to shut down our society until one-by-one our rights are taken away and we’re left with neither willpower nor ability to regain our freedom.

Bullies are like the boy my sister beat up. They bully because no one opposes them. My sister’s story proves that the powerless can become powerful. We can leap up and swing as hard as we can.

All we need is courage!