My Quest for Comirnaty Leads to Mandates Built on Sand 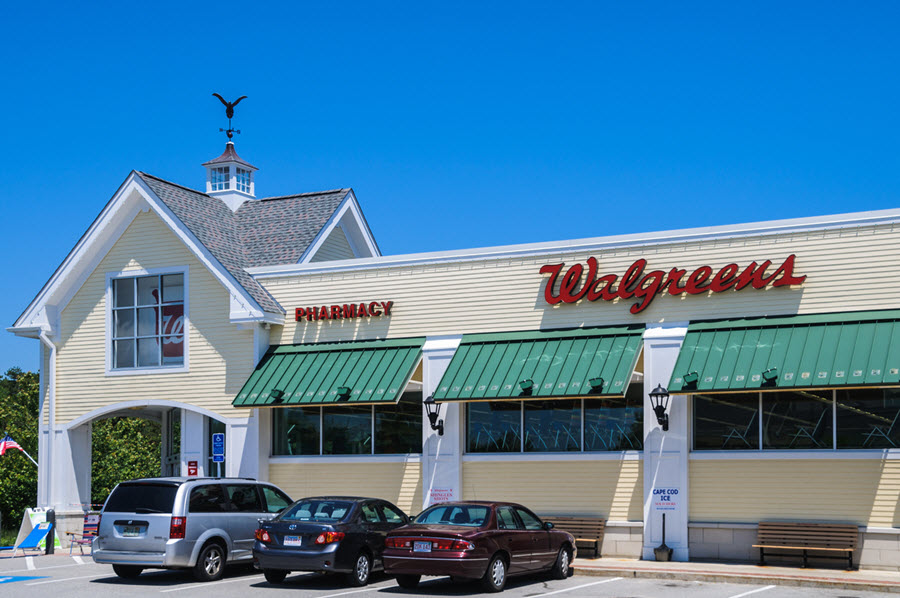 “To be honest, I’ve never even seen Comirnaty in the wild.”

It was the first answer a Walgreens pharmacist gave me, this one in Salt Lake City, but it wouldn’t be the last. Nine conversations later — after speaking with pharmacists from East to West Coast and in large cities in between ­— their answers parrot­ed each other in almost identical two-minute conversations:

Me: “Hi. Do you administer the Pfizer vaccine at this location? Yes? Great!! Can you do me a favor and check the labels of your vaccines in stock? Let me know if they say ‘Pfizer-BioNTech’ or ‘Comirnaty.’ I understand that the formulations are supposed to be the same, but the vaccine under the Comirnaty label is actually the only one that’s been approved by the FDA. Thanks so much.”

Pharmacist: “The Pfizer vaccine we have is labeled ‘Pfizer-BioNTech COVID-19 vaccine.’”

Me: “So, just to confirm, you don’t have any vials labeled ‘Comirnaty’? Nothing else in stock?”

Pharmacist: “All I have is Pfizer-BioNTech.” (Except for the pharmacist in Los Angeles who replied, “What’s Comirnaty?” Not the answer I expected, but that also answers my question.)

In addition to Salt Lake City and Los Angeles, I spoke with pharmacists in New York, Chicago, Miami, Seattle, Houston, Kansas City, Orlando and Boston. Not one of the stores I called actually stocked — or administered — the only COVID injection approved by the U.S. Food and Drug Administration.

I googled, “Where can I get a Comirnaty vaccine near me?” and “Where is the Comirnaty vaccine available?” Search-engine results led me to websites for Comirnaty and the FDA. The only problem is once I clicked on those websites, to borrow the famed lyrics of U2, “I Still Haven’t Found What I’m Looking For.”

I even reached out to the FDA through their website and by phone to see if they could point me to a location of where to get the Comirnaty-labelled vaccine. I was only able to leave a voice message, but as of this publication, I have not yet received a response. Their auto-reply said it could take up to five days.

This isn’t hard: Please just give me a brick-and-mortar location of where I can get your FDA-blessed COMIRNATY-BRANDED vaccine. Today, thank you. Crickets.

I set out on my own investigation after reading a Newsweek article fact-checking statements made by Sen. Ron Johnson (R-WI) on a recent Fox News Primetime interview. Newsweek gave him a “False” reading on its Truth-O-Meter, and I decided maybe Newsweek needed a Truth-O-Meter reading of its own. What did Sen. Johnson say that so triggered Newsweek? Did his words expose a false foundation for vaccine mandates that, if legally dissected, bring the whole house of cards down in one fell swoop?

Baring the Facts on the FDA-Approved Shot

We do not have an FDA-approved vaccine being administered in the U.S. The FDA played a bait and switch. They approved the Comirnaty version of Pfizer drugs. It’s not available in the U.S. They even admit it. I sent them a letter three days later going, “What are you doing?”

What they did is they extended the emergency use authorization for the Pfizer drug vaccine that’s available in the U.S. More than 30 days later, they haven’t answered that very simple question: If you’re saying that the Pfizer drug is the same as the Comirnaty, why didn’t you provide FDA approval on that? So, there’s not an FDA-approved drug…”

Indeed, the FDA, in a letter dated Sept. 22, 2021, states, “Although COMIRNATY (COVID-19 Vaccine, mRNA) is approved to prevent COVID-19 in individuals 16 years of age and older, there is not sufficient approved vaccine available for distribution to this population in its entirety at the time of reissuance of this EUA.”

Newsweek interpreted: “Its language does not imply there are no COMIRNATY doses available in the U.S.— merely that there were not enough vaccines for those aged 16 and above.” Newsweek went on to say they contacted the FDA to ask if Comirnaty-labeled doses were currently available in the United States, yet the article omitted whether or not the FDA answered. The article then pivoted to pointing out that Walgreens states that Comirnaty is available at its stores.

That’s when I decided to spend Friday afternoon calling Walgreens across the country. I made sure I called stores located in the heart of our metropolises—you know, the ones where lots of people are? I thought, surely if Comirnaty were available, initial shipments would go straight into locations with high population density. Like the Walgreens I called a few blocks from the Empire State Building in Manhattan, right? Oh, sorry, just not that one.

Blurring the Lines in Marketing

Except there’s one problem: The two injections are not the same according to the law. While the Comirnaty website says, “COMIRNATY (COVID-19 Vaccine, mRNA) is also known as Pfizer-BioNTech COVID-19 Vaccine,” the two are legally separate products. The FDA disclosed this in Footnote 1 in its fact sheet for Pfizer-BioNTech and Comirnaty products, stating, “The products are legally distinct with certain differences that do not impact safety or effectiveness.”

There is a legal difference between products approved under authorization of emergency use (EUA) compared with those the FDA has fully licensed. The FDA issued another letter for the existing Pfizer shots which confirms they are still under EUA, are not fully approved and have a liability shield. That means people must be told the risks and benefits, and they have the ‘option to accept or refuse’ the product. The federal Emergency Use Authorization law and the FDA, including the FDA Fact Sheet, state unequivocally that each person has the ‘option to accept or refuse’ the shots.

Both Senator Johnson and Liberty Counsel call what the FDA did a “bait and switch” by announcing the agency approved its “first COVID-19 vaccine” in order to push the shot mandates and protect Pfizer from being held liable. The injection labeled “Pfizer-BioNTech,” on the other hand, is still considered experimental under the law.

“So, there’s not an FDA-approved drug and, of course, they announced it so they could push through these mandates,” Johnson said. “People actually think, ‘Oh, okay, now these things are FDA approved.’”

What does that mean for the 100 million Americans affected by the Biden administration’s call for vaccine mandates in both the public and private sector?

“This means every individual has the right to accept or refuse the shots. Every vaccine mandate that forces people to get the shots is violating the federal EUA law,” says Mat Staver, founder and chairman of Liberty Counsel.

Hey Walgreens, you may want to change the website.

Annemarie McLean is a writer for Liberty Counsel, a nationwide public interest civil liberties law firm committed to restoring the culture, advancing religious freedom, protecting the unborn, and strengthening the family. In 2012, she  founded 3D Missions, an international outreach taking the Gospel to the nations through the performing arts, and co-founded Brave & Beautiful, a platform empowering young women to live, love, and lead courageously. She holds a journalism degree from Oral Roberts University, with graduate work in organizational leadership at Palm Beach Atlantic University.