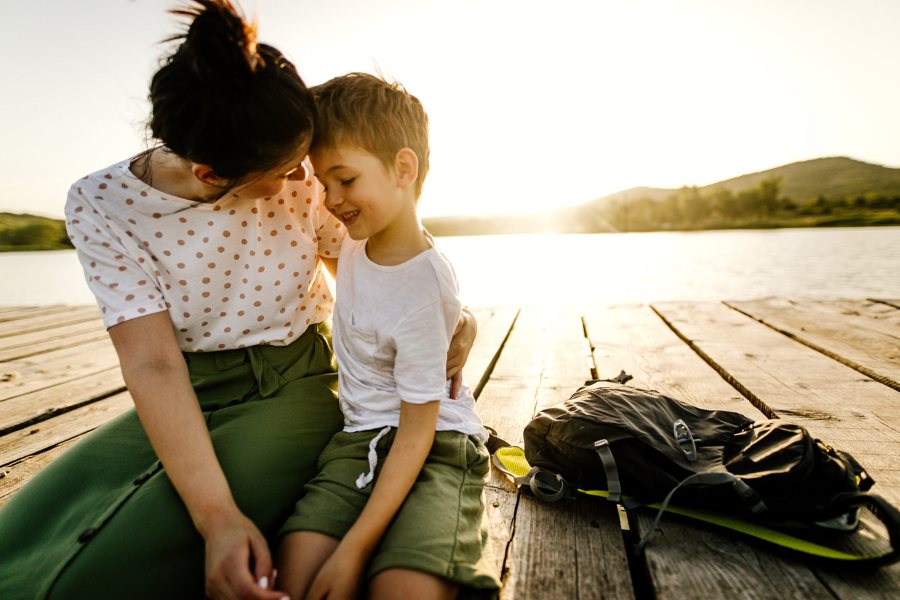 She recently passed away at age 90. At the service in Maryland, I recalled Mom’s beautiful, transformative and deeply Christian ability to affirm others.

Affirmation is not the same as love, respect or even acknowledgment. America is awash in a therapeutic, resentful culture that demands obeisance to others based on their race, sexual orientation, weight, whatever. This is much different from affirmation.

A Source of Strength

Affirmation is when you express to another person that he is a creature of God whose simple existence brings you joy, delight, happiness. This is done through facial expression, voice, touch and even body language. It does not preclude the possibility of criticism the way most other self-help treatments do. It says: It is good that you exist. You are worthwhile and you are strong enough to face what life throws at you.

When he went off to college, he hugged my mom and I heard him whisper, “I never would have survived without you.”

My mom affirmed everybody. She told the guys who cut the lawn they were doing a great job, even as she made sure they had cokes and sandwiches on a hot summer day. She affirmed my friends who would come to visit, beaten down by a bad job or a stressful relationship. “You’ll get through it honey,” she’d say. “Everybody has to go through those things in life. You’ll be fine.” She affirmed Robert Redford, the famous actor whom she met through my father’s job in the 1970s.

When my cousin from Seattle was a freshman at Georgetown University in the 1980s and broke his leg while training for the crew team, my mom went to visit him every day. (His own parents were in Seattle.) “I never would have made it without your mom,” he still tells me. This echoed the words of a kid in our neighborhood who used to spend a lot of time at our house growing up because his parents were going through a bad divorce. When he went off to college, he hugged my mom and I heard him whisper, “I never would have survived without you.”

As I said, affirmation does not mean uncritical praise. My mom was a tough Irish Catholic from outside of Boston. She had standards about dress and behavior. “You’re not going to wear that are you?” my siblings and I would hear before going out on dates. As I said at her memorial service, when I informed her that the doctor had told me I had ADHD, she zinged back, “I don’t think it’s ADHD I think it’s L-A-Z-Y.” She once got fired from an operator’s job for giving away free phone calls to local priests. She expected us to be on time, respectful and polite. Affirming that someone is a child of God meant that the person had a responsibility to act as if he deserved the honor.

Phyllis Mitchell Judge was born on August 9, 1930. She survived a serious car accident at age 9 and after that moved with her family to the seaside town of Scituate, Massachusetts. Her mother died when my mom was a teenager. To help support the family, Mom went to work at a local restaurant and then for the U.S. Army. She served in Japan and, at the end of the Korean War, in a POW camp.

Mom returned to the U.S. and began life as a schoolteacher, first on Cape Cod, then in Wheaton, Maryland. Then she met my dad, a journalist for National Geographic. It was when Robert Redford wrote a story for the magazine that my mother encountered the actor.

The Healing Power of Affirmation

A person who recognized the deep value of my mom’s kind of affirmation was the Catholic psychiatrist Conrad W. Baars. Born in 1919, Baars joined the French underground resistance during World War II. During an attempted escape to Spain over the Pyrenees mountains, his group got lost in a sudden snowstorm and were captured by the Nazis.

After being questioned by the Gestapo, Baars was sent to the Buchenwald Concentration Camp. Because he was a medical student, he was put in charge of nursing the sick. In 1946, Baars came to the United States and became a psychiatrist.

Baars wrote several books about affirmation, including Healing the Unaffirmed: Recognizing Emotional Deprivation Disorder and I Will Give Them a New Heart: Reflections on the Priesthood and the Renewal of the Church.

Affirmation is a three-step process which occurs when one person is the source of unconditional love and emotional strengthening for another person. These three steps are: the person is open and receptive to the goodness and lovableness of the other; over time, the person allows himself to be moved with affection, love, delight, etc., by the other person; and third, the person reveals these feelings to the other primarily through his countenance, tone of voice, gentle touch, etc.

[F]or Christians, this capacity to love is essential in order to live out the commandment of Jesus to ‘love one another’ (John 13:34, 15:12). However, affirmation and affirming living — being open to the goodness, truth and beauty of others, nature, the fine arts, etc. — all of creation — is not limited to Christians. It is simply the nature of every human person to desire to experience happiness in this manner.

Rest in peace, Mom. I never would have made it without you.

Motherhood Didn’t Magically Change Me, But It Showed Me Who I Need