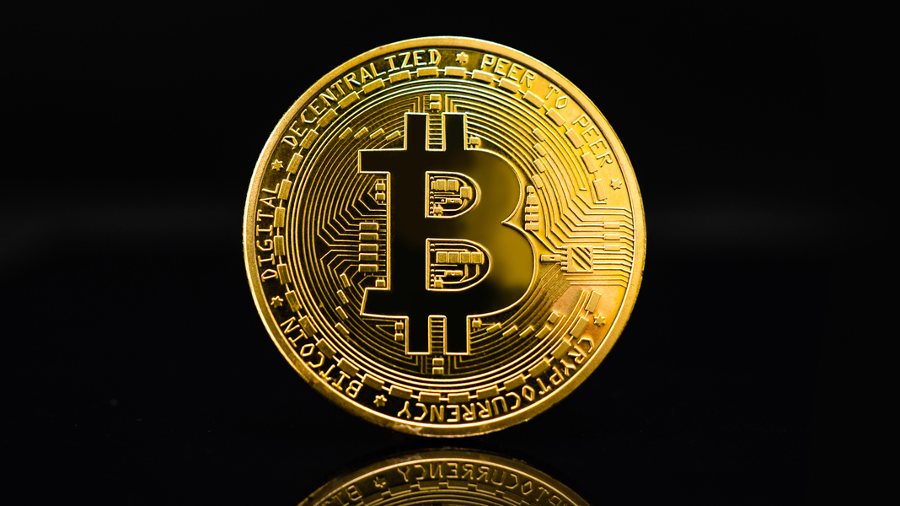 Can we trust the authenticity of the New Testament scriptures? Trust is foundational in the acceptance of scripture. There’s an interesting lesson to learn from a very modern system of trust: money. Even Bitcoin, believe it or not.

An Exchange of Trust

We’ll start with old-fashioned familiar money. Why is a twenty dollar bill worth $20? It’s just a small sheet of paper, after all. The answer is trust. We trust the piece of paper has value because its worth is backed by the United States government.

We also trust that Walmart will give us $20 worth of Doritos if we give them a twenty dollar bill. The cashier might look at us funny, but there’s an exchange of trust regardless of that.

The cryptocurrency Bitcoin doesn’t have any government backing it, but people still use it to buy and sell. They wouldn’t do that unless they had good reason to trust it. Here’s where we find the interesting parallel with the New Testament Scriptures. Bitcoin and the Bible both establish trust in similar ways.

A Bit About Bitcoin

Bitcoin is still new, so I’ll explain how it works. It’s a digital form of currency. Trust in Bitcoin value is maintained through computer software called blockchain. Imagine a large number of short encrypted computer program blocks linked together. Since a large number of links are connected together, the long program is called a chain — a blockchain.

The integrity of New Testament content is untarnished. The message comes through with crystal clarity.

So why should we trust Bitcoin? Why can’t some hacker come in and add a few links saying they own the coin when they don’t? The answer is the Bitcoin ledger. Many users keep copies of all of the links in the blockchain in a single ledger. They continue to update this ledger as more and more Bitcoins are created and traded.

The number of copies being kept of that ledger is hard to estimate, but some estimate it’s in the tens to hundreds of thousands. Every up-to-date copy is the same at any point in time.

Here’s where the trust comes in. No one individual can make an unauthorized change in the Bitcoin blockchain without every ledger owner knowing about it. Those who maintain ledgers own Bitcoin. They have an interest in guarding Bitcoin’s reputation.

Patrolling the Ledger — A Striking Parallel

Bitcoin can be trusted because there are thousands of dedicated Bitcoin owners patrolling the ledger to guarantee its integrity. The piggybank is well guarded. Because it can be trusted, even in the absence of any central controlling authority, blockchains have been used in a myriad of other applications including smart contracts, non-fungible tokens and peer-to-peer transactions.

It’s very contemporary, and it’s also very technical, so what does it have to do with the authenticity of scripture? It turns out there’s a striking parallel between the historical record of scripture and the blockchain ledger. There exists an (unencrypted) blockchain of historical evidence for scripture that establishes its integrity and is next to impossible to hack. Wikipedia gives a good summary:

The New Testament has been preserved in more manuscripts than any other ancient work of literature, with over 5,800 complete or fragmented Greek manuscripts catalogued, 10,000 Latin manuscripts and 9,300 manuscripts in various other ancient languages including Syriac, Slavic, Gothic, Ethiopic, Coptic and Armenian. The dates of these manuscripts range from c. 125 … to the introduction of printing in Germany in the 15th century.

This large number of historical documents corresponds to a blockchain ledger. Its thousands and thousands of links can lead us to trust in the authenticity of scripture, because just like Bitcoin’s blockchain, new fragments could not be easily added, and none could be altered or removed. It would never have made it past of the scrutiny of historians and others guarding the integrity of these records.

Minor differences in the record are of little consequence. The vast majority are on the order of variations in spelling. Others get ironed out by biblical scholars who like arguing about such things.

Other differences are noted in most Bibles so everyone can see them. Many Bible translations, for example, have a footnote in the latter part of Mark 16 stating that it’s not found in all ancient manuscripts. Overall, though, there is a remarkably high consistency of scripture content in the historical record.

The result is that we have a solid record of the life and teachings of the Savior, Jesus Christ, and His early followers. The integrity of New Testament content is untarnished. The message comes through with crystal clarity. It’s not the only way we know Scripture is trustworthy, but it’s an important one.