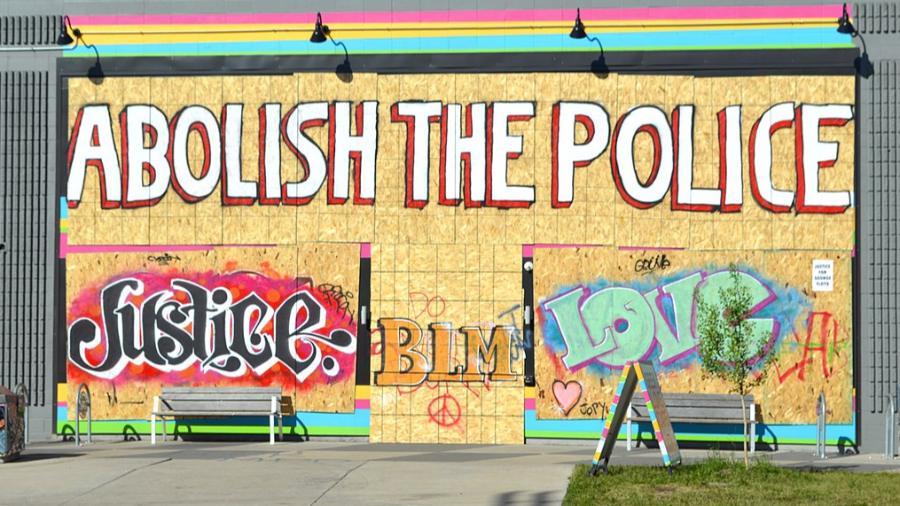 The entrance of a Minnapolis bookstore, Moon Palace Books, boarded up and muralized in response to the George Floyd protests, June 4, 2020.

The Minneapolis Police Department is facing a severe staffing shortage as it struggles to keep up with rapidly increasing crime rates.

The department’s staff has decreased by more than 10%, the Star Tribune reported, since the death of George Floyd who died on May 25 after an officer kneeled on his neck, video of the incident shows. Anonymous officials within the department said the force could lose a third of its officers by 2021.

“The numbers through the city’s human resources do not support that,” John Elder, Minneapolis Police Department spokesman told the Daily Caller News Foundation in an email.

About 40 officers have resigned, been fired or are leaving the department while 75 officers are on medical leave for post-traumatic stress disorder related to the riots that ensued in the wake of Floyd’s death, according to the Star Tribune. However, not a single Minneapolis Police Academy recruit has dropped out.

Meanwhile, 39 people have been killed in Minneapolis this year, a 95% increase compared to last year, CBS affiliate WCCO-TV reported. Yet, police incidents, stops and use-of force are down compared to last summer, the Star Tribune reported.

Further, the police have been accused of establishing no-go zones, where officers will not respond to calls, according to The New York Times. One such zone is the intersection where Floyd died and where a memorial has been set up, which has seen an uptick in shootings and drug overdoses.

“People in this area, they’re not experiencing slow response, they’re experiencing no response. They’re being told that this is called a no-go zone by MPD,” Council Member Andrea Jenkins said at a City Council meeting Friday, according to the Star Tribune.

But Elder said these allegations are false and denied the existence of so-called no-go zones.

“The MPD is fully operational and responding to calls in all areas of the city — without exception,” Elder said.

He added that police incidents are down because police have less time to do self-initiated work and are “tied up on calls.”

This sentiment, that police officers are responding to all calls, but not initiating on their own while patrolling, was backed up by Rich Walker Sr., the director of the Police Officers Federation of Minneapolis, WCCO reported.

“Cops are relatively reserved right now. They’re answering their calls but they’re not going that extra mile,” Walker Sr. said, according to WCCO.