A Skeptic Gets It Wrong: Minds Aren’t Computers, and Computers Aren’t Minds 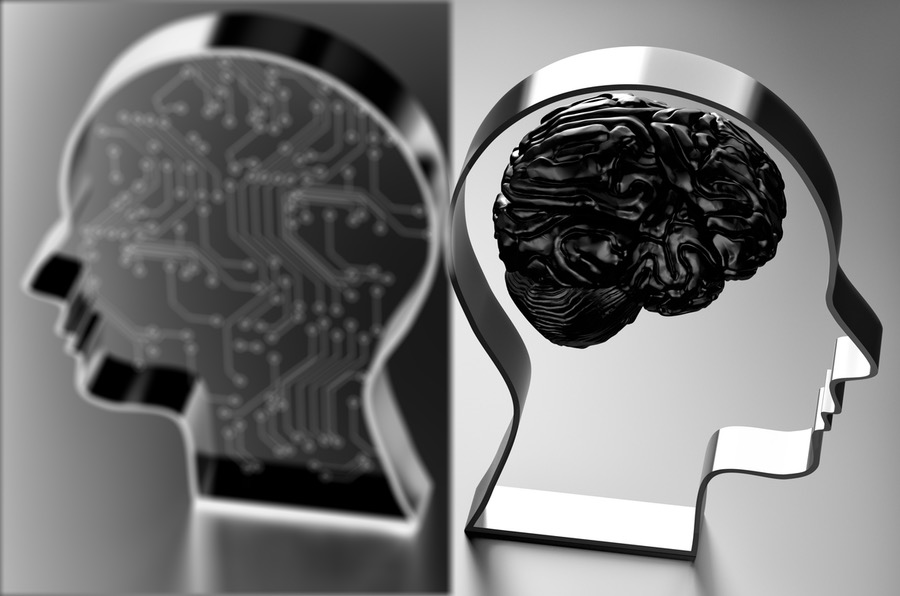 A commenter who goes by “swordfish” got human minds and thinking badly mixed up recently, claiming minds and computers are a lot alike. In a comment on last week’s atheist meme article, he wrote,

This isn’t just some geek question; it matters in all kinds of ways. The question had come up, “Is there more to reality than just the physical universe?” Swordfish said no; physical reality is all reality. If he’s right, then human minds are nothing more than wet data processing machines. More importantly, if he’s right then there’s no God. One sign he pointed to was the belief that computers can process ideas just the same way humans can.

If He’s Right He Must Be Wrong

Now, as a Christian I’m committed to the belief that the physical world isn’t all there is. God is spirit, and He has made us in His image, so that there’s more to us than just the bodies we walk around in.

But there are plenty of people who disagree. Like swordfish, they think all reality can be explained by matter, energy and the laws of nature by which they interact — just that, and nothing else. The problem is, if they’re right, they’re wrong. Or at least they have no reason to think they’re right.

There are many ways to show that’s the case. One way is to run the comparison between human minds and computers, and see how it comes out. That’s how I answered swordfish. Remember, he had said “Computers can process anything which can be represented in a computer’s memory, which includes ideas.” My answer went something like this:

Consider the statement, “It’s raining outside, therefore the roads will be wet.” Humans process that in terms of ideas. We start with what we know about “rain,” “wet,” and “road,” and we run through the logic in our minds. We reach our conclusion based on what the words mean, and based on reasons that connect them to each other.

But what does a computer do? In raw terms, computers process voltages, which are purely electrical things, their status controlled by natural law. Some of those voltages are associated with terms like “rain,” “road,” and “wet.” That’s because hardware designers and programmers have designed computers so they can represent terms like that. But the computer doesn’t have any idea what those words mean. It has no clue what “wet” is, or any of the rest.

So there’s the first reason computers can’t process ideas like humans do: Computers don’t have ideas. They don’t know meanings of words. They can only have voltage states, designed by humans to represent words.

In fact the words you’re reading on-screen right now are voltage states (or something a lot like that, depending on the type of screen you’re reading on). There’s a pattern of light and dark in front of you. That pattern may represent words like “wet,” but it doesn’t know the meaning of “wet.” Machines can’t do that.

So computers are different from minds in terms of ideas and their meaning. But swordfish had also said something about computers processing ideas and things get even more interesting when we look at how humans process ideas compared to computer processes.

Computers have voltages. They run those voltages through logic gates designed to yield the outcome “wet” when applied in the programmed manner to the states corresponding to “rain” and “road.” They do it in strict compliance to the laws of physics. They follow a program, but that program is designed to take advantage of the way computers follow physical laws.

So even if a date inputter types “rain” and “road,” and even if the computer responds with “wet,” that response has everything to do with electronics, and nothing to do with reasons. The computer doesn’t think, “the road must be wet because that’s what happens when it rains.” It arrives at its output due to physical laws, not because of logical reasons.

(Don’t be confused by the term “logic” as computer designers and programmers use it. It’s not the same kind of logic.)

Reasons Can’t Be Reduced to Physics

Humans are different. Very different. Where computers produce their outputs according to physical law, we reach our conclusions a completely different way. We can reason to the conclusion, “The roads will be wet,” because we know the meanings of the words, and how they relate logically.

Let me put it a different way. In a computer, one voltage state leads to another leads to another, because that’s what electricity does, given the hardware and programming in the computer’s design. In a human mind, one thought leads to the next and the next, because reasons connect those thoughts to each other.

Reasons can’t be reduced to a brain’s chemicals or its electrical state.

Reasons can be good or bad, but at least part of the time we can count on them being very good. For example, I’m sure you believe that this article came to be, in part, because of something a commenter going by “swordfish” wrote. Why do you believe that? As soon as you answer that question, you’re giving a reason; and at least this time, your reason is so simple and obvious, there’s no call for thinking it’s a bad one!

And reasons can’t be reduced to a brain’s chemicals or its electrical state. If they could, they just wouldn’t be reasons anymore. They’d be electrochemical reactions instead. You wouldn’t be able to say you had reasons for your beliefs, just the illusion of “reasons.” Your beliefs (and the illusion, too) would be physical outputs of physical things going on inside your brain, following physical laws that can’t be altered or broken, producing what they must produce, whether that output is good or bad, right or wrong. Physical laws don’t know good from bad, or right from wrong.

If It’s That Absurd, There Must Be Something Wrong

Which is absurd. It’s impossible. When a conclusion is that absurd, you know there’s something wrong with the thinking that led to it. In this case, it’s where it all started: the idea that human minds and computers process ideas in pretty much the same way.

Now, it’s possible to go on from here, as C. S. Lewis, Victor Reppert, Alvin Plantinga and others have done, and argue that this means there’s a lot more to reality than just what’s physical. It lends strong support to belief in God. I’ll leave it at this for now, though.