The Millstone Too Many Christian Teachers Tie Around Their Own Necks 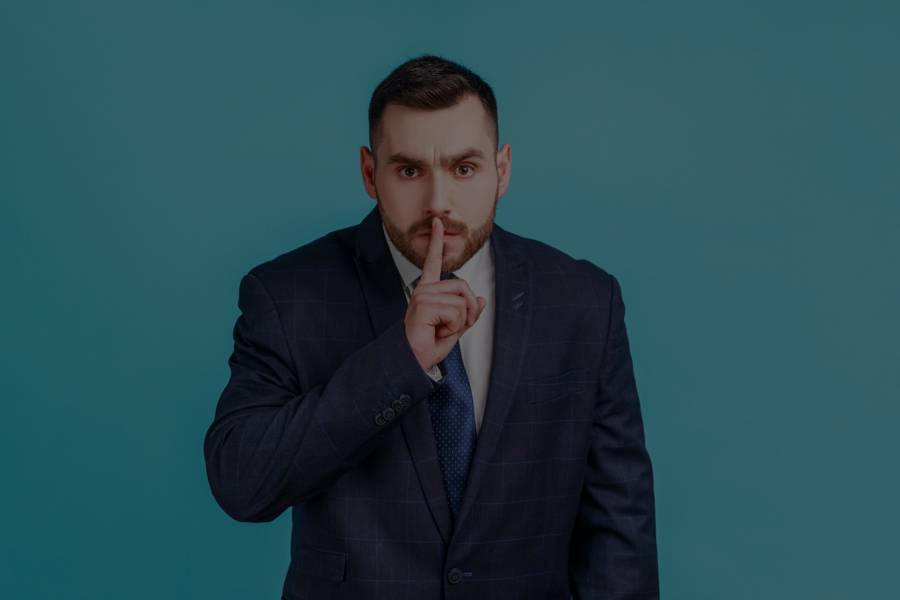 I call it the millstone answer, because it’s the answer that causes young people to stumble and fall. It’s also the answer too many church leaders give too often when students bring up hard questions. I mean “millstone” as in Matthew 18:6: “Whoever causes one of these little ones who believe in me to sin, it would be better for him to have a great millstone fastened around his neck and to be drowned in the depth of the sea.”

I’m not talking about liberal churches, emergent churches, or progressive churches. Almost everything they say might be a millstone answer. But right now it’s Bible-believing pastors and teachers I’m concerned about. Parents, too, including parents in Bible-believing churches. It’s everyone who answers a tough question saying, “You need not worry about that. Just have faith. The Bible is true. That’s good enough for me, and so there’s no reason it shouldn’t be good enough for you.”

That’s answer is deadly. Spiritually deadly. I’m not exaggerating. It’s that serious. Maybe the Lord gives some allowance for good intentions, but the damage is real regardless. I’ve heard too many stories of young people’s faith being destroyed by these well-intentioned replies.

Often they’re hard questions. I could mention the so-called conflict between Christianity and science, for example. It isn’t real, but do your students know that? They’re under tons of pressure from people saying Christianity is anti-science, that science disproves miracles, that we don’t need God anymore since science can explain things for us now. None of it’s even laughably close to true, but the myths prevail.

It’s everyone who answers a tough question saying, “You need not worry about that. Just have faith. The Bible is true. That’s good enough for me, and so there’s no reason it shouldn’t be good enough for you.”

So they ask, and their teacher answers, “Where’s your faith in God?” or, “The Bible is your guide. We don’t trust in human science. We trust the word of God!” That’s the millstone answer I’m talking about. It’s the answer that doesn’t answer; the one that says we don’t need those answers. Again, it’s spiritually deadly.

I don’t mean to be cruel here. I know these pastors or parents or teachers have good reasons for answering that way. They know the Bible is the standard by which we judge all things it speaks to. They want their students to see it as their authority. They want them to have faith in God, not scientism. I agree with all that. I want all that, too, for the young people in my life.

So I affirm the intentions behind these answers, as far as that goes. I’m not saying they’re built on millstone motivations, not by any stretch, and in the right context they’re exactly the right answer to give.

Hear me out, though, if you think they make for good standard sort of answer. It doesn’t work the way you think it should; in fact, it’s probably doing exactly the opposite. You may think you’re building faith, but you’re more likely killing it instead.

I’ve heard too many spiritual horror stories of young people’s faith being destroyed by these well-intentioned replies.

I expect that’s hard to hear. Some readers will think I’m the one killing faith. Others will be thinking of all kinds of reasons it really is a good standard answer. Stick with me, though, please, while I share four reasons it isn’t.

First, when students’ questions are real. Take science again: I grew up believing science was the future, and religion was the empty, ignorant past. I’ve since learned there that Christianity has solid answers to every scientific challenge, and a lot to offer the scientific enterprise besides, especially these days in ethics.

The third reason is closely related to the third: It’s unloving. Love pays attention to the effect we have on the people we talk to. The “Don’t ask that” answer is blind to that instead. When a student reaches a certain age and asks certain questions, it isn’t because she’s rebelling against the word of God, it’s because she has brains and wants to use them. We dare not be oblivious to that.

Do You Want Them Thinking That About God’s Word?

Fourth, while I know you’re trying to teach people that the Word reigns supreme, you may be communicating exactly the opposite instead. The reason? It looks defensive. The young person thinks, “If he won’t answer a fair question, it probably means he can’t answer it. Christianity doesn’t have what it takes. It can’t stand up to a fair challenge.”

So students cut their losses. They leave the faith. They’re doing the wrong thing, but in a way it’s hard to blame them: They’re drawing reasonable conclusions from unreasonable answers. And they’re not the ones with the millstones around their necks.

This isn’t only about science, by the way. Students often ask about homosexuality, for example. If their leaders answer, “The Bible says it’s wrong, so you need to believe it’s wrong,” they may think they’re teaching the young person to respect God’s Word. Instead she walks away thinking, “The Bible says that? There must be something awfully wrong with it.”

Show Them the Bible’s Goodness

Please know that I’m on your side here. I agree, the first reason to know that homosexual practice is wrong is because God’s word says so. It’s not the only reason, though. God created us in His image with a loving purpose, which means He wouldn’t just say, “Stop it!” just because people think they’re having a fun, loving time.

They’re doing the wrong thing, but in a way it’s hard to blame them: They’re drawing reasonable conclusions from unreasonable answers. And they’re not the ones with the millstones around their necks.

He prohibits the practice because He knows us better than we know ourselves, and the “fun” and the “loving” aren’t at all what they seem to be. Such sin causes a whole lot more human damage than people realize, to health, to relationships, to marriage, to children, to whole communities.

We need to know about that damage so we can explain it. We need to know, too, what makes real marriage really good. Then the student can walk away thinking, “The Bible is better than I thought.” Or even, “I’m still not sure about this, but at least he gave me something to think about.”

What if you don’t have a good answer? That’s okay. You can still respect the question someone is asking. Offer to look it up, or better yet, offer to look it up together with him. (I’d start with Stand to Reason.) You’ll communicate love for the student and confidence in the truth that way. Are you worried it might be hard? You’re right; it might be. Don’t lose sight of the stakes involved, though.

One good conversation isn’t won’t give people everything they need to follow Christ. Still it’s a whole lot better than, “If that’s what the Bible says, then I don’t want a thing to do with it.” It’s better for them and for you both.

I know you want what’s best for your youth. I am sure you don’t want to communicate that they don’t matter, or that God doesn’t have what it takes to give them a real answer. And I know you don’t want a millstone tied around your neck, too.

#Exvangelical: Is There Really Any Such a Thing?

Especially For Pastors and Teachers: The Nine Basics That Will Carry Your Congregation Through Hard Times — Including Two Surprises