Military Photo of the Day: The Best America Has to Offer 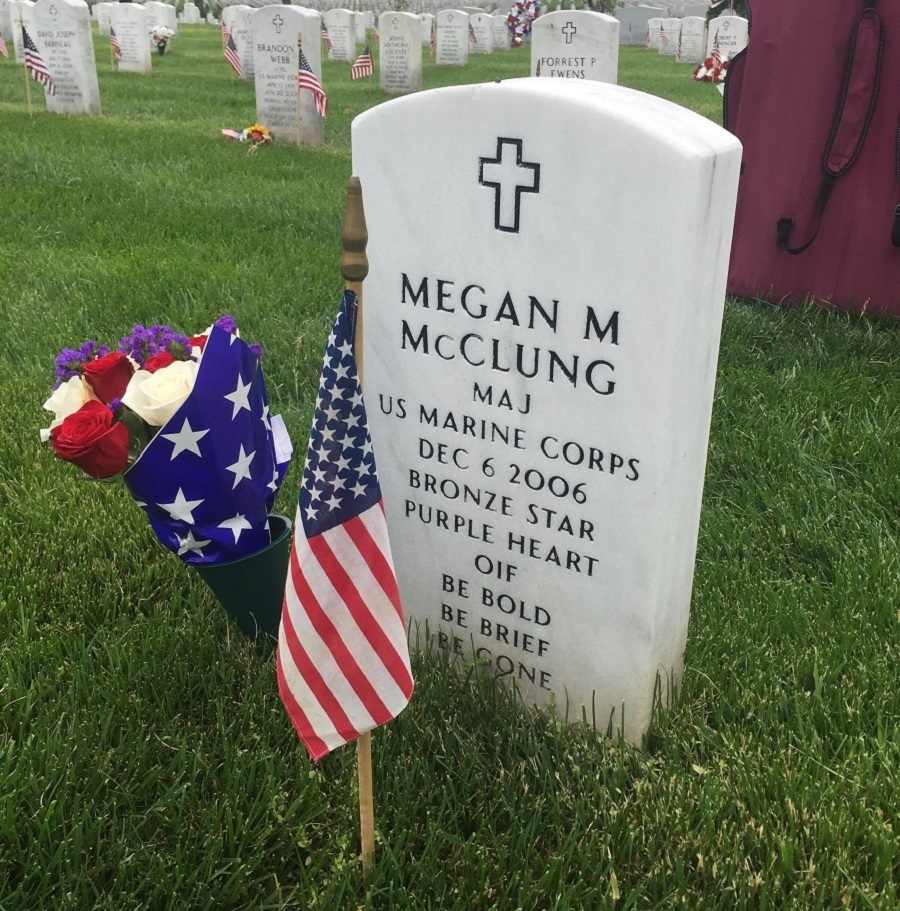 Today, on Memorial Day 2021, we honor and remember America’s fallen heroes while also thanking their remarkable families. Our departed warriors and their loved ones have sacrificed everything for our freedom and security.

I chose the above photograph of Maj. Megan McClung’s headstone for Memorial Day not just because I am writing a book about her, but because of the way she lived and ultimately died. Long before she attended the U.S. Naval Academy or deployed to a war zone, Megan told a close friend why she planned to pursue a military career after high school.

“We’re all going to die,” Megan said. “I’d rather die on the battlefield.”

For the next 15-plus years, Megan devoted everything to becoming the best Marine she could possibly be. On December 6, 2006, Maj. McClung and two fellow American heroes, U.S. Army Capt. Travis Patriquin and Spc. Vincent Pomante, were killed in action in Ramadi, Iraq. They are three of more than 7,000 volunteer warriors to make the ultimate sacrifice since September 11, 2001. Megan was the first female Naval Academy graduate in American history to die in combat.

I discovered Megan’s story while walking through Arlington National Cemetery ten years ago. What originally caught my eye was the stirring message on her headstone: “Be Bold. Be Brief. Be Gone.” Megan’s motto has inspired countless people, including me.

As I pray for Megan’s loved ones and all Gold Star families on this sacred day of remembrance, I am filled with gratitude for all the brave women and men who have been willing to step forward and — if necessary — lay down their own lives to protect others. They are truly the best America has to offer.

On Memorial Day, let’s pledge ourselves to living more like those who died for our country. Be Bold. Be Brief. Be Gone.