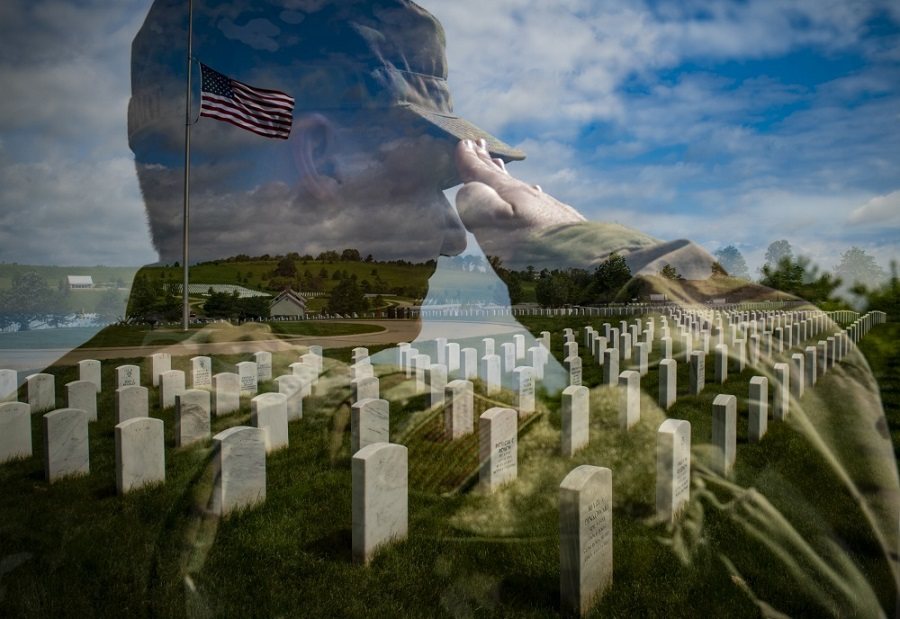 A U.S. Air Force airman poses for a photo while saluting graves of fallen members of the United States Armed Forces in honor of Memorial Day at the National Cemetery of the Alleghenies in Bridgeville, Pennsylvania, on May 20, 2019.

Today, America remembers all who have died while serving our great country. We also pray for their families. The sacrifices of each and every fallen hero are embedded in the fabric of every American flag that flies this Memorial Day – and every day. We will never forget.

“The United States and the freedom for which it stands, the freedom for which they died, must endure and prosper. Their lives remind us that freedom is not bought cheaply. It has a cost; it imposes a burden. And just as they whom we commemorate were willing to sacrifice, so too must we – in a less final, less heroic way – be willing to give of ourselves.” — President Ronald Reagan, Memorial Day 1982.

This Week at War: Four of Our Own