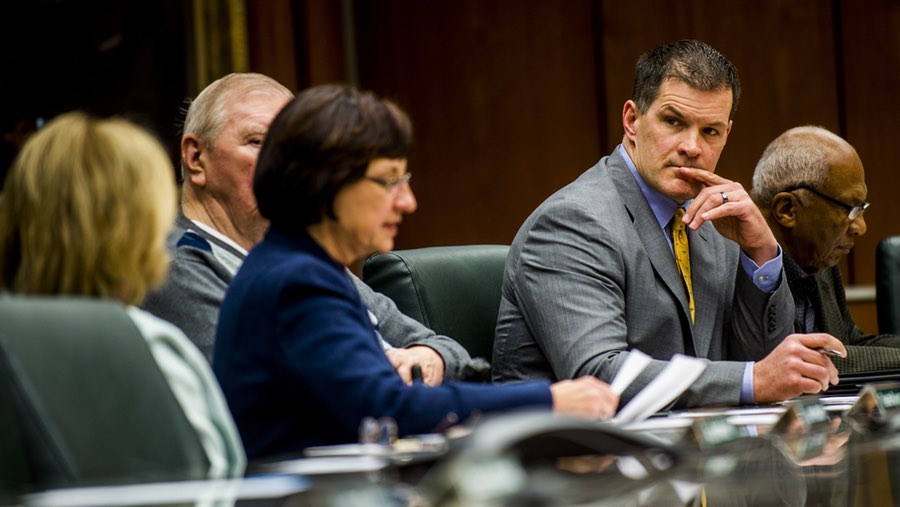 Mitch Lyons, second from right, listens to fellow board of trustees members during a special Michigan State University meeting on Friday, Jan. 26, 2018, on campus in East Lansing, Mich., where Bill Beekman was announced the acting president after former President Lou Anna Simon resigned over the school's handling of sexual abuse allegations against its disgraced former sports doctor, Larry Nassar.

This article is available to read at the Associated Press Archive Link here: https://www.apnews.com/db7d94d03aea4c059c8a5ecc9da7a2c0

USOC Moves to Shut Down USA Gymnastics After Nassar Scandal