With Mexico’s Help, Border Apprehensions Down Sharply in August 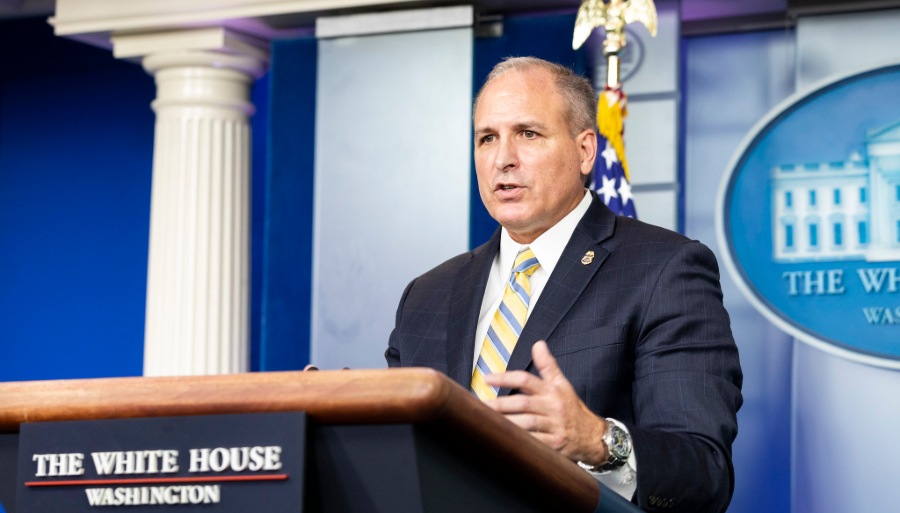 “The August numbers … this reflects a 56 percent reduction from the peak in May, which you recall was over 144,000 individuals,” Morgan said at a briefing at the White House.

He attributed the drop in apprehensions, a metric used as a proxy for the number of migrants attempting to enter the country, to President Donald Trump’s leadership on border-security issues.

“The president had made it very clear that he is going to use every tool available to him and this administration to address this unprecedented crisis at the southern border,” Morgan said. “We have seen historic agreements and policies put in place by this administration.”

He also credited regulatory reforms, policy changes, and interior-enforcement efforts for the decrease in crossings and arrests.

Morgan also credited Mexico for its part in decreasing apprehensions.

“The government of Mexico has taken meaningful and unprecedented steps to help curb the flow of illegal immigration to our border,” he said, noting that Mexico has apprehended nearly 134,000 people so far this year. The country apprehended 83,000 in all of 2018.