Saule Omarova openly admits that her proposed reforms 'will effectively end banking as we know it.' 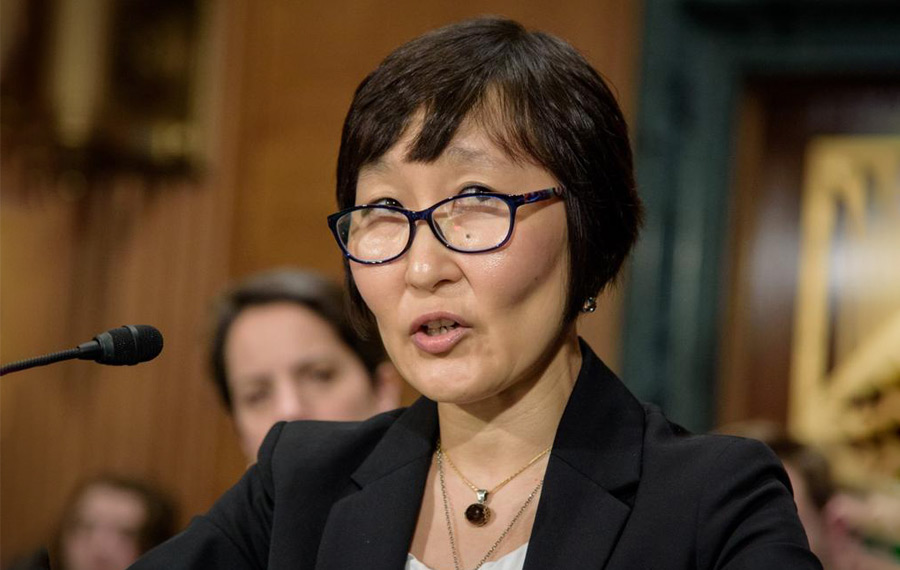 Many of President Biden’s nominees have been quietly confirmed without much of a fight. But the president’s nominee for Comptroller of the Currency, Saule Omarova, is drawing backlash for her extreme economic views. Republican Senator Pat Toomey, a staunch fiscal conservative, said he has “[n]ever seen a more radical choice for any regulatory spot in our federal government.”

What’s prompting the unusual level of pushback on this nomination for a top regulatory position?

The Soviet Economy is a Model for the U.S.?

Well, Omarova has an unusual educational and ideological background that, in conjunction with her many public statements, suggests she is sympathetic to — if not outright supportive of — the state-run economic model that dominated the former Soviet Union where she grew up. Omarova attended Moscow State University on the “VI Lenin Personal Academic Scholarship,” authoring a thesis on Marxist thought that she has so far declined to provide to the Senate Banking Committee.

This educational background in and of itself shouldn’t be disqualifying — many, like myself, studied at Marxist or far-left universities yet actually came to appreciate the importance of free markets as a result. But Omarova appears to have learned all the wrong lessons from her personal and academic experiences in the Soviet Union.

Americans who favor free markets and cherish the capitalist system that has brought us unprecedented wealth and living standards have every right to be concerned by this nominee.

“Until I came to the U.S., I couldn’t imagine that things like gender pay gap still existed in today’s world,” Omarova wrote in a 2019 tweet. “Say what you will about old USSR, there was no gender pay gap there. Market doesn’t always ‘know best.’”

She soon backed away from the remark, however.

“I never claimed women and men were treated absolutely equally in every facet of Soviet life,” she said in a follow-up tweet, after many Twitter users pointed out the many ways women, and all people, were oppressed in the Soviet Union. “But people’s salaries were set (by the state) in a gender-blind manner. And all women got very generous maternity benefits. Both things are still a pipe dream in our society!”

That’s right: Forget the gulags, economic stagnation, shortages, and political oppression — Omarova still believes the former Soviet economy is a model for the U.S., at least in some ways. Perhaps most disturbingly, one of those ways Omarova favors the Soviet system is banking: the very sector she’s nominated to oversee.

In her past work, Omarova has endorsed radical proposals for government control and regulation of the banking sector. In a paper entitled The People’s Ledger, she argues for a “systematic democratization of finance” where citizens have government bank accounts with the Federal Reserve that “fully replace — rather than compete with — private bank deposits.” Omarova openly admits that her “proposed reform will effectively ‘end banking’ as we know it.”

She argues for the issuance of a “digital dollar” and “concurrent migration of all transaction deposit accounts from private banks to the Federal Reserve.” The nominee says that this would allow the federal government to better administer welfare redistribution schemes via “helicopter drops” of money into bank accounts and allow the government to better control economy-wide interest rates.

Omarova also argues that having the government take over private banking would allow the Federal Reserve to “take a more direct and proactive role in allocating credit to productive economic enterprise,” including by attempting to control “systemically important prices.”

Simply put, she would have detached, unaccountable bureaucrats at the Federal Reserve try to plan economic investment and attempt to set key prices. This is a 21st century, technocratic scheme that embodies, not repudiates, the failed socialist economy Omarova escaped in the Soviet Union.

Ideological Sympathies That Are Utterly Disqualifying

Omarova’s defenders argue that the nominee is the victim of a “xenophobic, McCarthy-like campaign” because she is an “immigrant woman of color” who threatens the interests of Wall Street. So, let me be clear: Neither her immigrant background nor identity characteristics have any bearing on her suitability for nomination as Comptroller of the Currency.

Yet those Americans who favor free markets and cherish the capitalist system that has brought us unprecedented wealth and living standards have every right to be concerned by this nominee. Omarova’s clear sympathy for parts of the failed, repressive Soviet regime, support for a de facto nationalization of private banking, and dangerous desire to expand the federal role in planning our economy are utterly disqualifying for such an important regulatory role.