The historical pattern is that drudgery gets automated, not creativity. 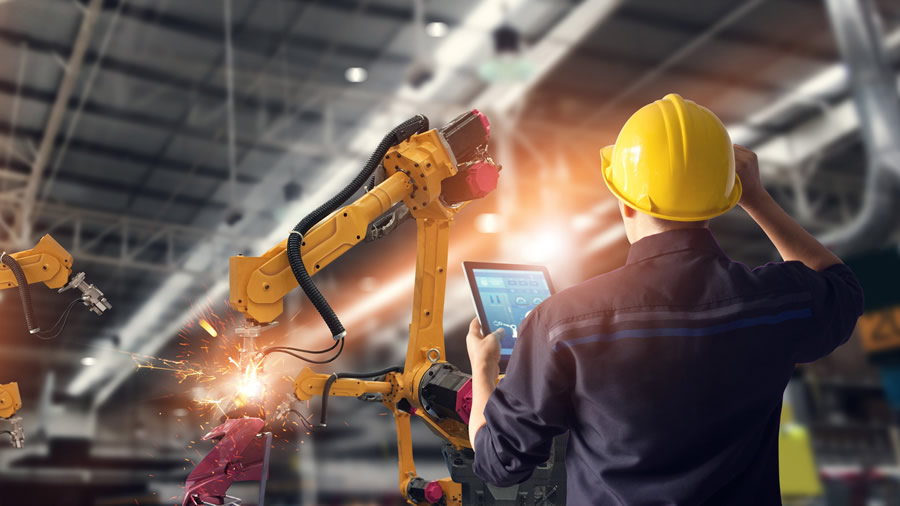 Recently, Amazon floated the idea that it would be fully automated in a decade. Futurism reports:

Not all of the 125,000 people who work at Amazon warehouses have to worry about losing their jobs to robots — not for 10 years or so, anyways.

On Tuesday, Scott Anderson, director of Amazon Robotics Fulfillment, led reporters on a tour of the company’s Baltimore warehouse during which he said it would be “at least 10 years” before Amazon could entirely automate the fulfillment process.

When we read further into the story, of course, we find it’s not so simple. Robots are especially bad with bananas, for example. One wonders what they would do with live lobsters. I actually think the ten-year prediction for full automation of Amazon Fulfillment Centers is somewhat conservative. These fulfillment centers have been paradigms of automation for years. The sticking point is just where robots can’t do what any three-year-old can do: Distinguish the myriad Amazon products — from toilet paper to iPhones to books.

So a forklift, which takes a good bit of skill to master, might be automated, but men and women must still pick up the product and put it in a box. This is a tough problem to solve. We do these things easily because of all the complex feedbacks between our memory, eyes, and hands. Still, Amazon has been hosting “picking contests” around the world, and I would expect great progress in the next few years. Humans will continue to be involved, of course, but they might not need to insert themselves physically into the moving of products from pallets to delivery boxes.

Which leads us to the need for “reskilling” the work force. Tom Taulli at Forbes reports,

If you currently have employees who are business analysts or have experience with data engineering, then they could be good candidates to train for AI tasks. This would include focusing on skills like Python and TensorFlow, which is a deep learning framework. …

But the training should not just be for a small group of people. It should be company-wide. “Without a data-driven culture and mindset, data science and AI cannot be truly implemented,” said Ryohei. “It is important for enterprise leaders and business teams to understand how to best work with the data science team to meet the organization’s key business objectives. While the business stakeholders do not need to be data experts, they need to know ‘How to use’ AI and ‘How it changes their businesses.’”

But does that mean that some employees will get these “new collar” jobs and the rest of them will be out of work? Is AI really a “ Singularity” in which the traditional pattern of historical progress in technology no longer holds?

The pattern has been that laid-off unskilled workers train in a more skilled job. As Richards points out in The Human Advantage, many of these jobs did not even exist when most workers were laboring in the fields. Think of all the people in developing countries who don’t go to school even today — or not for long — because they must farm just to feed themselves. If children don’t go to school, adults don’t get jobs as teachers.

Many other occupations in the Western world only came into existence after drudgery had been mechanized. Think, for example, of appliance repair technicians and auto mechanics.

The theory behind the Singularity is that AI will soon do all the jobs and humans won’t be needed. There are a number of reasons for considering that unlikely. For one thing, machines are not likely to ever think like people. And social robots, far from replacing us, are not catching on as hoped. Far more people would buy a robot to handle the drudgery than to replace other people for interesting activities.

Are We Facing a Robogeddon?

Fear of toxic but improbable futures sometimes distracts us from clearly understanding and preparing for the real changes that are happening now.

Automation will not just decimate the middle class, it could pull down many white collar professionals into the realm of commoners, and even peasants.

The shift will be quite radical, and we are seeing algorithms and sooner than later, robotics that will utterly transform industries that will make the “retail apocalypse” look like a joke.

Computer engineer Eric Holloway, taking a calmer approach, thinks that the issue turns on how narrow and precise any given job skills are: “I’d wager most blue collar jobs are free from AI/robot competition. Only highly trained white collar workers need fear AI taking their jobs. In general, the more narrow and precise the training to do a job, the more likely an AI will take it.”

Holloway’s approach might sound counterintuitive at first. But he points to the recent commercial failure of a laundry folding robot. Folding laundry might require considerable judgment, depending on the situation — judgement that we take for granted in adult humans.

A robot can surely be developed that folds 1000 regulation towels much faster than a human. But in a household, a variety of unexpected items might end up in the grab bag of “laundry” that comes out of the dryer. Thus, a laundry folding robot might replace one blue collar job but not another.

It’s the same with white collar jobs. One could automate a search for obscure information through medical studies. But a recent attempt to automate telling a man that he was dying resulted in disastrous publicity for the hospital.

Second, one way that the new AI economy will change employment is that workers will often need more flexibility. That includes accepting less formal arrangements and, as Richards emphasizes, the need to go back to school in midlife.

Amid rapidly changing technology in a fast-paced industry, many workers may value flexibility, mobility, and independence more today than fifty years ago.

Last year, “rising star” politician, Alexandria Ocasio-Cortez, who chased the proposed new Amazon headquarters from New York City, raised eyebrows when she claimed that “Unemployment is low because everyone has two jobs.” Strictly speaking, most workers do not have two jobs. But she probably meant the rise of the “gig economy” where workplace arrangements are characteristically more fluid than they were decades ago. Stephen Smoot at TownHall says,

According to Inc., 35 percent of the US workforce currently works in the gig economy with that number expected to rise to over 40 percent in 2020. Many perform temporary or project work in their spare time when not working their full-time job, while others cobble together enough work to make a living.

Opponents like Ocasio-Cortez decry the uncertainty of the gig economy. Smoot argues that it’s more complex: “Statistics show that two-thirds of freelance workers entered through their own choice, not because they had no choice. Four out of five report that they prefer it to work a traditional job.”

Perhaps that should not be a surprise. Amid rapidly changing technology in a fast-paced industry, many workers may value flexibility, mobility, and independence more today than fifty years ago.

Some see a universal basic income as the ultimate solution for these stresses of change. Stephen Spencer says,

Billionaire serial entrepreneur Richard Branson told the New York Times in June that a universal basic income is an appropriate response to income inequality. It seems the 1% are getting their story straight and have decided upon the “appropriate response” to the advent of automation. Indeed Chris Hughes thinks giving everyone a $500 government stipend is a good idea.

Why believe the dire warnings about new technologies? If technology led to permanent unemployment for the masses, history would be one long, dismal story of expanding joblessness. Obviously, it’s not. Paradoxically, without the technological progress that led to fears of job loss, the global economy could not sustain the billions of jobs and human beings it now does.

That’s not really a paradox if you think about it. Economic progress is mostly about finding ways to do more with less, to get more output from less input. The purpose of production isn’t to create jobs; it’s to create value in the form of goods or services for customers. Tractors replace oxen, ATMs replace bank tellers, forklifts replace a dozen burly men, trucks replace horses, and backhoes and excavators replace shovels and spades. Why? Because they provide more output with less input.

In his view, new jobs arise naturally as a result of the demand created by new wealth and a program to replace work skews the economy.

Whatever you do for a living, you can now go to sites that offer to predict the likelihood of being automated out of any particular job (here and here.) If you are at risk, you could revenge yourself in a novel way by getting a job in robotics, which needs a variety of skill sets.

If Richards proves right, it won’t be: “Robot, I give up. Take my job!” It could be more like, “Robot, I program you. Make my job!”

The Underwhelming Creativity of Artificial Intelligence