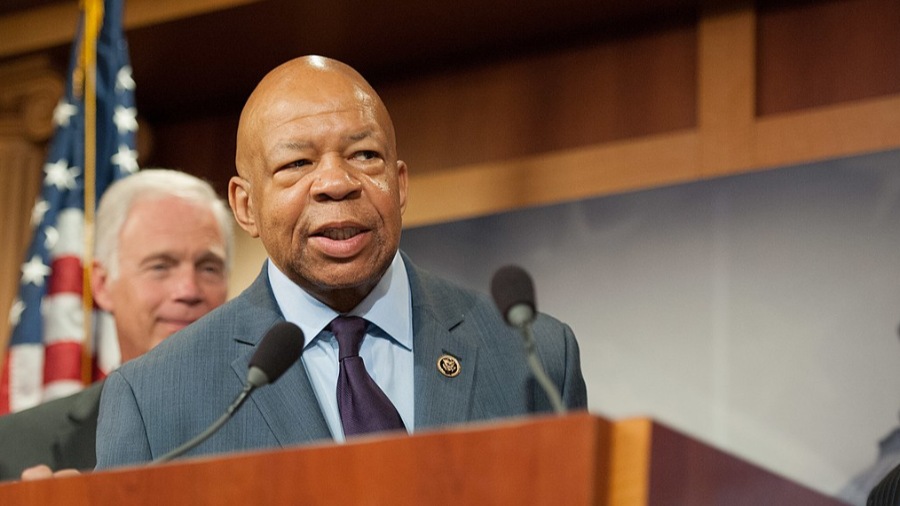 Rep. Elijah Cummings died at 68 at an affiliate of Johns Hopkins Hospital early Thursday as a result of complications from longstanding health challenges, his office said in a statement.

A Maryland Democrat, Cummings was the chairman of the House Committee Oversight and Government Reform, one of the major congressional committees involved in the impeachment inquiry against President Donald Trump.

My condolences to the family of Rep. Elijah Cummings of Maryland who went to be with the Lord early this morning at 68 years of age.

May God grant his family strength & peace in these difficult moments & his soul eternal rest.

The Baltimore Sun reported Wednesday afternoon that Cummings had not returned to his office as expected following a medical procedure. It has not been disclosed what sort of procedure Cummings underwent. He died at Gilchrist Hospice Care in Baltimore.

His office did not respond to the Sun’s requests for comment at the time.

Cummings also missed a committee hearing regarding statehood for Washington, D.C. on Sept. 19 as a result of his ongoing health issues.

The lawmaker played a key role in impeachment efforts into President Donald Trump, calling for the inquiry in September and leading multiple probes into the president’s government dealings. Trump sued the congressman in April to block a subpoena demanding the president disclose his financial records.

Cummings was elected to Congress in 1996 and represented a portion of Baltimore. He was previously an attorney and a state lawmaker.

The problems in Baltimore during Cummings’s youth, a time of racial tensions in the 1950s, inspired him to become a lawyer and lawmaker. The fictional television show about a lawyer titled Perry Mason also served as inspiration, the Washington Post reported.

Before being elected to Congress, Cummings made history in the Maryland House of Delegates by becoming the youngest chairman of the Legislative Black Caucus. During his 13 years there he also became the first black man to serve as speaker pro tempore, who presides if the speaker is absent. Cummings was elected in 1983.

He became well known for being one of former Secretary of State Hillary Clinton’s chief defenders in 2015 during probes into how she handled the 2012 attack on U.S. government facilities in Benghazi, Libya that killed four Americans, WaPo reported.

That same year Cummings also took gained notoriety for taking to the streets of Baltimore with a bullhorn to calm riots in his neighborhood following the funeral of Freddie Gray, a black man who died while in police custody, NPR reported.

The lawmaker was frequently seen in the news over the past few months for his battle with Trump over the state of Baltimore, which the president called a “disgusting, rat and rodent infested mess” in July.

“Mr. President, I go home to my district daily. Each morning, I wake up, and I go and fight for my neighbors,” Cummings replied on Twitter. “It is my constitutional duty to conduct oversight of the Executive Branch. But, it is my moral duty to fight for my constituents.”

The dispute highlighted problems in Cummings’s district, including its trash problem, and sparked people from around the country to organize clean-up efforts in an attempt to help residents in his district.

Cummings is survived by his wife, Maryland Democratic Party Chair Maya Rockeymoore Cummings and three children. Maya, married to Cummings in 2008, has come under scrutiny for her charity and nonprofit. An IRS complaint in June accused her of self-dealing and perjury after financial disclosures showed dealings between her charity and non-profit consulting firm.

The complaint accused Maya’s charity, the Center for Global Policy Solutions (CGPS), of overlapping with her non-profit Global Policy Solutions, LLC. The result could be that the couple was receiving an “illegal private benefit,” the complaint noted. Documents previously obtained by the Daily Caller News Foundation show that Cummings’s wife used her charity to fund her non-profit.

“He [Elijah Cummings] worked until his last breath because he believed our democracy was the highest and best expression of our collective humanity and that our nation’s diversity was our promise, not our problem,” Maya said according to a statement. “I loved him deeply and will miss him dearly.”