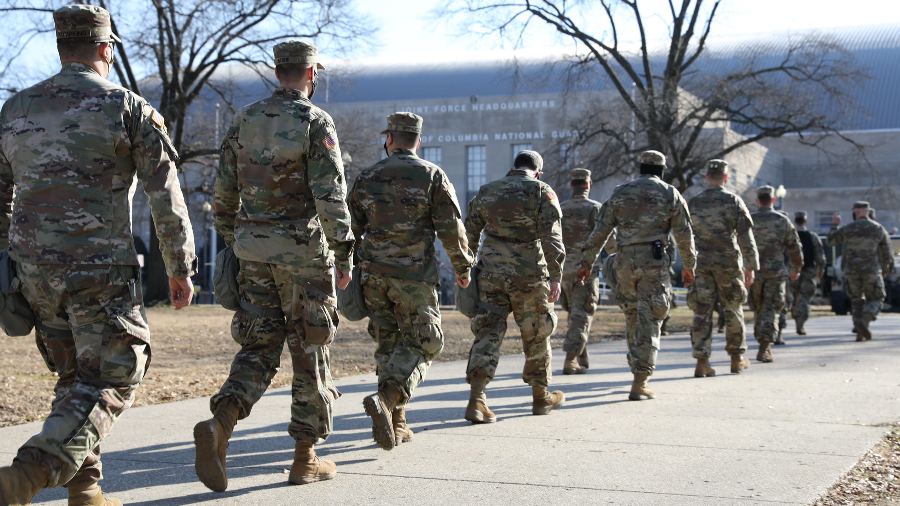 The Maryland National Guard may be forced to stop paying its troops and cease maintaining its equipment in the coming days if Congress doesn’t reimburse the costs it incurred sending troops to protect the Capitol following the Jan. 6 riot, according to Maryland’s top general.

“To date, neither the National Guard nor the Department of Defense writ large has received reimbursement for the deployment of over 25,000 National Guard members to the District for a period of over four months,” ​Maj. Gen. Timothy E. Gowen told Democratic Sen. Benjamin Cardin of Maryland in a letter Tuesday.

Gowen said that Congress’s failure to reimburse the National Guard for protecting the Capitol following the riot caused a “severe cut in our budget to cover training, maintenance, and payroll for our full time Soldiers and Airmen.”

“Without an immediate plus-up we will have to cancel most of our drill and annual training periods for the rest of the fiscal year,” he wrote. “In addition, we will be forced to cease most equipment and system maintenance right as we head into the height of hurricane season. Most importantly, the funding limitations will mean we cannot meet our payroll requirements for our civilian technician workforce.”

Gowen warned that if the Maryland National Guard is unable to pay its soldiers and airmen on time, it could lead to a “dramatic effect on retention.”

Gowen added that the Maryland National Guard will not be able to fully utilize any funds that are sent after Aug. 1 due to the way its budgetary system works.

“Our fiscal systems do not allow for negative budgets to occur and so reimbursement that comes in August or September is ineffectual and will most likely have to be returned unused,” Gowen wrote. “I can assure you sending it later is much the same as not sending it at all.”

Congressional leaders pleaded with us to send the National Guard to the U.S. Capitol in January, but still haven’t reimbursed expenses from the deployment.

We are calling on our congressional delegation to take urgent action to prevent major disruptions to ongoing operations. pic.twitter.com/iCyxKGEtOk

Some 26,000 National Guard troops from all 50 states were deployed to D.C. following the riot.

National Guard troops were pictured sleeping in parking garages nearby the Capitol after thousands of guardsmen were abruptly ordered to leave Capitol grounds on Jan. 21 following Biden’s inauguration.

Thousands of National Guardsmen were forced to vacate congressional grounds today and are now taking their rest breaks outside and in nearby parking garages, after two weeks of sleepless nights protecting the nation’s capitalhttps://t.co/tQK9R6AJMd

The National Guard remained in the Capitol for over four months after the riot due to fears that follow-up acts of violence were going to take place after the Jan. 6 riot, but those fears failed to materialize.