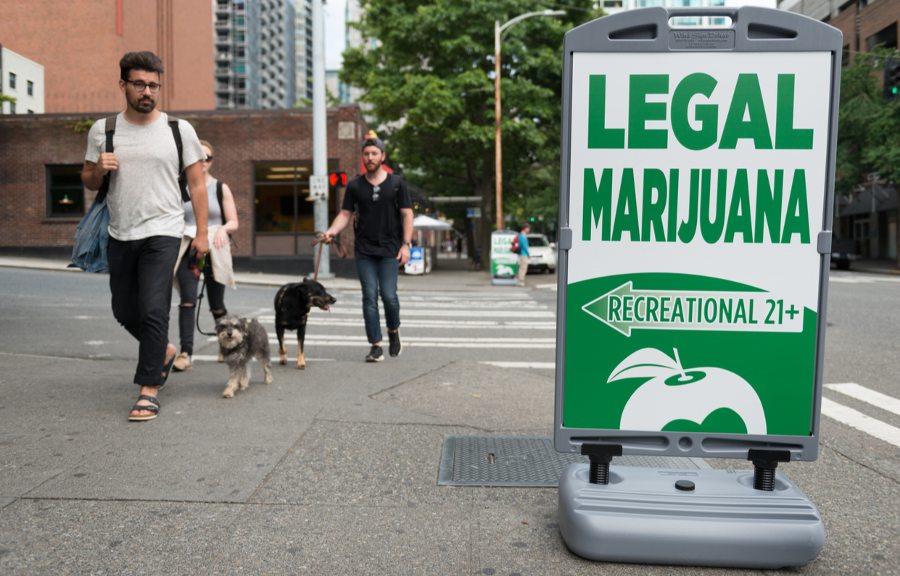 Voters in five states cast ballots on measures to legalize recreational marijuana in Tuesday’s midterm elections. Residents of Maryland and Missouri voted in favor of their measures, while voters in Arkansas, North Dakota, and South Dakota rejected them.

Going into Tuesday, recreational marijuana was already legal in 19 states and Washington, D.C. Eleven of those states, as well as the District, voted to legalize marijuana through ballot initiatives. Seven states passed laws to legalize cannabis. In New Jersey, the state legislature put the measure on the ballot for voters to decide.

Arkansas voters rejected the state’s Issue 4 initiative, which would have legalized the possession of up to an ounce of marijuana for those age 21 or older. Marijuana sales would have been subject to a 10% tax.

Responsible Growth Arkansas, which sponsored the initiative, had said:

Arkansas voters were not convinced, however. With 92% of the vote counted, 56.3% of Arkansans rejected the measure, while 43.7% voted in favor.

The Maryland General Assembly voted to put the issue on this year’s ballot for voters to decide. The measure will add a Marijuana Legalization Amendment to the state constitution. About 65.5% of Maryland voters approved the amendment.

The measure legalizes marijuana for adults age 21 or older, and is set to take effect next July.

Missouri residents approved the Amendment 3 ballot initiative to legalize marijuana for ages 21 and older and place a 6% state tax on the sale of pot, with the money raised going to programs for military veterans, according to The St. Louis Post-Dispatch.

The state constitutional amendment will expand the state’s current law under Amendment 2, which legalized marijuana for medicinal use in a 2018 referendum. The new amendment would allow those convicted of nonviolent marijuana-related offenses to petition for their release from prison, or parole and probation, and to have their records expunged.

North Dakota voters rejected the ballot initiative statutory Measure 2, which would have legalized personal recreational cannabis use for adults 21 or older. The measure would have allowed eligible adults to possess up to one ounce of marijuana and grow up to three plants.

With 100% of the vote counted, just under 55% of North Dakotans had rejected the measure, according to state election officials and the Secretary of State’s Office.

Residents of South Dakota rejected initiated Measure 27, which would have legalized the “possession, use, and distribution of marijuana” of one ounce or less, as well as marijuana paraphernalia. The measure would have applied to individuals ages 21 and older, and marijuana plants could only have been grown in counties or cities where no licensed cannabis stores were available. Individuals who violated those restrictions would have been subject to civil penalties, while those under 21 could have attended drug education classes or counseling instead.

With 99% of precincts counted, 53% of South Dakotans rejected the measure, according to the Sioux Falls Argus Leader newspaper.