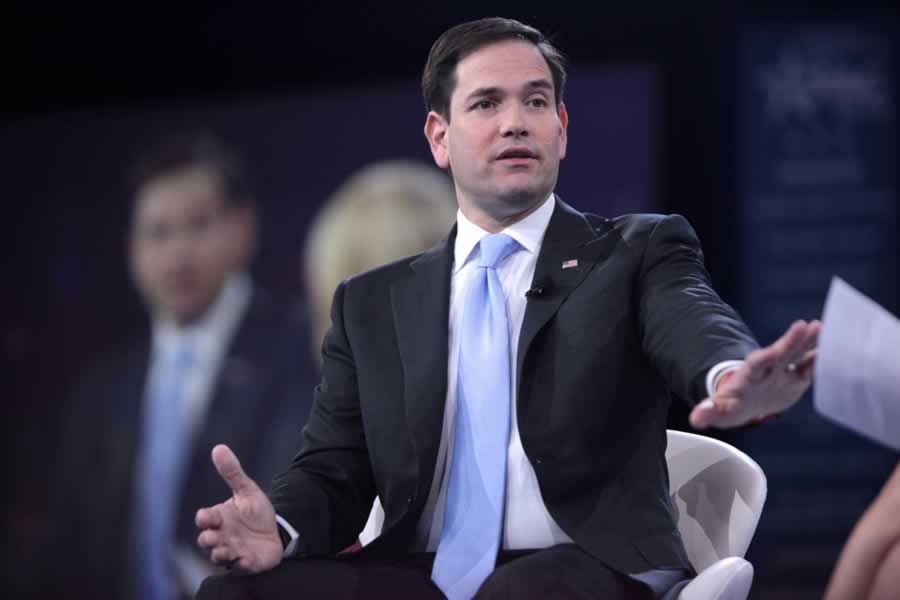 By Jackson Elliott Published on November 6, 2019 •

Sen. Marco Rubio, R-Fla., criticized both the unrestricted free market and socialism in a speech Wednesday to a business class at The Catholic University of America.

America should work to build an economy where businesses and workers have both rights and obligations to each other, Rubio said.

Business leaders’ failure in past years to look beyond profit, Rubio said, hit “the people whose lives were turned upside down when companies exercised their right to make a profit by taking their jobs to another country, but did so with little regard with the corresponding duty to invest in their own workers.”

Rubio introduced his critique of the American economy based on Pope Leo XII’s 1891 encyclical “Rerum novarum,” which means “new things” in Latin. The encyclical frames the relationship between workers and property owners in terms of rights and duties.

This balance of rights and responsibility doesn’t mean socialism, he said.

“I think socialism would be far worse [than capitalism],” Rubio said. “The idea that government can impose the balance between the obligations and the rights of the private sector and working Americans has never worked.”

The balance does mean that businesses have an obligation to benefit their country, the Florida Republican said. Even if products can be made more cheaply elsewhere, American companies should build industry in the states.

“The market may say, ‘This is the most efficient way to use our money because we can generate the same product at a lower cost,’” Rubio said. “That outcome could be contrary to our national interest.”

For example, he said, relying on China for strategically vital rare earth metals weakens our nation.

The balance also means that workers need “dignified work,” a term Rubio did not define.

Without “dignified work for millions of people,” he said, “all these things fall apart. Families, communities, it begins to erode.”

Our nation needs all its able-bodied citizens to do that dignified work, Rubio said, because China presents a “near-peer adversary” for the United States with three times its population.

“We need all hands on deck,” he said. “We can’t afford to leave anyone behind.”

Rubio ended his speech on a hopeful note.

“If we achieve these things,” he said, “once again America will have transformed the world, and the 21st century will also be known as the new American Century.”