Serving his time for helping a woman he barely knew was a 'blessing.' 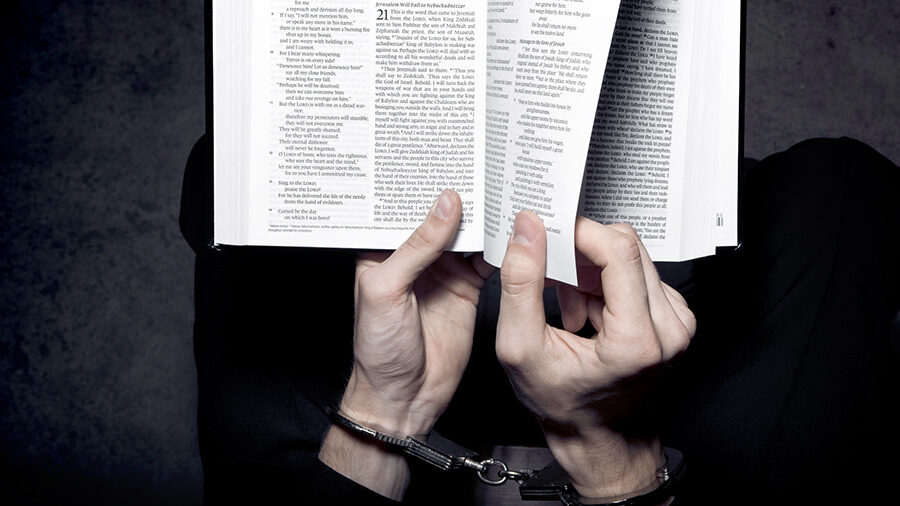 Philip Zodhiates never believed he’d go to prison for helping a mom escape the country with her abused daughter. He certainly never thought he’d be there for 27 months. Philip was convicted of international parental kidnapping because he drove Lisa Miller and her abused daughter to New York from Virginia.

‘Suffering is a Major Theme in the Bible’

“[E]ven up until the time I was walking into the doors, I never thought I would be going to prison,” Philip told The Stream. “I always felt as though, you know, God would intervene.” God was there with him, just not how Philip originally thought. “I didn’t realize until I was in prison for a while and really began to study the Scriptures that suffering is a major theme in the Bible. Especially in the New Testament.”

Philip said Miller had “every right” to remove her child from the country because she believed her daughter was being sexually abused. He did not hesitate to drive the pair to New York. “We very closely [adhered] to what God’s Word said. … Proverbs three says, ‘Do not withhold good from those to whom it is due when it is in your power to do it. Do not say to your neighbor, “Go and come again and tomorrow I will give it to you,” when you have [it] within your power to do so.’ So, when we’re asked to help somebody and we are able to do so, you know, we help them. … It’s just as simple as that.”

Before he went to trial, the prosecutor told Philip that they would not give him prison time if he plead guilty and testified against Miller. “And I refused to do that because I said, ‘I’m not guilty of any crime and I’m not going to testify against anybody.'”

When Philip realized he was going to prison — a 36 month sentence — he believed that serving time in prison for doing the right thing was his calling. The book of Job helped him to understand the idea of persecution better. “When we face persecution as Christians — which we will all face persecution — we either draw closer to the Lord or we tend to walk away from the Lord.”

Philips calls that the “real separation of the sheep and the goats.” Believers will suffer in America. “God never promises to keep us from persecution or from suffering. He promises to take us through. … And I actually learned that it’s a blessing to go through what I went through. You know, looking back, in hindsight, I wouldn’t have traded it for anything.”

‘God Puts Us Where We Can Shine’

Why? In part because of his story, many men in prison gave their lives to the Lord. “I’m not saying it wasn’t hard. but I saw so many men come to know the Lord through the testimony of my life and what I was. … [T]he Lord puts us in certain circumstances where we can shine. During COVID when we were locked down and we weren’t allowed to leave our unit, we started a little church.” Fifteen men packed into Philip’s 7′ x 9′ cell, even though they weren’t supposed to congregate together because of COVID. The guards looked the other way. “It was a … cell block of 102 men maximum. And so approximately 10% of it were worshiping the Lord every night. Did this every night for a year.”

Philip has now completed his time in prison and finished his probation period.

Do Not be Afraid