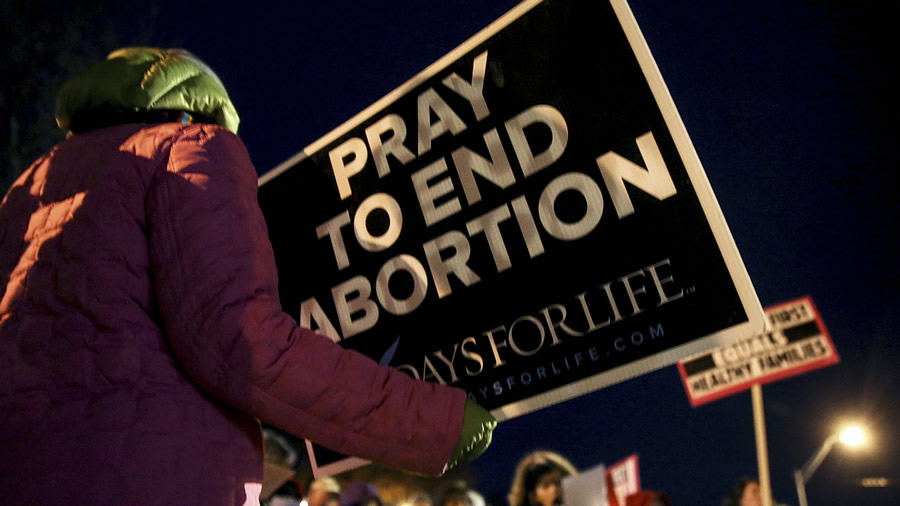 In this Dec. 12, 2016, file photo, protesters hold anti-abortion signs outside the Planned Parenthood Columbia Health Center on in Columbia, Mo.

A majority of Americans say abortion is a sin, according to a survey released Monday.

Fifty-two percent of Americans think abortion is a “sin,” according to a 2018 State of Theology survey released Monday, PR Newswire reported. That number rose from 49 percent in the State of Theology’s 2016 survey.

“For almost five decades now, abortion has been a central issue in the life of America. With a majority agreeing that abortion is a sin, we have a clear indication that many Americans want the state to restore protection to the unborn child,” Southern Baptist Theological Seminary President Dr. R. Albert Mohler Jr. said, according to PR Newswire.

“There would be considerable support for a Supreme Court decision reversing Roe v. Wade,” Mohler added.

A Sunday report indicated the Trump administration will define sex as determined “on a biological basis that is clear, grounded in science, objective and administrable,” according to a memo obtained by The New York Times. The definition would define sex as either female or male, according to the person’s genitalia at birth. Discrepancies would be determined by genetic testing, the memo indicates.

Over 90 percent of Republicans, 61 percent of Democrats and 78 percent of Independents also support significant abortion restrictions, the Marist Poll reported.

Forty-nine percent of 18- to 34-year-old Americans would support a ban on abortions after 20 weeks of pregnancy if the policy were enacted in their state, a January 2017 Quinnipiac poll revealed.