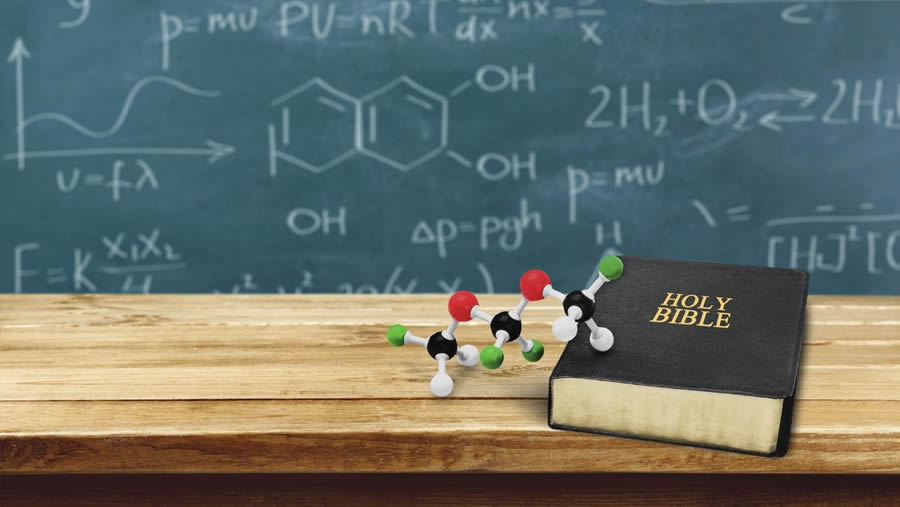 If you go to church does that mean you are anti-science? Various sociological studies have, for decades, made this argument. The idea is that those who regularly go to church to worship God, and also believe the Bible is true, are knuckle draggers whose religion inclines them to oppose science.

In the past four decades, churchgoers have shown a dramatic break in the faith they have in science. According to a recent study, “public trust in science has not declined since the 1970s except among conservatives and those who frequently attend church.”

Discussion of this type usually takes the form of attacks on what the paper labels “fundamentalist Christians” — the former word disinterred from bygone days, and of questionable meaning and heritage even then, and now put to use in service of a dubious psychosociology. Indeed, the major hypothesis in the paper presents in the form of a logical fallacy of the type, “When did you stop beating your wife?”

Regardless of whether this paper has credibility from a purely empirical view, sociological studies being notoriously “soft,” it does offer opportunity for learning.

As a member of the scientific community, and a Christian, perhaps I can add some insight into why churchgoers might be much less trustful of “science” than decades ago. I have all the qualifications usually claimed as proof of scientific credibility: a PhD (in physics), a consistent record of government-funded research, and an extensive list of peer-reviewed publications in scientific journals.

But all of this is not enough. My scientific credentials have been called into question several times.

In the 1970s, noted physicist Richard Feynman, famous for more than his Nobel prize and bongo drums, became publicly critical of so-called social “sciences.” He called them pseudo-science, bereft of basic honesty and experimental controls, yet having researchers who ostensibly go through the motions of scientific rituals, even wearing lab coats, but without actually doing science.

Experiment first, conclusions later is the basis of scientific inquiry.

This kind of perverse use of reason is finding its way into climate science. Whether breeding habits of squirrels, increasing or decreasing snowfall, even reduced business at Bulgarian brothels: global warming caused it.

Mike Hulme, a Professor of Climate Change, and IPCC Nobel Prize-winner explains: “The function of climate change I suggest, is not as a lower-case environmental phenomenon to be solved. … It really is not about stopping climate chaos. Instead, we need to see how we can use the idea of climate change … to rethink how we take forward our political, social, economic and personal projects over the decades to come.”

So global warming “science” is not essentially about science, but about politics. Then science becomes not about seeking to understand our world, but about activism and influencing public opinion. For the sake of full disclosure, I have been an expert reviewer for the United Nations IPCC.

I propose that it is not science per se that Christians distrust, but the political subversion of science.

Lest we forget, the cultural authority of science, drawn from marvels as rocket ships and cancer cures, is born from the Biblical view that nature is the orderly work of a personal Creator who governs nature in rational terms that humans, created in His image, can grasp in some measure.

It is not that Christians reject science, but that they, who love truth, increasingly recognize that in many cases what is sold as “science” — a search for truth — really isn’t any longer. That is what conservatives and Christians distrust, and what anyone who cares about science should also distrust. As Robert Merton observed, “Most institutions demand unqualified faith; but the institution of science makes skepticism a virtue.”

James Wanliss, Ph.D., is Professor of Physics at Presbyterian College, Clinton, SC. He is a Senior Fellow and Contributing Writer for The Cornwall Alliance for the Stewardship of Creation, and author of  Resisting the Green Dragon: Dominion, Not Death. He has published over 50 peer-reviewed physics articles, has held the NSF CAREER award, and does research in space science and nonlinear dynamical systems under grants from NASA and NSF.