A win for the pro-life movement isn’t the only significant part of the NIFLA Supreme Court decision. Justice Kennedy also called California an “authoritarian regime.” 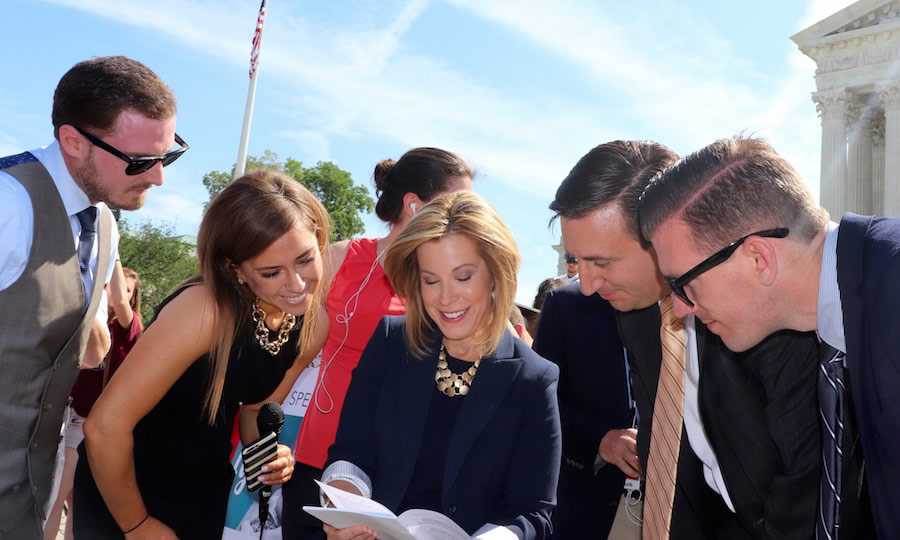 On Tuesday, the U.S. Supreme Court handed down a significant win for free speech and the First Amendment. In a 5-4 decision, the court in NIFLA v. Becerra ruled the Reproductive FACT Act to be unconstitutional. The California law required pregnancy centers advertise abortion services.

The centers “will no longer be forced to advertise for the abortion industry by posting signs in their premises,” said Warren. The law required notices be printed in “48-point type … in 13 languages.”

“This ruling makes it more difficult for other states to pass laws that will impose similar requirements on pregnancy centers,” he concluded. More than 2,700 centers serve women nationwide.

The Bedrock Right of Free Speech

In the majority opinion, Justice Clarence Thomas found no reason nonprofit pregnancy centers should be compelled to advertise abortion services. “Neither California nor the Ninth Circuit has identified a persuasive reason for treating professional speech as a unique category that is exempt from ordinary First Amendment principles,” he wrote.

Waggoner argued the case before the court. “The First Amendment provides broad protection for speech,” she said then.

It doesn’t matter whether you are in the marketplace, in your home or in your church, free speech applies in those contexts. Just because you enter into the marketplace doesn’t mean you lose your rights to speak the truth and live consistent with your conscience.

Re @NIFLA: A solid victory for freedom of speech, against govt agents who would force people to speak state-approved messages. It’s particularly gratifying that #SCOTUS agreed with @CatoInstitute's arg that professionals don’t get some lesser protection under 1st Am. #CatoSCOTUS

The most impassioned response came from one justice known as the “swing vote.”

Justice Anthony Kennedy has long been a critical voice on the Court. Though appointed by Ronald Reagan, he often votes against the conservatives. His vote secured the Obamacare law (in NFIB v. Sebelius). It also secured same-sex marriage (in Obergefell).

For months, rumors have persisted that Justice Anthony Kennedy will soon announce retirement. The 81-year-old has served on the bench for  30 years.

As the centrist swing vote, Kennedy has advanced liberal causes like same-sex marriage and conservative causes like today’s case. It is expected that if he retires, President Trump will replace him with a more reliable conservative vote.

In a recent USA Today article, Tony Perkins of Family Research Council noted that “a federation, a loosely connected coalition” of groups are actively preparing for a vacancy. “Everybody [is] doing their own thing, but in a coordinated fashion,” he said.

Two liberal Justices are also among the oldest on the high court. Ruth Bader Ginsburg recently turned 85. Stephen Breyer will be 80 in August.

In NIFLA, he wrote his own concurring opinion. He concludes by questioning the principles by which California legislates. “The California Legislature included in its official history the congratulatory statement that the Act was part of California’s legacy of ‘forward thinking,’” he wrote.

Quoting an earlier court decision, he declared, “It is not forward thinking to force individuals to ‘be an instrument for fostering public adherence to an ideological point of view they find unacceptable.’”

It is forward thinking to begin by reading the First Amendment as ratified in 1791; to understand the history of authoritarian government as the Founders then knew it; to confirm that history since then shows how relentless authoritarian regimes are in their attempts to stifle free speech; and to carry those lessons onward as we seek to preserve and teach the necessity of freedom of speech for the generations to come.

Governments, he concluded, “must not be allowed to force persons to express a message contrary to their deepest convictions. Freedom of speech secures freedom of thought and belief. This law imperils those liberties.”

Pregnancy care centers “offer concrete resources like diapers, formula and baby clothes,” said Catherine Glenn Foster. Her group Americans United for Life issued an amicus brief in the case. “They offer support, encouragement, education and guidance. This is a huge victory for free speech rights, and for all the women who rely upon these centers.”

Others involved firsthand in pregnancy care efforts praised the decision. The decision is “a victory for free speech worth celebrating!” stated Christina Marie Bennett. After serving for years at a local center, she now works for the Family Institute of Connecticut. Yet Bennett also has seen troubling trends. “That being said, the fight is far from over,” she continued. “NARAL, Lady Parts Justice and other pro-abortion rights advocates are more aggressive now than we’ve seen in decades.”

Hartford, Connecticut, recently passed an ordinance restricting pregnancy centers, for example. Bennett testified against the policy in city council hearings. The city announced Tuesday that they were delaying it in light of the NIFLA ruling.

Outside the Supreme Court, nearly a hundred NARAL protesters with matching t-shirts and signs grew louder as the decision was announced. In the past, abortion rights supporters have openly recruited protesters to appear at the court.

The clash between the two sides has become starker in recent years. Pro-life advocates view the NIFLA decision as a clear win in their cultural and political struggle.

“This ruling will result in many more women, men and families being able to access life-affirming, family-building help that pregnancy centers offer in California and beyond,” said Warren.