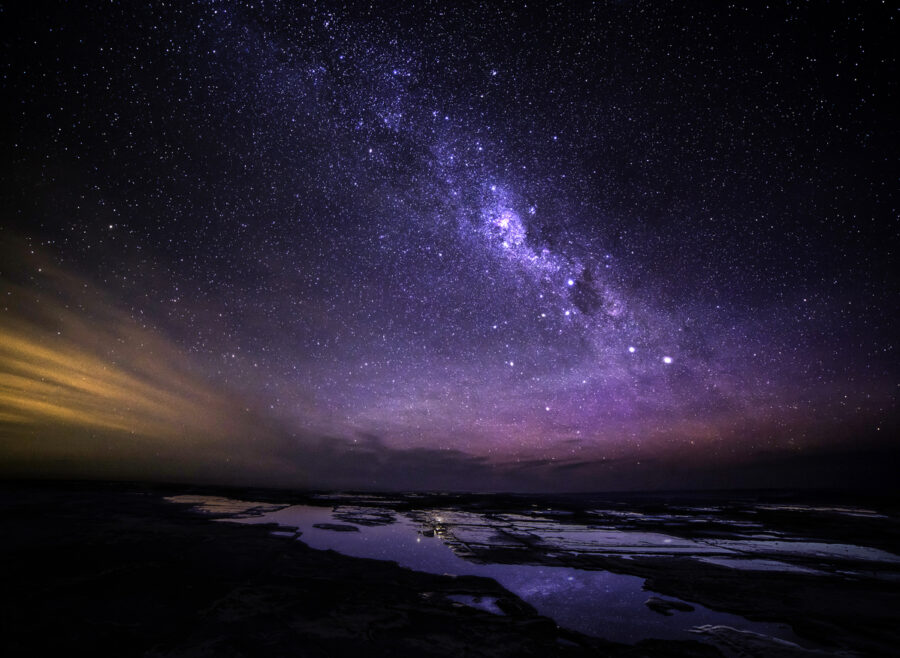 This may sound simplistic, but when you’re stressed out, go outside after dark and just look up. That’s what Isaiah told the nation of Israel to do, “Lift up your eyes and look to the heavens” (Isaiah 40:26).

In other words, he said, “Get out of your fetal position, quit walking the floor, go outside, and look up.” Why? Because he preceded his directive with, “‘To whom will you compare me? Or who is my equal?’ says the Holy One” (verse 25). And then he followed with, “Who created all these? He who brings out the starry host one by one and calls forth each of them by name. Because of his great power and mighty strength, not one of them is missing” (verse 26).

This God — Isaiah’s God, the Bible’s God — is an unequaled God. You can put every other so-called “god” together and they would never equal even the one true God’s smallest toenail. And the proof isn’t “in the pudding”; it’s in the stars. But when the ancient Israelites heard Isaiah’s words, they had no idea what incredible words they were.

On a mission trip in Zambia, I was taking a boat up the Zambezi River to speak to pastors who were coming from many miles around. After a four-hour ride, we were deep into the African jungle. That first night we were sleeping in a tent when I woke up. I slipped outside, and what I saw was breathtaking. I had never seen so many stars in my life! It was as though they had become rabbits and multiplied while I slept! But the reason I could see so many stars was that we weren’t around any electric lights or pollution. We just had a clear, clean sky.

Astronomers tell us only a little over 9,000 stars are visible to the naked eye, but that’s only about one to the hundredth quintillionth of stars out there. A quintillion is a one followed by 20 zeroes. They also estimate the number of stars in the universe is about three septillion. That’s a three with 24 zeroes after it. That number is constantly expanding. And every single second those three septillion stars put out roughly the same amount of energy as a trillion atom bombs. We now see infrared images of galaxies we didn’t even know existed, estimated at about 12 million light-years away.

And Isaiah said God calls every one of them by name!

To put it another way, astronomers estimate that 100 billion to 400 billion stars are in our galaxy, and now the Hubble Space Telescope indicates there may be two trillion other galaxies in the universe with who knows how many stars. Yet God says, Not one of them is missing by my power and my mighty strength. Not one runaway, renegade star is anywhere in this universe.

What is my point? If God has such a ﬁrm grasp on the universe, don’t you think he can handle whatever is causing you stress? If God can keep stars in their orbits and planets in their place and make an entire universe run like a Swiss watch, then when he says to you I’ve got this, you can believe it.

Is God There? — Carol McLeod on LIFE Today Live