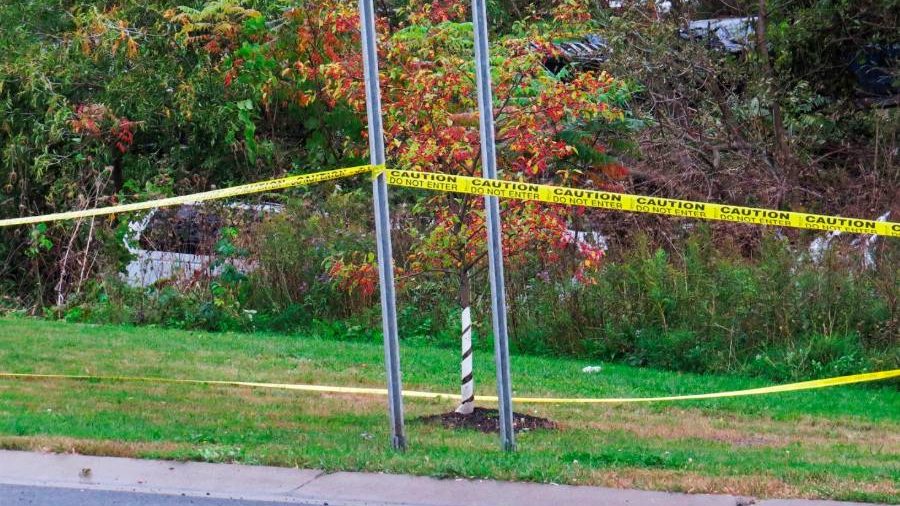 In this Oct. 6, 2018, file photo, a limousine, left, has landed in the woods following a fatal crash in Schoharie, N.Y. Kim Lisinicchia tells CBS in an interview aired on Wednesday, Oct. 10, that her husband, Scott, had stated several times that he needed a different vehicle but then trusted the company's assurances that its "cars were all right."

This article is available to read at the Associated Press Archive Link here: https://apnews.com/8e8ec7d79d2a440ba62928874ef75751/Limo-driver's-wife:-He-previously-expressed-concerns

Vegas Shooting Memorial: ‘None of Us Will Ever Be the Same’