Let’s Be an Answer to Jesus’ Prayer 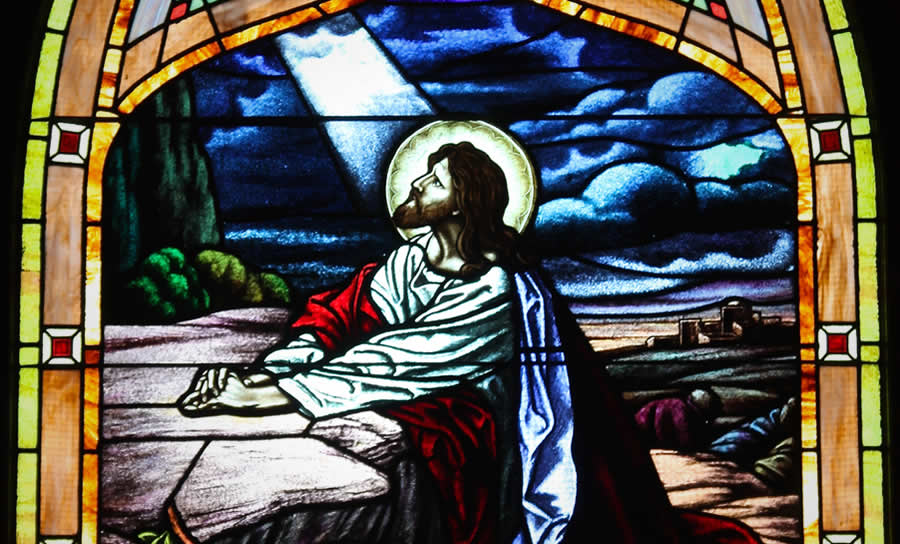 Many times I have said to friends and viewers of LIFE Today, “If you want your prayers answered, seek to be an answer to someone else’s prayer!” As Betty and I have supported missions and ministry endeavors all over the world, we have seen the things we were able to do come as a direct answer to someone’s prayer, not just a need met. When we give attention to the concerns of our Father and hear the heart cry of others, there is no question that God grants us light in our darkest moments and we become a fruitful garden, truly an ever-flowing stream.

My personal focus now, and for the rest of my life, is to see Jesus’ prayer for us in John 17 fulfilled in our day. As believers, we must learn how to live from right now to eternity! Our Lord expressed excitement to His Father about the glory that had been revealed through Him to His followers now being revealed to the world through them. He desires that we each become one with the Father, just as He (Jesus) is. We are to capture the heart of the Father because we have been totally captivated by His heart. His will becomes our will, His concerns our concerns, and His focus our focus.

Jesus was continually seeking to do only those things that please the Father. He moved as God directed His steps. He would separate Himself from the sounds of the world to know clearly the Father’s mind and be able to live in sync with His heart.

The Father’s Heart for Us

The love of the father with the prodigal son exemplifies God’s heart toward us. This boy took from his father money that he had not earned or helped produce. He left the father’s presence, moved out of his shelter, and wasted everything the father had provided and entrusted to him. He damaged the family’s reputation with no regard for it, squandered his wealth in riotous living, and found himself in want. He was in such desperate need that of all things, this Jewish son had to live in a pig pen feeding unclean animals and eating what they ate. This was the lowest place a Jewish person could sink, because their laws and customs forbade contact with pigs.

What was the response of the father concerning his son’s rebellion? He certainly didn’t condone it. He didn’t approve of it or continue to enable it. He prayed continually for the son. He cared deeply for him. The father’s love never diminished and he looked with a longing in his heart every day for that boy to return to the shelter, shadow, and security of the father’s house. Sure enough, the day came, and he rejoiced to see his son come home! In love he embraced him, covered him, and confirmed his sonship.

This should be the attitude of every Christian toward other believers, even when they are defeated by sin. While not approving their actions, we continually pray for and long for a repentant heart leading to a return to the watchful care of the Shepherd.

Then Jesus prayed for His followers what may seem to many as the impossible dream — “that they may be perfected in unity” (v. 23). The thought of believers being perfected in unity and love — truly becoming a family of faith with hearts in harmony with our Father in heaven — causes the forces of hell to tremble. The church standing on this foundation will overpower the realm of darkness, deception, and destruction, setting free all captives who respond to the kingdom reality Jesus prayed for.

As a teenager reading the biography of D.L. Moody, I was highly influenced by a statement Moody’s friend Henry Varley made to the young evangelist: “The world has yet to see what God can do with a man fully consecrated to Him.” As a boy, I said, “I want to be that person.” I still do! But even more, I want the world to see what God can do with a people who truly become disciples — His church on this earth, totally surrendered and committed to becoming an answer to Jesus’ prayers.

“How good and pleasant it is for brothers to dwell together in unity” — Psalm 133:1

During the past twenty years, God has led me to meet with many diverse Christian leaders, which religious tradition and the opinions of others had taught me to avoid. During these times of sharing and seeking together to know God’s heart, I have never disregarded or knowingly compromised God’s Word — and I never will. As a result, I have experienced firsthand the powerful truth of the psalmist, “How good and pleasant it is for brothers to dwell together in unity” (Psalm 133:1). During these exchanges, I have many times felt what I perceived as the Father’s pleasure just as Betty and I experienced it when we watched our three children playing together in joyful harmony.

Would you join me seeking to be one with the Father — perfected in unity so the world will know we are His disciples because of our love for Him, for one another, and for a world in darkness and pain? Let’s be an answer to Jesus’ prayers so that the world may behold the glory of the Father and the Son in our lives!