Lessons From the Eclipse 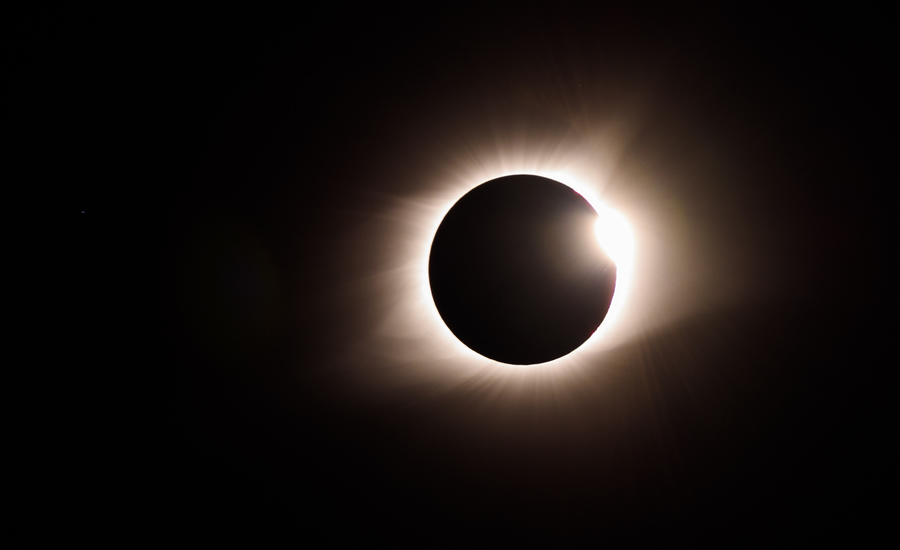 The solar eclipse last week was a marvel. After all, people were looking up, instead of looking at screens! There was a widespread sense of the wonder of creation at a time of social, religious and other turmoil. People were even talking on New York City street corners! And goodness, for once people weren’t obsessing over Donald Trump and his administration, waiting for the next person to quit or be fired or bullied into submission.

Whether it be Charlottesville or the increase in violence as not just a political statement but expression of anger, vitriol on social media, or wistful talk in a New York City diner about the president being assassinated or otherwise dying (as I’ve overheard in recent days and weeks), we are not seeing the best of ourselves lately. As we were all frenzied about the eclipse, I walked out of St. Agnes Church by Grand Central (where there are 39 Masses celebrated throughout the week, along with multiple confession times and afternoon Eucharistic adoration), and came across a man resting beside his own vomit. The whole city seems as though it passes by that block, and how many of us even notice a man there in distress, never mind stop to help and get to know him and his story?

In city life, especially, we pass people by all the time. But everywhere. Even with the people we could know and love the most, sometimes. And yet, we often are on top of the latest Trump tweet and are full of opinions about it and him. There’s being an informed citizen, but then there’s using news as entertainment or distraction from the real power we yield in our own lives and in the world around us.

On eclipse day, the Liturgy of the Hours, which priests and others in the Catholic Church pray throughout the day, came from the words of Saint Augustine, and he seemed to be preaching to us. He asked rhetorically:

Is there any affliction now endured by mankind that was not endured by our fathers before us? What sufferings of ours even bear comparison with what we know of their sufferings? And yet you hear people complaining about this present day and age because things were so much better in former times. I wonder what would happen if they could be taken back to the days of their ancestors — would we not still hear them complaining? You may think past ages were good, but it is only because you are not living in them.

That’s a little perspective to help you with your frustrations, be they personal, professional or political. A little reality check for our short-attention span times. Saint Augustine continued:

From the time of that first Adam to the time of his descendants today, man’s lot has been labor and sweat, thorns and thistles. Have we forgotten the flood and the calamitous times of famine and war whose history has been recorded precisely in order to keep us from complaining to God on account of our own times? Just think what those past ages were like! Is there one of us who does not shudder to hear or read of them? Far from justifying complaints about our own time, they teach us how much we have to be thankful for.

I noticed people on social media being thankful on eclipse day. Many were even grateful to the media for making such a big deal of it, so it was nearly impossible not to pay attention to the time and find a way to view it. Thankful, too, for the time spent with family, friends or people who came to the rescue of those who weren’t prepared. We don’t have an eclipse every day, but its lessons could inspire a change of approach to daily life and all the seemingly bad news. There’s good, too. Being atwitter with gratitude daily would certainly be a different approach during times where SAD! seems to suck up so much of the oxygen.

Mark Batterson on Double Blessing: ‘What We Give Away, We Get to Keep Forever’