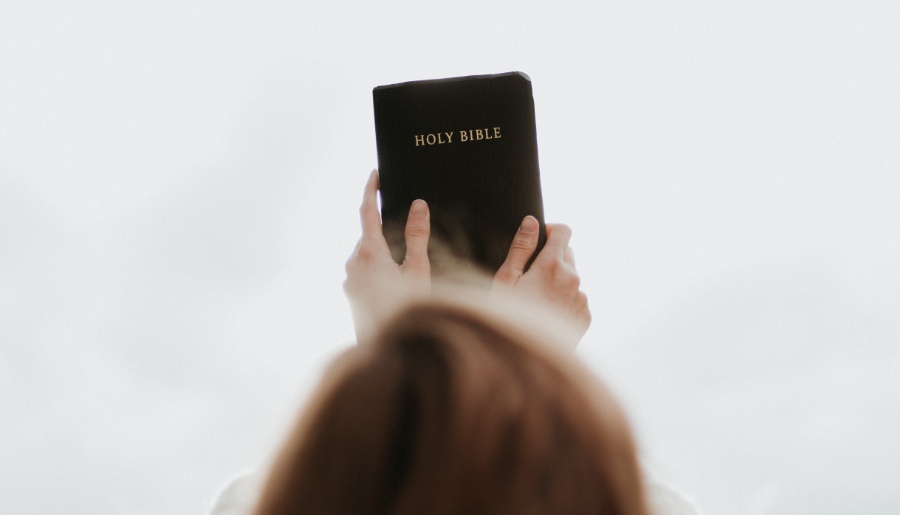 As we pray the Lord’s Prayer we might wonder why God would lead us into temptation in the first place. This traditional wording for the Lord’s Prayer is rather unfortunate. When I rode my motorcycle here today I might have prayed “Lord, may I not be enticed by this beautiful weather to keep motorcycling instead of getting to work.” Or I might have prayed “Lord, may I not fall off.” Those are two very different prayers and both those ideas work for the Greek word for temptation. Most Bible scholars think the latter is in view, the idea of being tested, of facing trials and great difficulties.

As with the most of the Lord’s Prayer, we want to remember these requests are in the plural. It is not “Do not lead me (personally) into testing, deliver me from evil,” but “do not lead us (as a people) into testing, deliver us from evil.” The people standing by Jesus as he taught may have had in mind the entire nation of God’s people. They could have considered the very real possibility of another national tragedy as the kind of testing they were praying to avoid.

God’s old covenant people were used to national tragedies. The Assyrians took out the Northern tribes some time before the Babylonians took the people of Judah into exile. These times of great trial, tribulation and testing happened because of the sin of God’s people. Now, God’s covenant people were back in the promised land, as promised, but the Romans were also in the land as an occupying army. There was a very real danger of being led into a great and terrible time of testing again. In this context, the prayer might be understood as, “forgive us rather than lead us into tribulation by driving us into exile again, deliver us from the evil Romans.”

Jesus would go on to answer the prayer in quite a different way. In fact, God’s old covenant people did experience great tragedy at the hands of the Romans — with Jerusalem being destroyed, along with the temple. Jesus, however, did something far greater than deal with the danger God’s convent people faced in losing their land to the Romans. He dealt with the danger we all face in losing life due to separation from God through sin.

When the perishable has been clothed with the imperishable, and the mortal with immortality, then the saying that is written will come true: “Death has been swallowed up in victory.” “Where, O death, is your victory? Where, O death, is your sting?” The sting of death is sin, and the power of sin is the law. But thanks be to God! He gives us the victory through our Lord Jesus Christ.

Before we think this means we will never face times of trial and testing, let us also consider the following:

Blessed be the God and Father of our Lord Jesus Christ! By his great mercy he has given us a new birth into a living hope through the resurrection of Jesus Christ from the dead, and into an inheritance that is imperishable, undefiled, and unfading, kept in heaven for you, who are being protected by the power of God through faith for a salvation ready to be revealed in the last time. In this you rejoice, even if now for a little while you have had to suffer various trials [the same word traditionally translated as “temptation” in the Lord’s prayer], so that the genuineness of your faith — being more precious than gold that, though perishable, is tested by fire — may be found to result in praise and glory and honor when Jesus Christ is revealed. Although you have not seen him, you love him; and even though you do not see him now, you believe in him and rejoice with an indescribable and glorious joy, for you are receiving the outcome of your faith, the salvation of your souls.

Consider it pure joy, my brothers and sisters, whenever you face trials [the same word traditionally translated as “temptation” in the Lord’s Prayer] of many kinds, because you know that the testing of your faith produces perseverance. Let perseverance finish its work so that you may be mature and complete, not lacking anything.

As these Scriptures make clear, we are not rescued from all suffering. We will face times of trouble and adversity. God does not send those troubles to destroy us. God uses those troubles in our lives to help us grow. His ultimate plan is to deliver us from evil and its consequences. God will answer the prayer. Even when the troubles before us threaten our lives, the day is coming when we will look back and say “God has delivered us from evil! God has taken care of us!”

Jesus taught us to pray “lead us not into great testing, but deliver us from evil.” As we pray that, let us thank the Lord our prayer is already answered in Christ.

Editor’s Note: This reflection comes from an “online worship expression” which has replaced our regular church service due to COVID-19 precautions. The reflection alone can be seen here.