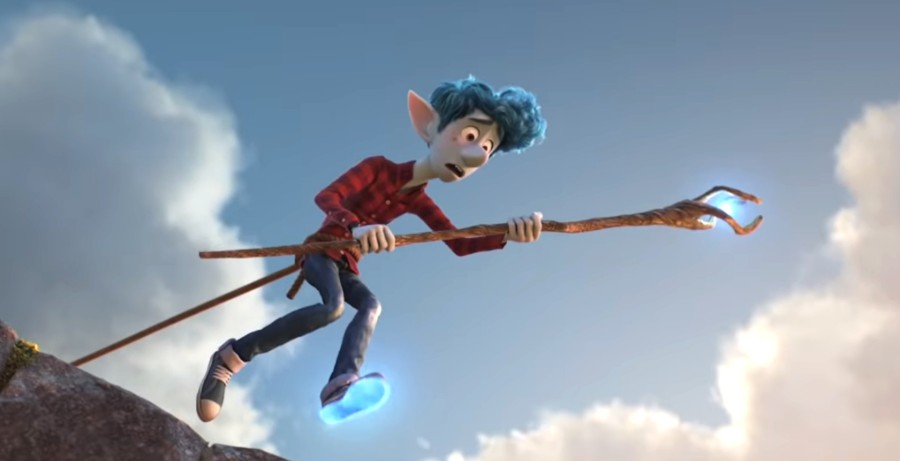 Disney/Pixar recently released Onward on home media after the temporary closing of theater chains due to COVID-19. The film stars Chris Pratt and Tom Holland — known for Star Lord and Spider-Man in the Marvel Cinematic Universe — as brothers Barley and Ian Lightfoot. Elvish teenagers, they live a suburban life in a world that feels influenced by Tolkien’s Middle-Earth.

The brothers are raised by their mother, Laurel (Julia Louise-Dreyfus), as dad died when the boys were very young. A father’s birthday gift awakens the hope that Ian and Barley could meet their late father via resurrection. An older brother’s desire for closure sweeps young Ian up in a grand adventure.

The Path of Peril

All his life, older brother Barley has yearned for adventure. From books to games, Barley wants to do something grand and memorable. Younger brother Ian would rather live on a smaller scale. Namely, survive high school and celebrate a birthday with friends.

But the desire to know their father overrides all things. Armed with Barley’s van Guinevere, the brothers forge a perilous path fraught with dangers untold. This journey tests and tires them as they persevere and character is built.

The path these brothers walk echoes what the Apostle Paul laid out in Romans 5. Paul wrote that “suffering produces perseverance, and perseverance produces character, and character produces hope.” These related elements rest in hope as a confident expectation of the future. This confident expectation of reunification the Lightfoot brothers have pushes them to persevere though peril.

This same “confident expectation” enables us to persevere though tough times. It is through trial that character is crafted. In Romans 5 Paul roots his hope in the work and worthiness of Jesus. This is a model for those who follow Him.

On their journey, the Lightfoot brothers come to a crevasse they cannot cross. It’s up to Ian to solve this problem, using his newly discovered ability for elvish wizardry. He forges a path out of nothing, one he cannot see.

Much like Indiana Jones in Indiana Jones and the Last Crusade, Ian takes a leap of faith believing that what he cannot see is present with him in his need. It recalls Peter walking on water towards Jesus, in the Gospels. Also like Peter, Ian’s distraction by surroundings leads to greater peril.

The distinction is that a quest is a journey of death or deep change (sometimes both). A change so deep you cannot go back to the life you knew before you walked this path. Keller projects the observations about Tolkien’s work onto a Christian’s life as one of deep change.

The path of the Lightfoot brothers in Onward echoes this. They discover their quest is more than they could imagine. It takes them to unexpected places. The way they see each other and their world is changed forever.

As we approach Easter, might we see our path as a journey of deep change moving us onward. Onward toward the cross of the crucified Christ and the once resting place of a risen Redeemer — towards reconciliation and restoration with our Heavenly Father.

Rated PG for action/adventure and mild rude humor, Onward is on home media now. Explore The Stream’s complete films coverage, and sign up to receive top stories every week.

A native of Canton, Michigan, Aaron Welty served as a congressional staffer for five years and now works in the federal government. He is a graduate of Cedarville University. An inspiring speaker who has addressed Star Wars Celebration and AwesomeCon, Welty has been featured on NBC Nightly News, Roll Call and The Daily Signal.