Kirk Cameron: God is Not Waiting for Christians to Eliminate the Opposition 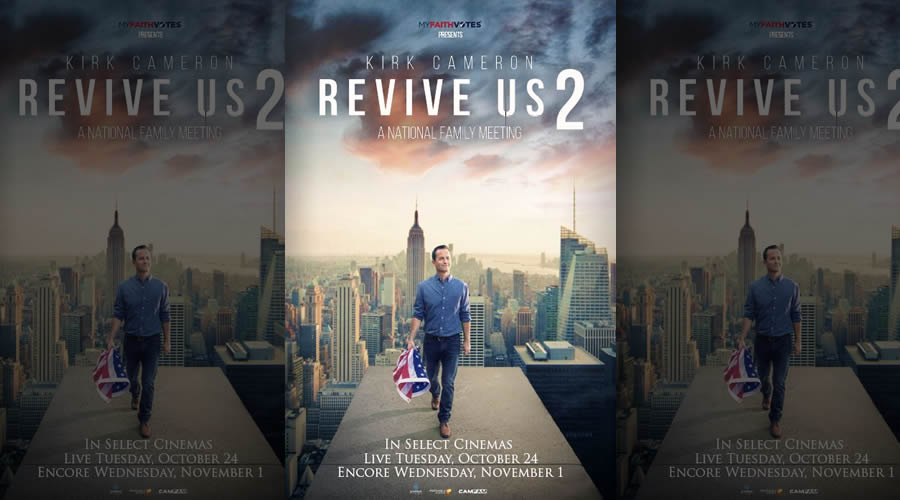 Actor Kirk Cameron, famous for playing heartthrob Mike Seaver in the 80s sitcom Growing Pains and a faithful evangelical Christian, recently offered an interesting reflection on the culture wars and the state of repair and panic that has infected America.

Speaking to Rob McCoy at Godspeak Cavalry Chapel, Cameron, 49, cited a passage from 2 Chronicles: “If my people, who are called by my name, will humble themselves and pray and seek my face and turn from their wicked ways, then I will hear from heaven, and I will forgive their sin and will heal their land.”

Cameron explained that in his view this might be the best approach to the current political and spiritual battles roiling the nation (at the 8:20 mark).

God is not waiting for Christians to eliminate the opposition or crush and trounce the other side. There is an if/then proposition God is making here. He’s saying my people. He doesn’t say the other side of the political aisle. Or if those who don’t believe would just believe. If my people, Christians, humble themselves and pray turn from their wicked ways, then I’ll take care of everything else that bothers you.

I’ll heal your land, I’ll forgive your sin, I’ll take care of your enemies. That’s what He did with Israel every time. You put your eyes on me, you get your heart loyal to me, I’ll take care of them with the flick of a finger. I think God is looking for righteousness in his people. I can repent, I can pray. If we do that then God will take care of the opposition? I think he will.

Many will no doubt have differing views on how to conduct spiritual warfare. One recalls the priests in The Exorcist were engaged in a battle and didn’t have much time to humble themselves. But Cameron is a believer with an impressive body of work serving the church. He stars in faith-based movies like Fireproof and Saving Christmas, and is about to hold his second annual Revive Us a national simulcast Christian camp meeting that asks the Lord to bring the healing to our confused and broken nation.

I can personally vouch that Cameron is a decent person, even away from cameras. I interviewed the actor when he was about to host the first Revive Us. At the time the interview was supposed to start I got a call from Cameron’s PR person. He had been trying to call for several minutes. But our phones were on the blink due to some electrical outage.

I told the PR person that I was going to have to call Kirk directly. This was an embarrassing situation. Famous actors are understandably reluctant to give their numbers out. It’s a particular concern for a man of faith like Cameron, who is reviled by the left.

Cameron could not have been nicer. I got through to him and apologized. I told him I felt embarrassed. Cameron could have become irritated or blasted me — in other words, pulled a Harvey Weinstein. But he was a genuine gentleman. We were quickly talking about Revive Us, faith, my Catholicism. We even covered the fact (mentioned in his memoir) that he is named after James Tiberius Kirk of the starship Enterprise. In short, when no one is looking, Kirk Cameron is a real Christian. 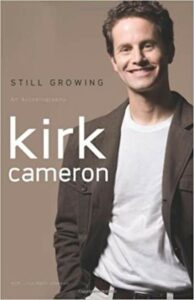 Cameron also said something I never forgot. He said that America may be facing “a Red Sea moment.” It’s a phrase is inspired by the biblical story of Moses.

I visit churches all over the country teaching marriage conferences and I hear it all the time from couples. Moms are concerned about the future for their children. Dads know that something broken, that the nation’s on the wrong track.

And they wonder if America is frankly in the last days of being a great nation. And they’re very concerned. I want to say to them, I think there’s never been a more exciting time in America to be a Christian, to be a person with deep faith in God. Because it’s when hope seems lost that God parts the waters, right? That’s when he splits the Red Sea. I think this could be a Red Sea moment for you, for me, for us in our American story.”

He continued: “I challenged the smartest, wisest, most faithful friends I have to answer the question: At times like this, what can we do? Their answers literally inspired me. They refreshed my mind, they revived my heart, they filled me with hope and optimism. And I said, I’ve got to get this out to other people.”

Cameron has gotten the message out. Whether it will be heard is another question.

Pastor Calls for Prayer and Fasting Every Tuesday Until the Election