Joy Break: Teenager Survives Twister in His Truck: ‘God Gave Me Another Chance’

By now you may have seen the video of the red truck flipping and spinning in a tornado in Elgin, Texas. Here's what the driver had to say. 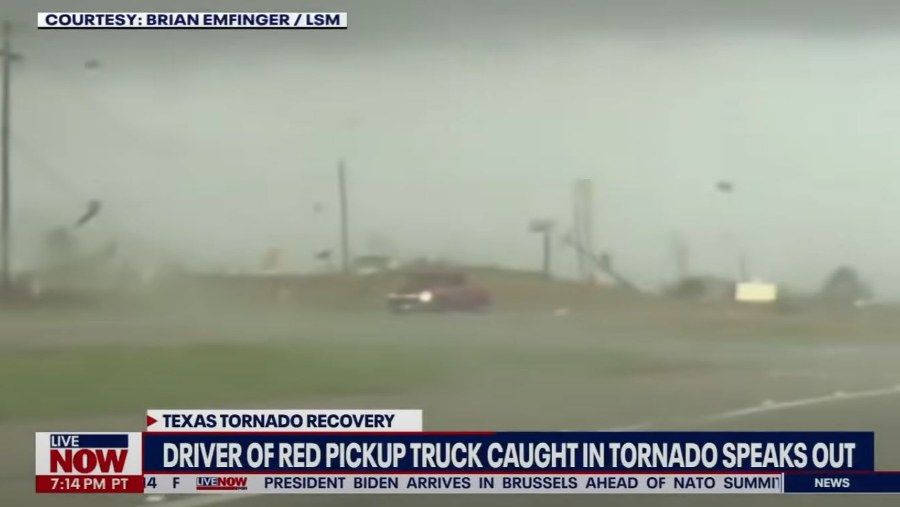 Riley Leon, just 16, made headlines this week after a video caught his red Chevy Silverado flipping and spinning around in a tornado on a highway in Elgin, Texas.

The teenager had just finished a job interview at a Whataburger when he was driving home. As he made a turn, he felt his truck lift up. “Thrown like a paper around,” Riley told FOX Weather.

“I can’t imagine him being in there and coming out with only scratches on him,” his mother said. She’d told him not to go out because of the weather, but Riley went to the job interview anyway. Still, she is thankful he’s with her. “I give thanks to God that He protected him all this time.”

Riley is grateful God protected him. “Grateful I’m here and grateful God gave me another chance because better things are going to come in the future.”

Riley survived with only a few scratches on his arm.