Joy Break: Man Sings Nothing but the Blood of Jesus at the US Capitol Rotunda in Viral Video 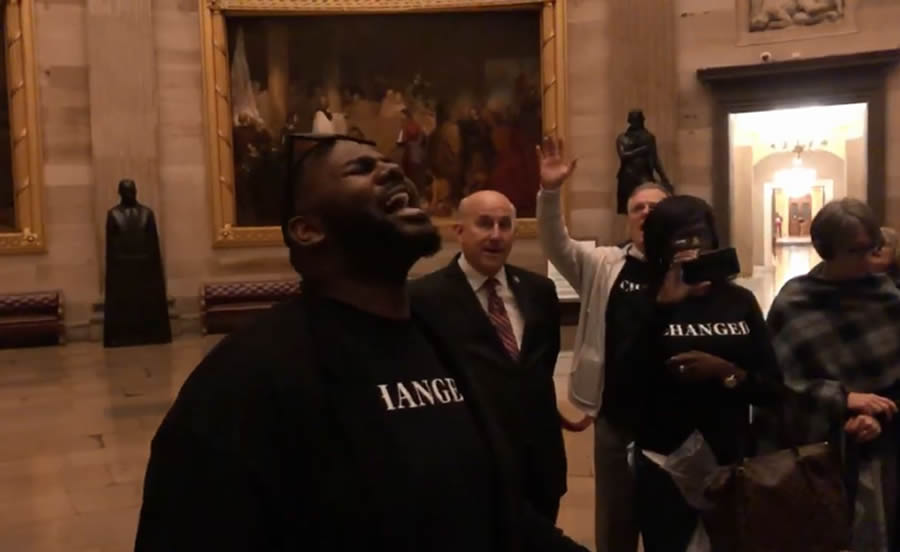 When new recording artist Edward Byrd toured the U.S. Capitol last week he didn’t expect to sing in the Rotunda. Now a video of him singing the hymn Nothing but the Blood of Jesus has gone viral.

After a tour of the Capitol, Byrd, who released his first single in February, began to sing. Oh, how even the statues seem to weep.

For Byrd, the song Nothing but the Blood of Jesus is meaningful. “I have a personal relationship with that song,” Byrd told Faithwire. “When I first came out of the lifestyle of homosexuality, and things really became hard for me, as far as transitioning out of my old life and into my new life, the Lord spoke very clearly to me, ‘There’s power in the blood of Jesus.'”

Byrd told The Stream that as our culture struggles with divisiveness, there’s only one thing to do. “The real thing that we need to do in this moment is return back to Jesus. He’s the One Who heals. And if He did it for me, I feel like He can do it for our world, He can do it for our nation.” The song is “so powerful.” “I know it transformed me, so I believe it can transform our world.”