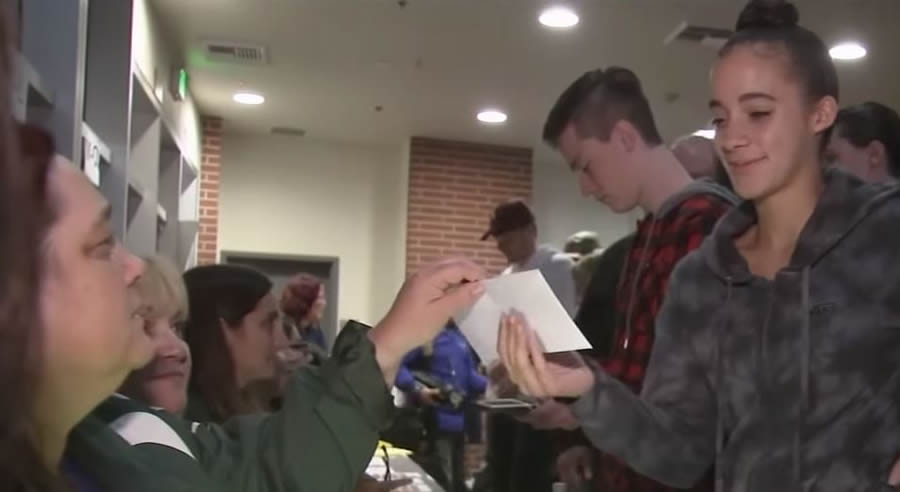 “For me, high school … was an idyllic time of my life, you might say,” said California real estate developer Bob Wilson. “And I thought about these kids, and I thought about my experience. And I said, you know, if I could just put a smile on their face. And so I decided on the spot I would do this.”

An Act of Kindness

Wilson, 90, heard about the devastation of the Camp Fire in Paradise, California. He wanted to do something for those who were directly affected by the fire. According to CBS News, about 900 of the 980 students attending Paradise High School lost their homes. Wilson decided to give each student and employee of the school $1,000, to bring a smile to their face. His gifts totaled more than $1 million.

Initially, Wilson thought he’d give money to the students. “The more I thought about it, I thought, what about the whole school?” Wilson said. “What about the teachers, what about the bus drivers, the janitors, and so forth. And so I said, ‘I’ll include the entire school.'”

Wilson wanted to give the money directly to the students and staff of the school, so he recently stopped by the school to hand out the checks.

His gifts touched the hearts of the students. “This means so much,” student Lily Higby told Wilson when she received her check. “Means so much to everyone.”

“Let’s face it, there’s joy in giving,” Wilson added. “And especially when you do it directly.”

Paradise High School Principal Loren Lighthall said that a lot of the kids would give the checks to their families for things like gas and food.

“He doesn’t even know us,” said student Samantha Pipkin. “But he has it in his heart to give this money to us. To just help us. And it kind of makes my heart smile.”

Where Was God When California Burned?

Shoes That Save a Life: LIFE Today’s Christmas Shoe Project