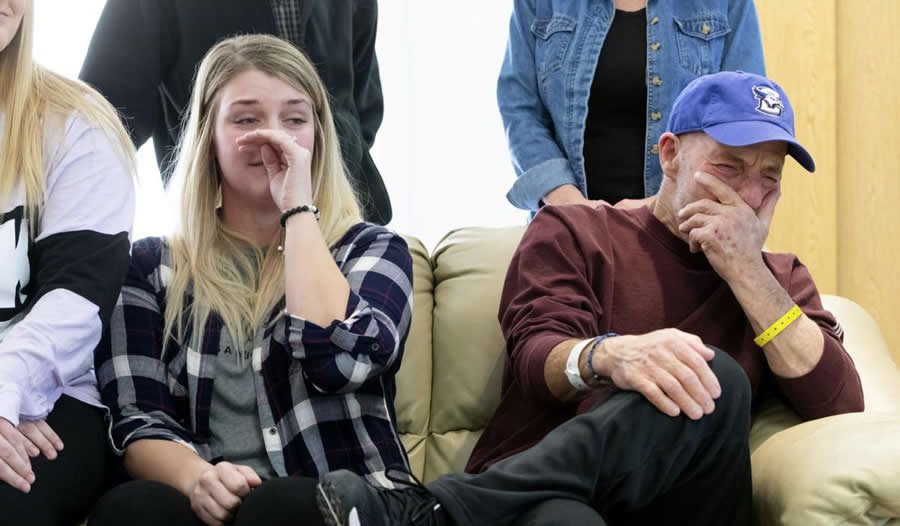 Doctors said T. Scott Marr had a stroke. He was on life support and had little brain function. His brain was swelling. After doctors told Marr’s kids that he likely wouldn’t make it, they decided to pull him off life support and let him pass away. But that wasn’t the end of the story. After weeks of therapy, and a new diagnosis, Marr has returned home.

His son found him on December 12, lying in his bed and unresponsive, although breathing, reported the Lincoln Journal Star. At the hospital, doctors put Marr on a breathing machine.

As he lay in ICU, doctors told his family he wasn’t going to make it. In fact, he was nearly brain dead with brain swelling. Dr. Rebecca Runge was his doctor. “We were worried in this case that this was not a reversible process and that it was going to proceed to brain death.”

His daughter, Preston Marr, prepared to remove her father’s life support. “He had always said, ‘I never want you guys to see me lying in a hospital bed, lying in a nursing home.’ They told us he was on his way to brain death, so we said our goodbyes before extubating him, all the monitors were shut off and we waited by his side.” Nothing happened.

The next day, Preston got an urgent call from the hospital. Marr’s kids decided to skip the funeral home appointment. When they returned to their dad, he was still breathing.

Preston asked her father to move his thumbs and his toes. He did as she asked.

Doctors decided to order another test — which showed that Marr didn’t have a stroke, after all. He was diagnosed with a rare condition called posterior reversible encephalopathy syndrome. “It’s commonly caused by high blood pressure, but there are many things that can cause it,” said Runge. She added that the kind of swelling Marr had was not typical of the syndrome. That’s why he was originally diagnosed with a stroke.

For Marr, he experienced a miraculous recovery. “I’m not an extremely religious person. I don’t go to church every Sunday,” Marr said. “But I do believe in God. I believe with all my heart. And now this is just proof for me that everything I’ve ever heard is true.

“That he loves me. That he’s right there for me,” he added. “It was pretty much a miracle.”

Joy Break: Peace in the Middle of the Storm

Joy Break: Miracle Rescues 77-Year-Old Woman After She Drove Into a Creek