Biden’s rhetoric focuses on restoring order and stability amid emergency, but the details of his transition agenda involve a radical upheaval of our economy. 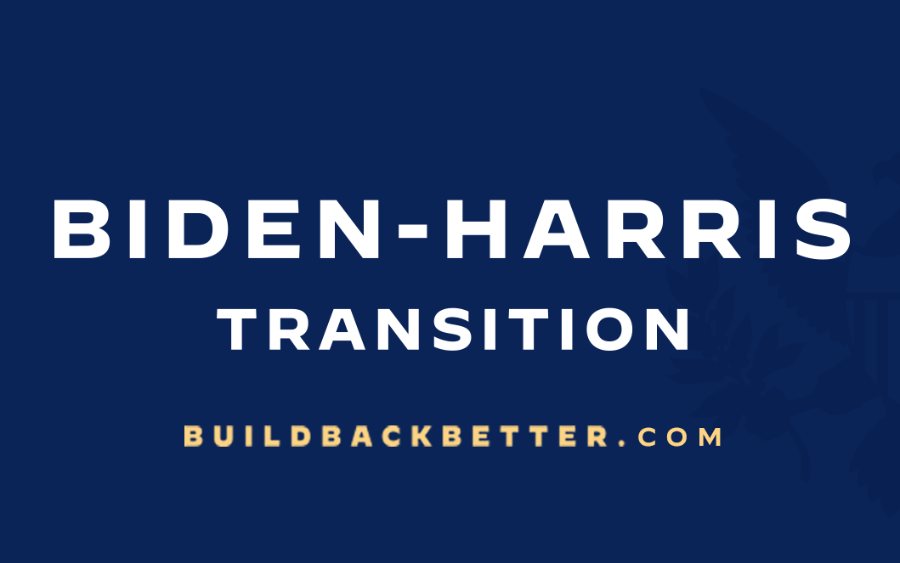 While Biden campaigned as a moderate Democrat, this transition agenda is very radical. It includes a whole host of policies that go far beyond the “return to normalcy” rhetoric that defined his campaign.

Let's get to work, @KamalaHarris. pic.twitter.com/uYe2EsmaFa

For example, Biden promises to respond to the continuing COVID-19 pandemic by further making use of the Defense Production Act. The emergency law allows the federal government to seize control of private industries and dictate their manufacturing. Biden says he would use this power to commandeer more private manufacturers and force them to build up the U.S.’s supply of Personal Protective Equipment (PPE).

Biden also says he would use the COVID-19 crisis as cause to push for a massive expansion of government control of Americans’ healthcare. Per his transition website, Biden will push for a government-run “public option” that “competes” with private health care companies.

As Pacific Research Institute healthcare analyst Sally Pipes has explained, this would lead to socialized healthcare in short order. Why?

Well, the government can force medical providers to accept lower rates and subsidize itself. Businesses can’t. No private company can “compete” with an institution that writes the rules of the game. They could eventually all go out of business, leaving just the government.

The details of Biden’s transition agenda involve a radical transformation of our economy toward more state control and intervention.

Biden says this plan is needed in the name of emergency pandemic response. But his public option would prove more than a short-term measure — it would almost certainly put the U.S. on the path to permanent government-run healthcare for all.

On the economic front, Biden’s rhetoric focuses on restoring order and stability, but the details of his transition agenda involve a radical transformation of our economy toward more state control and intervention.

For example, Biden’s emergency economic recovery plan includes permanently implementing a federal $15 minimum wage. Slipped into his crisis response, this provision would put national price controls on the labor market and, according to the nonpartisan Congressional Budget Office, eliminate millions of jobs.

That’s right: Biden has snuck a highly debated big-government economic policy into the fine print of his COVID-19 emergency plan. And this quiet economic overhaul extends beyond the minimum wage.

“This is no time to just build back to the way things were before, with the old economy’s structural weaknesses and inequalities still in place,” reads Biden’s transition website. “This is the moment to imagine and build a new American economy for our families and the next generation.”

This overhaul would include a federal bailout for bankrupt state and local governments and further expansion of what was supposed to be a short-term, ultra-generous augmentation of unemployment benefits. Indeed, remember the benefits that paid 70 percent of the unemployed more to stay home on welfare than to go back to work?

Biden wants to extend what was sold as an emergency measure. (And, I’m sure, extend it after that, and after that.)

The obvious labor disincentive created evidently does not concern Biden, or, he has decided it is a price worth paying for a massive expansion of the welfare state. So, too, Biden would seize upon the pandemic to inject the government further into the labor market through the creation of a “Public Health Jobs Corps.”

And, as part of his “emergency” economic response, Biden wants to pass the PRO Act, a law permanently destroying many gig economy jobs and erasing right-to-work laws nationwide.

And Then There’s Climate Change

Oh, and don’t forget about climate change, of course.

The Biden-Harris transition agenda also promises to immediately address climate change and “achieve a carbon-pollution-free power sector by 2035.” In pursuit of this drastic goal they would inject government resources into the upgrading of 4 million buildings and 2 million homes as well as promoting the construction of 1.5 million new “sustainable” housing units.

We should acknowledge that all of these policy overhauls are eminently debatable. While free-marketeers and fiscal conservatives will no doubt find many of them harmful, people of good faith may support the Biden agenda.

What’s really disheartening is the quiet manner in which clearly radical policy provisions have been slipped into the Biden transition agenda and emergency response. In this, we can observe one of the perennial dangers of government power — that it will seize on emergencies to expand, yet never fully recede.

This is the danger economist Robert Higgs identified in his seminal work Crisis and Leviathan as “the Ratchet Effect.” As I’ve written before:

Higgs showed how throughout history, crises have been used to excuse government power grabs. After each crisis, the government lets go of some of the power, but never all of it. As a result, the federal government’s power (the Leviathan) has ‘ratcheted up,’ crisis after crisis, throughout the last hundred years.

This is seemingly what the transition agenda is constructed to do.

Of course, Biden and Harris have every right to argue for their progressive, big-government agenda once in office. However, we should all demand that they be upfront with the American people about what they are doing. Otherwise, millions may unknowingly acquiesce to permanent government power grabs — masquerading as short-term emergency measures — that we may never fully be able to reverse.