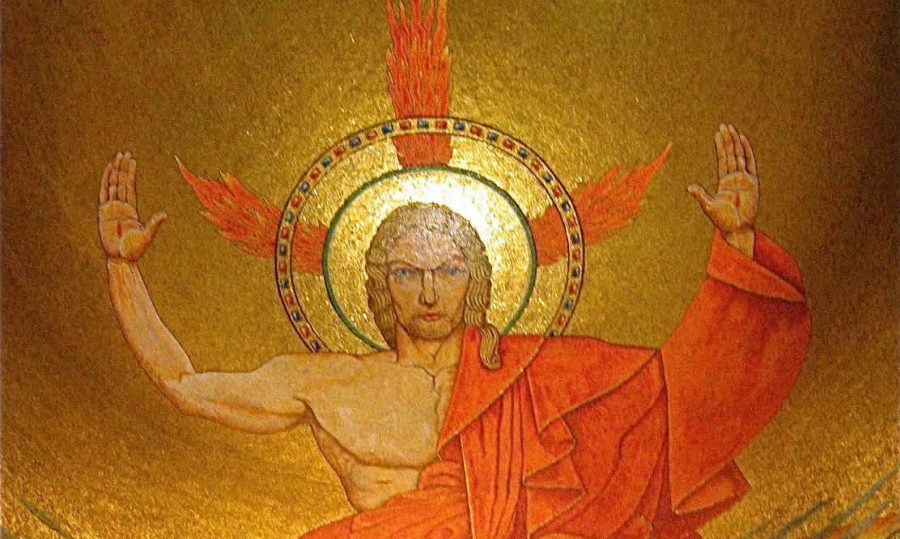 Ed Feser, one of America’s better thinkers, has published a blisteringly brilliant attack on “nice” Christianity. He based it on media reviews of the new Mr. Rogers movie, which he hasn’t seen. (And neither have I.) I affirm what Feser wrote, but he could have said even more.

This isn’t about the movie or even about Fred Rogers, who was an ordained Presbyterian minister. Someone will get that wrong, so please read it again, if you think I’m criticizing either the movie or Mr. Rogers. I’m not even talking about them. I’m talking about the movie’s media spin, and especially a Daily Beast story on it, with a headline gushing, “Finally, Something Nice: Tom Hanks Playing Mr. Rogers May Save Us All” — and with the word “nice” appearing another 16 times in the same article. Blech.

I know, I’m using the same word even more here, but I have no doubt you’ll be able to tell the difference. For what I’m really talking about is the screwed-up idea that niceness might save us. Or even that Christians ought to be nice.

Believers won’t have any trouble avoiding the “niceness will saves us” error. We know that nothing and no one saves us but Jesus Christ. Too often we get Jesus wrong, though; and our critics really get Him wrong. So much could be solved if people only saw Jesus for who He is.

He gave up His life for us, but He didn’t give up the truth.

And who He is, isn’t nice. Not if “nice” means anything like the moment in the trailer (also mentioned by Feser) where the tough journalist tells Tom Hanks, playing Mr. Rogers, “You love broken people like me.” Hanks/Rogers answers him, “I don’t think you are broken.” What good did a “nice” answer like that do him? This reporter knows he’s broken. How helpful is it to tell him he’s wrong?

That’s out of context, I know. I’m still not criticizing the movie; not assuming that short snippet tells the whole story. Still, it’s a great illustration of misguided niceness. Jesus knows we’re broken, and He doesn’t paper it over it with assuring words. He did something about it instead. Something strong. Something difficult, costly and courageous: He died for us.

The “niceness” portrayed there in the trailer is rotten. It’s a weak, lousy, decayed counterfeit pretending it’s love. For Jesus said, “Greater love has no one than this, that someone lays down his life for his friends” (John 15:33).

He demonstrated that love, and believe me, there was nothing nice about it. There’s never anything nice about an unjust trial followed by a whipping and a brutal execution.

Yet He did it for us as His friends. “Friends.” Now there’s a nice word, isn’t there? Sure. But read the next verse. “You are my friends if you do what I command you.” Ouch. Suddenly it looks a lot harder again. More stringent. More demanding.

“Nice” is Grace Without Truth

Only Jesus could set like a condition like that. No one else could define friendship that way, because no one else has the authority He had (and has). He was and is truly God, rightly in charge by virtue of the position He alone can claim, among all humans throughout all history. It’s no mere arbitrary demand when He makes it, for those who follow His instructions align themselves with reality and its core moral truths. They’re the truths of God’s own character, by which He designed us to prosper and to flourish. Obeying Him is good, just as much as friendship is good.

The rest of us dare not try to define friendship the way Jesus did. We can still follow His example of speaking the truth, though. For He came in both grace and truth (John 1:14,17). Truth without grace is hard, unyielding, unmerciful. Grace without truth is squishy, soft, and oh, so very, very nice. You could even define “nice” that way. It’s the puny sort of grace that cares nothing for truth, nothing for reality.

Don’t Give Up the Truth!

“Nice” is what liberals want Christians to look like. They prefer us not noticing as they strip our constitutional liberties from us; as they parade us as the “bigoted,” “homophobic” ones. There’s only one way to be “nice” on their terms, though, and that’s to yield them everything. Partial surrender won’t do it; just ask Chick-fil-A.

The better answer — the right and true answer — is to reject “niceness,” in favor of Jesus’ way of grace plus truth. Most of us are pretty good at the grace part; we’re good at looking the other way, not ruffling feathers, or even deciding that wrong isn’t wrong after all. That’s being “nice.”

I’m not sure how “nice” that is, but it doesn’t matter. It’s loving. And I’d much rather be loving than nice.

It isn’t being a bit like Jesus. Jesus made enemies by speaking truth; or, how do you think He ended up being tried and sentenced to die on that cross, anyway? It wasn’t by being nice. It wasn’t by pretending wrong is right and right is wrong.

He gave up His life for us, but He didn’t give up the truth.

The same goes — or should go — for every true follower of His. The truly gracious answer to an admission like that reporter’s — “I’m a broken person” — would explain the truth of what’s made him broken, which in a word is sin, and how to find healing through Christ.

I’m not sure how “nice” that is, but it doesn’t matter. It’s loving. And I’d much rather be loving than nice.