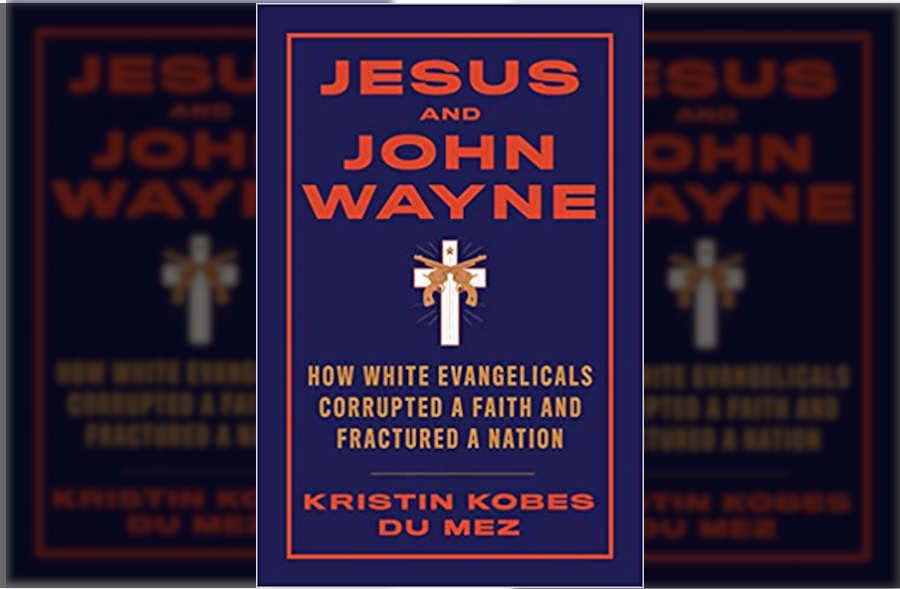 Christians give our critics way too much material to work with. They keep getting their critiques wrong anyway. Jesus and John Wayne by Kristin Kobes Du Mez, the current Amazon #1 best-seller in Protestantism, is another case in point. It’s a rambling critique of white evangelicals, who have “Corrupted a Faith and Fractured a Nation,” according to the book’s subtitle — as if we should get all the credit for that. The case she makes is, unfortunately, badly confused, poorly supported, and frequently misinformed.

I’d be the last to deny evangelicals have problems. My kids’ former youth pastor is in federal prison for sexual misconduct. Rachael Denhollander, who more than anyone else was responsible for Larry Nassar being brought to justice for abusing gymnasts, has studied the problem of sexual abuse in evangelical churches, and found it to be “rampant,” and “widespread.” Churches too often cover it up, explaining it inexcusably as “for the good of the ministry.”

I refuse to participate in such excuse-making. We do have problems, and we have since Paul wrote about it in his first letter to the Corinthians — not to mention a whole lot preceding it in the Old Testament. It’s called sin, and it happens in the Church. Through all my reading of church history, I’ve concluded there has to be a God, or we’d have blown ourselves to pieces by now. Still God works through us anyway, and the world is very definitely better off for His Church (though that’s a discussion for another day).

She Could Have Made it Worth Reading

So Du Mez could have taken an accurate view on evangelical issues, and written something worth reading. Maybe the sin explanation isn’t sexy enough for her. Or not sexist enough. Or not simplistic enough. Instead she wrote 300 pages of material perfect for anyone who’s already convinced and wants to say, “See! I told you so!” — people who already “knew” it, in other words.

It starts with questions about evangelicals and Donald Trump. We “embrace” Trump, she says, because of our “militant masculinity, an ideology that enshrines patriarchal authority and condones the callous display of power.” We’ve “replaced the Jesus of the Gospels with a vengeful warrior Christ.” That’s in contrast to a small group she mentions in the book’s introduction “holding handmade signs” at a pro-Trump rally “proclaiming ‘Love Your Neighbors’ and ‘Perfect Love Casts Out Fear.'”

It was just the first of her many over-simplifications, suggesting that Jesus only preached love. Not so. He wouldn’t have talked about loving our enemies if He hadn’t had His own, and if He hadn’t expected us to have ours. Some of them will persist as enemies until He conquers them in the end. This theme pervades the New Testament. This is who Jesus is; not some one-dimensional lovey-don’t-hurt-them type, but a Man Who loves people and Who loves truth and righteousness, too.

Too Buried In Progressive Ideology

How do we know this about Him, though? We say we get our values from Scripture, as Du Mez acknowledges, but she worries that “there are more than 31,000 verses in the Bible.” She wants to know how evangelicals know “which ones are considered essential guides to Christian practice, and which are readily ignored or explained away?” I can see why she might ask: Her view of Jesus shows that she herself is used to ignoring and explaining away. She should know that we’ve been working that question for centuries. If she asked us we could answer.

She thinks our beliefs are motivated mostly by a quest for power, which in turn is motivated largely by fear. She speaks the word “fear” 60 times in 300 pages, and “threat” another 65 times. “A militant evangelical masculinity went hand in hand with a culture of fear,” she writes, “but it wasn’t always apparent which came first.”

Such opinions would be easier to take seriously if she displayed any real knowledge of our source material, the Scriptures.

Take “servant leadership,” for example, the mode in which evangelicals typically teach men to express headship in the home. She says it “originated in the business world” in the 1970s and 1980s, she says, when “servant leadership helped redefine masculine authority in a way that didn’t conflict with men’s role in a service economy.” At home it “enabled men to maintain their authority at home even as they no longer maintained breadwinner status.” It looks like servanthood, but that’s a lie, she tells us. In reality it’s a maneuver, and quite a recent one at that, meant to maintain masculine authority in light of changing economic circumstances.

Yes, it’s likely the two words “servant” and “leader,” were first paired together in that way around 1970. The concept behind it, though? Maybe the original source is too obscure for her. His name is Jesus:

That’s just one of many times Jesus taught that attitude. The apostle Paul reiterated it especially for husbands. Maybe Du Mez never read those passages. She certainly displays no awareness of them. Remember how earlier she was telling us white evangelicals followed the wrong Jesus? How would she know?

Going for the Throat

Clearly ignorant of that, she goes for the throat. Promise Keepers’ teachings of servant leadership “helped salvage a patriarchal order,” she says. “By promising intimacy in exchange for power, servant leadership passed off authority as humility, ensuring that patriarchal authority would endure. … As far as critics were concerned, this was more insidious than a straightforward power grab.”

Apparently humility and servanthood can never be real; they can only be masks under which evangelical males exercise authoritarian power. How shall I best explain the problem with that? Maybe in one simple word: She’s wrong.

That same lack of credibility plagues her analysis (I’m using the word generously) throughout. She covers only one recent leader (Bill Gothard) whose questionable biblical teaching on male authority have had any real influence — influence that I as an evangelical have seen little sign of in the past twenty to thirty years. She devotes many pages to others such as Hammond, Indiana pastor Jack Hyles, whom I’ve always heard described as strange, fringe, or simply wrong.

Hyles, she says, “prefigured a style of militant masculinity that other evangelical pastors would perfect.” I wrote in the margin there, “Oh, good grief.” It was short for, “Really? How many? Which ones? Why have I never encountered any of them in all my decades of being associated with so many pastors and churches? How biased can she be?”

For 300 pages, she assumes what she intends to prove. She supports her assumptions with biblical misinformation. Her few real examples come with no context to show they represent the rest of white male evangelicalism. It’s a book for the already-convinced who want to say, “See! I told you so!” She could have written something interesting. She didn’t.