It’s Time for a Spiritual Revival 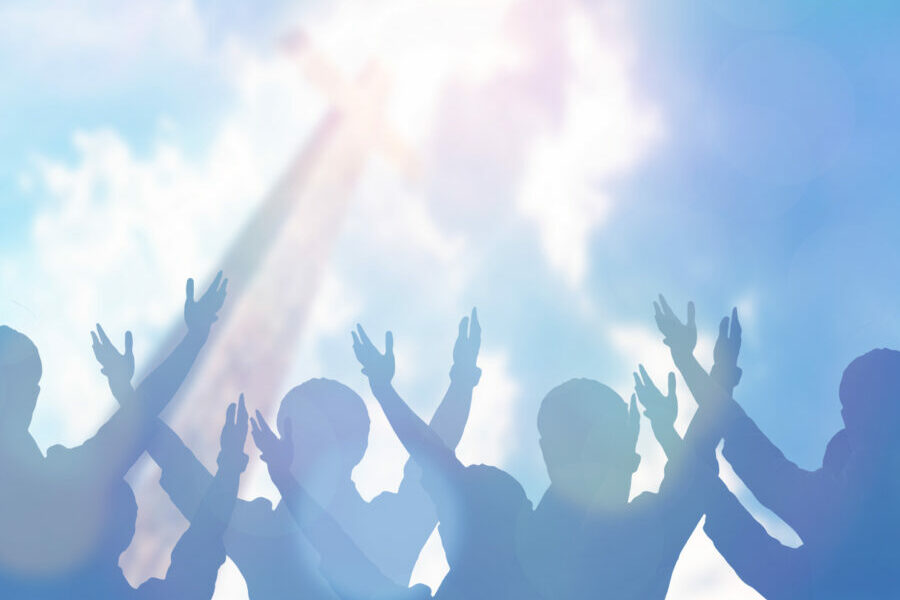 These past few years have been challenging, hard and, with the influx of the Omicron variant this Christmas season, seemingly never-ending. It’s been nearly two years since we began what was to have been a two-week pause to stop COVID-19. Since then, we’ve endured lockdowns, masking, sickness, death, fear, overwork, underwork, government stimulus, vaccine creation, the fast-tracking of new antiviral technology, work from home, school closures, supply-chain snafus, tight political elections, protests and rapidly changing guidance from the Centers for Disease Control and Prevention, just to name a few items. The list is ever-exhausting.

The one thing that is certain is that life’s twists and turns can’t always be predicted, and its pace is fast and getting faster. This is not going to change. This week, Gallup poll’s annual update contained key findings. I am going to highlight a few and use them to think broadly about what might happen, not in the near term but over time.

“The percentage of Americans who reported being a member of a church, synagogue, or mosque fell to a record-low 47 percent, according to a March 2021 Gallup report,” the update said (polls conducted 2018-2020, 6,117 adults, +/- 2 points). This is the “first time in Gallup’s trend since the 1930s that less than half of U.S. adults have claimed such membership.” While fewer than half of Americans said they are religious, more than half said they believe in the power of God. They are just not sure that that power comes through a religious institution created by humans.

Trust in the Government

As reported in September by Gallup, “Trust in the federal government’s handling of international problems has fallen nine percentage points since last year to a record-low 39%, and now matches the level of trust for its handling of domestic problems — one of only a few times that has occurred” (Sept. 1-17, 1,005 people, confidence level +/- 4 points). Trust in institutions has been falling for a while, but this precipitous drop seems unlikely to return to over 50% anytime soon. Most of us truly believe that our government is not only fallible but incompetent.

Gallup reported in October that “the vast majority of Republicans (75 percent) identify as conservative; Democrats are divided, with nearly as many describing their political views as moderate (37 percent) or conservative (12 percent) as describing them as liberal (51 percent)” (Sept. 1-17, 1,005 adults, +/- 4 points). Republicans may be tighter ideologically but they have managed to continually put politics over policy and ego over generosity. In doing so, they have become as mean-spirited as the Democrats in their messaging. A sure loss for Republicans.

Gallup also reported in October that a little over a third (36%) of people “in U.S. have a ‘great deal’ or ‘fair amount’ of trust in mass media” (Sept. 1-17, 1,005 adults, +/- 4 points). “This includes 68% of Democrats, 31% of Independents and 11% of Republicans.” While Democrats might still overwhelmingly trust mass media, this percentage will likely fall as the fallout over the political, pandemic and personal biases in reporting become more and more evident over time.

We are mistrusting, disbelieving and disheartened. We have been told by both political parties that the other is evil, and that our party is right. Many of us have succumbed to cynicism and disillusionment.

What have we learned? That when we expect the worst of others, that is often what we get. We all have grievances; we all have suffered losses; we all have experienced heartaches. If we try to pit our grievances against others, we will find ourselves in a losing battle. If we instead look for the better angels — both within ourselves and, more importantly, within others — possibly, just possibly, we will be able to see the light of God that shines in all of us and encourage it to shine even brighter, leading the next person to allow their light to shine as well.

In 2022, let’s look forward to a spiritual revival. One in which the goal is to help our neighbor, not by helping him realize how terrible he is as a person but by helping him realize what potential he has. That everyone has value; that everyone has a calling; and that our job on this earth is to help others see the light in themselves, as well as our light in ourselves. That is something to look forward to in the new year.

To find out more about Jackie Gingrich Cushman and read features by other Creators Syndicate writers and cartoonists, visit www.creators.com.