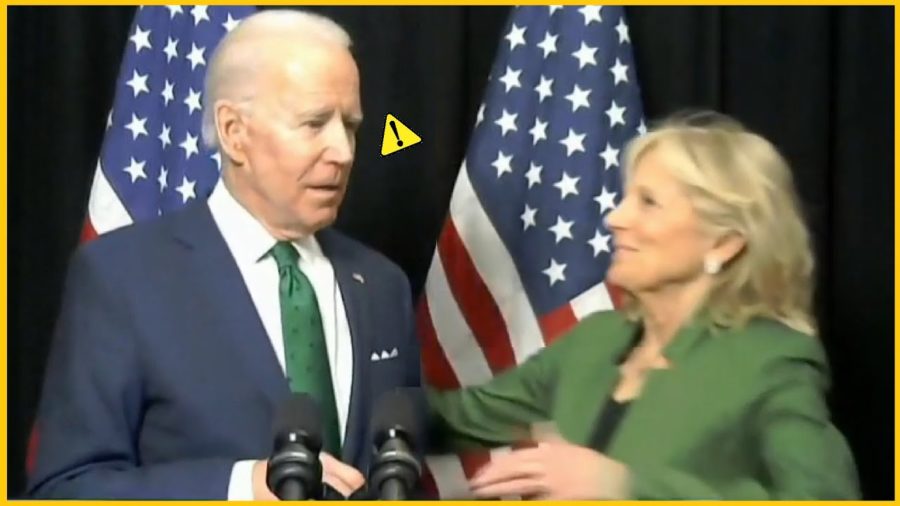 So it’s (quasi) official. Joe Biden, or what’s left of him, is the Democratic Nominee for President of the United States in 2020. Last week, socialist Bernie Sanders finally caved to pressure from the DNC and waved the white flag. Or was it the Hammer-and-Sickle?

And on Tuesday, finally, Barack Obama endorsed his vice president. Obama didn’t stay on the sidelines during the primary. He wasn’t even anywhere near the stadium. Obama had refused to endorse Biden. He had his people leak that he had discouraged Biden from running. He was social distancing from Biden before social distancing was cool.

As President Trump remarked the other day, “He knows something that you don’t know.”

Nonetheless, Barack Obama has pinched his nose and climbed aboard the creaky Joe train. (Or at least he says he’s bought a ticket.)

But is it too late?

In addition to his endless bouts of mental confusion, Joe Biden has been a whirl of political confusion as well. “Barack” is the one name he has always remembered, constantly reminding voters he was Obama’s #2. Yet more and more as the campaign wore on, Biden embraced the radical agenda of today’s Democratic party. When Joe spoke, AOC’s words came out.

Biden was long considered a moderate. In fact, he began his campaign as “The Moderate.” Gov. Andrew Cuomo didn’t get in the race because he ceded the moderate candidate lane to Uncle Joe. And yet, Biden’s moved so close to Bernie they could start in a reboot of Grumpy Old Men. Or at least that’s the case the Trump Campaign is already making. Check out the video:

With Bernie suspending his campaign, it’s clear that the Dem establishment got the candidate they wanted in Sleepy Joe.

But Biden & Sanders agree on all the big issues.

They are both the same. pic.twitter.com/tMFahze6D6

Even though Biden’s telling Sanders he needs his support and will need his help to govern, Joe will try to move back to toward the center. And having Obama endorse him is one way he’ll try. But he’s got three problems:

1) Massive amounts of video out there of him taking stances only socialists and American enemies could love.

2) If he flip flops again, he’s branded a flip-flip-flopper.

It brings me no glee to say. In fact, it makes me angry. But we can’t avoid the fact, Joe Biden is in mental decline. His every interview, every appearance, indicates a man easily confused, easily lost, repeatedly lost in time and fact. Diagram his sentences and you have an Escher painting. Listen to him, and he’s as garbled and illogical as an early REM record. Watch him, and ask, “Is this someone you trust behind the wheel of a car?”

Joe Biden is a man drowning and rather than throw him a life-raft to safety and a blissful sunset, his family and staff and party and media are climbing on his back to paddle their way back into power. It’s disgusting.

Biden’s clear deterioration isn’t the only fire alarm being muffled.

Ever hear of Tara Reade? Little wonder. The media has buried her story deeper than Jimmy Hoffa. Tara Reade is a former Biden staffer who insists then-Senator Biden cornered her in a stairwell and felt her up. Now, we want to grant Biden what Democrats and the media refused to grant Brett Kavanaugh: That is, a presumption of innocence. But Reade’s got a story to tell. She’s credible. Unlike Christine Blasey Ford, it’s actually proved that she met the man she’s accusing. Unlike Ford, she’s got no vested interest and no political agenda. Unlike Ford, she told people at the time. And unlike Kavanaugh, Biden’s got a history of questionable, offensive behavior toward women.

Also unlike Ford, Reade endured, as National Review noted “a veritable mainstream media blackout for more than two weeks. Newspapers didn’t acknowledge the accusation. TV networks didn’t ask him about it in interviews.” The Secret Service couldn’t protect Biden the way the party and their media partners protect Biden.

Which gets to what happened this weekend. The New York Times did finally decided to a “deep dive” on Reade’s allegations. This was their original conclusion:

“No other allegation about sexual assault surfaced in the course of reporting, nor did any former Biden staff members corroborate any details of Ms. Reade’s allegation,” the report read. “The Times found no pattern of sexual misconduct by Mr. Biden, beyond the hugs, kisses and touching that women previously said made them uncomfortable.”

So nothing to see, folks, … once you discount decades of touchy-feely and hair-sniffing.

Except then Joe Biden’s campaign called. And The New York Times, the once-venerable Grey Lady, caved. They eliminated the sentence “beyond the hugs, kisses and touching that women previously said made them uncomfortable.” Is this because it wasn’t true? No, it decidedly is true.

They ran away from their own reporting, like it was a stranger on a bus coughing up a virus storm. Because of politics. “Me, Too”…but not for you.

Will this strategy of using and protecting Joe Biden work? No. Bending over backwards to protect a horribly flawed candidate is not going to work against President Trump. Ask Hillary Clinton. Remember, in 2016 it wasn’t just the media and DNC helping and protecting Hillary Clinton, it was the FBI and Department of Justice as well. And as we just learned, Russia too. And Trump beat her. (Them.) Soundly.

Hillary Clinton had massive seizures and it was passed off as a touch of pneumonia. She was under criminal investigation and Obama’s Attorney General insisted it be called an “inquiry.” She exposed the nation’s most vital secrets to our enemies and Obama said, “Eh, there are national secrets and then there are national secrets.” She’d left four Americans to die in the Libyan hellhole her policies created, lied to Congress about knowing about weapons transfers to al-Qaeda linked Islamists, and the media spent more time reporting on her pantsuits. Or gushing like schoolchildren about her becoming the first female president. Still, Trump beat her. Soundly.

And Biden is no Hillary Clinton. Hillary’s a tough hombre with ruthless ambition. Biden acts like he’d much rather be playing horseshoes in The Villages. He’s got the mental issue, he’s got the health issue, he’s got the sexual harassment and assault issue, he’s got the Green New Deal, he’s got abortion on demand, he’s got open borders, he’s got American voters paying for the health insurance of illegal immigrants. Oh, and there’s that little matter of blackmailing Ukraine to fire the prosecutor investigating his son’s company or else they can kiss a billion sweet bucks goodbye.

Then there’s China. Son Hunter Biden walked away with a billion in Chinese investment dollars after a visit with pops to Beijing. Last year, Joe Biden denied they were a threat. When Trump shut off travel from China at the outset of the pandemic, Biden called him xenophobic.

Biden can only be protected for so long. He can only hide behind friendly media, and super-brief online appearances so much. Trump’s waiting for him. And after what Trump has been put through for three years, after being told he was an illegitimate president who didn’t “really” win in 2016, Trump’s got both fists clenched and steam coming out his ears. (Maybe that’s why democrats really don’t want to ring the bell, opening the country.)

Joe Biden may finally have Obama (somewhat) in his corner, but he’s going to have to stand in the ring against a very pumped heavyweight champ. And he’s standing on very wobbly legs.

He may not earn your vote. But he needs your prayers.