Why Israel Has a Right-Wing Government 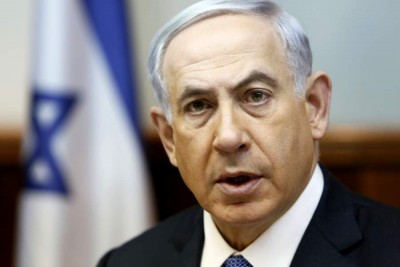 I left Israel last week just before Prime Minister Benjamin Netanyahu announced a new coalition with the Bayit Yehudi (“Jewish Home”) and religious parties, with the slimmest of parliamentary margins. The response from the punditeska was as predictable as the emergence of a gumball after one introduces a quarter and turns the knob: Netanyahu and the ogres from the settlements are the supposed obstacle to peace. Inside Israel, the matter looks otherwise. I don’t meddle in Israeli politics, but the reason Israelis support a tough government should be obvious to the casual observer.

Writing in the May 7 Financial Times, former Obama Middle East aide Philip Gordon warns Netanyahu against “expanding settlements, punishing the Palestinian Authority for its quest for international recognition, [and] insisting on an indefinite presence of Israeli forces on the West Bank and intervening militarily in Gaza. The risk is that this could ultimately lead to the collapse of the PA, Israeli reoccupation of West Bank cities and expanded global efforts to isolate Israel.”

It is inconvenient for diplomats to say so, but the Palestinian Authority collapsed quite some time ago. President Mahmoud Abbas’ term in office began in 2005 and ended six years ago, and he has not called new elections for the simple reason that Hamas – the Palestine branch of the Egypt-based Muslim Brotherhood – would win those elections. Hamas won the 2006 local elections on the West Bank, the last vote to be held in the territories. Elections today would go even more decisively to Hamas. The Economist reported last September, “According to a poll released on September 2nd, support for Hamas in the West Bank has doubled from 23% to 46% since March of this year while Fatah’s has fallen from 45% to 27%.”  Although Abbas has prevented votes for political office, Hamas crushed Abbas’ Fatah organization in student council elections on the West Bank in April. This is true despite the fact, as The Economist observes, that “The PA remains Palestine’s main source of funds, with 177,000 employees supporting up to 1.5m of Palestine’s 4m people.”

Hamas fired over 4,000 rockets at Israel during 2014, prompting Israeli counterstrikes during the summer. I was in Israel when the rocket fire began and spent a fair amount of my day scurrying into bomb shelters. Hamas has admitted that it fired rockets from civilian areas. This to my knowledge is the only instance in world history in which a combatant has tried to maximize civilian deaths on its own side, in order to win international sympathy. To a great extent it succeeded; Hamas appropriated vast amounts of construction materials and other aid sent to Gaza in order to build border tunnels with the objective of striking at Israeli civilians. Hamas has never wavered from its declared intention to eliminate the State of Israel, or its efforts to inflict the maximum possible injury to the Israeli population. Former US President Jimmy Carter may believe that Hamas is “committed to the peace process,” but that conclusion demands utter disregard for the facts and a delusional degree of wishful thinking.

Not only Israel, but Egypt labels Hamas a terrorist organization. The line of division lies not between Jews and Arabs, but between responsible governments in the region on one hand, and extremists seeking to ride the wave of radicalization that has swept the Middle East from Iraq to Gaza. Iran has send tens of millions of dollars to Hamas to rebuild the war tunnels poised against Israel’s southern border. The Sunni Arab states have rejected Hamas along with Egypt, leaving Iran as the organization’s last state sponsor. Iran meanwhile is reinforcing Hezbollah with missiles as well as missile production capacity, opening a second front on Israel’s northern border. Hezbollah has well over 100,000 missiles, including many with accurate guidance systems and the range to strike anywhere in Israel. What prevents Hezbollah from using them is not just the fear of an Israeli response, but the even greater fear that an Israeli counterstrike would weaken the Iranian-controlled Shi’ite militia, leaving it and its home population in the South of Lebanon to the mercy of ISIS and al-Qaeda elements in Syria and Lebanon.

In 2011 I compared Israel to the Dutch Republic during the Thirty Years War of 1618-1648, when the mutual slaughter of the French and Imperial forces (sometimes mistaken for a Catholic-Protestant War) left Holland secure in its superior military technology and free to excel in science, art and commerce. But in the age of the guided missile security is always relative.

From Israel’s standpoint, the Palestinian Authority was offered 95% of Judea and Samaria in return for a final peace agreement, and both times (at Camp David in 1999 under Ehud Barak and in 2008 under Ehud Olmert), the offer was rejected. The Palestinian side cannot abandon its recidivist demand for the full return of “refugees” from the 1948 war. About 700,000 Arabs left the Jewish section of Palestine in 1947-1948 and about 700,000 Jews were expelled from Arab countries, settling overwhelmingly in Israel, in one of many population exchanges following World War II. Mahmoud Abbas could accept this offer no more than could his predecessor, the late Yassir Arafat, because the rejectionist wing has always dominated Palestinian politics. Israel can’t allow Hamas to control the West Bank up to the 1957 borders; from the Judean Hills above Tel Aviv, shoulder-fired rockets could bring down planes at the national airport.

Peace negotiations are meaningless when one side refuses to accept the other side’s existence, and refuses to give up future claims once a settlement is reached. The Palestinian Authority never negotiated seriously. France (and from time to time the Obama administration) propose to force the creation of a Palestinian State on the West Bank through the U.N. Security Council. From the Israeli vantage point, this is a revolting act of hypocrisy. The peace negotiations collapsed because Mahmoud Abbas is a figurehead held up by the Israeli Army and international aid, who cannot make peace with Israel because Hamas is more powerful than he. The U.N. Security council will then punish Israel for the failure of negotiations that were illegitimate to begin with, and establish a Hamas-controlled state within nine miles of the Mediterranean coast. Iran has already promised to arm West Bank Arabs, just as it has armed Hezbollah and Hamas. Iran’s leaders reiterate that “destroying Israel is non-negotiable,” as Iran’s miltia chief said March 31.

Disgusting acts of hypocrisy of this sort are sadly common in the historical record. China might recall the League of Nations’ refusal to condemn Japan’s invasion of Manchuria in 1931, for example. It should be no surprise that Israelis elected a government with a clear mandate to reject such hypocrisy on the part of the international community.

Reprinted with permission from The Asia Times.