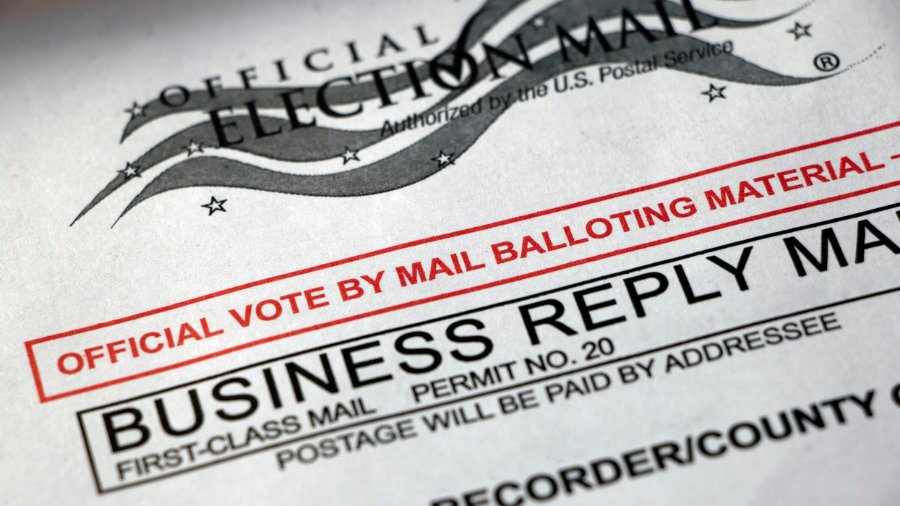 As might be expected during the undecided presidential contest between Donald Trump and Joe Biden, pundits and typical voters alike are voicing more concerns about voter fraud and unfair election practices.

Already numerous internet rumors have been proven wrong or lack evidence. That doesn’t mean every assertion will prove to be without merit, however.

Conversely, some legitimate questions about ballot counting have enough evidence behind them to support litigation. That doesn’t mean such questions won’t ultimately have satisfactory answers.

Here’s a sampling — based on what currently is known — of seven claims in the postelection chaos.

One popular claim circulating on social media and at least one viral email goes like this: “Wisconsin magically now has more votes than registered voters.”

“Wisconsin has same-day voter registration, so you are obviously always going to have more voters than registered voters,” Adams told The Daily Signal.

Adams noted that by Thursday afternoon, he had gotten at least 20 emails calling for investigations into bogus rumors floating on the internet.

FactCheck.org determined that the number of registered voters as of Nov. 1 actually exceeded the actual voters Nov. 3 by 388,000.

2. No Sharpies in Arizona?

An example of a legitimate problem is in Maricopa County, Arizona, Adams said, where 11 voters are suing the county for not “curing” their vote, meaning not providing a new ballot when a ballot is somehow spoiled.

The lead client in the case, Laurie Aguilera, represented by the Public Interest Legal Foundation, is asking a court to vindicate her voting rights. Aguilera is joined by 10 unnamed plaintiffs, dubbed “Does I-X.”

The lawsuit asks the court to order that election officials identify and correct all ballots that were denied because poll workers had required voters to use Sharpie markers in filling out ballots.

Aguilera was issued a Sharpie to mark up her ballot on Election Day, according to the lawsuit. That’s despite established state guidance that felt-tip writing utensils not be used.

Aguilera said she became alarmed when she noticed ink bleeding to the other side of her ballot, according to the lawsuit. Election officials instructed her to feed her ballot through the counting machine.

When the machine failed to accept her ballot, the attending poll worker cancelled the ballot and Aguilera’s request for a replacement ballot was denied, according to the lawsuit.

“These voters were denied the right to vote. Arizona election officials allegedly were part of the problem, and denial of the right to vote should not occur because of failures in the process of casting a ballot,” Adams said in a public statement.

The suit asks that ballots denied because of the supplied Sharpies be identified and allowed to be cured; that voters who were given felt-tip markers be given the chance to be present to observe the handling and adjudication of their ballots; and that the court order their votes to be tabulated.

Maricopa County officials pushed back, saying that Sharpies in fact may be used, referring to an Election Day video that said ink could not bleed through ballots.

Did you know we use Sharpies in the Vote Centers so the ink doesn’t smudge as ballots are counted onsite? New offset columns on the ballots means bleed through won’t impact your vote! Find a location before the polls close at 7 p.m. today at https://t.co/8YEmXbWyRL. pic.twitter.com/KKG2O8rQhf

Another claim about Wisconsin is that someone discovered more than 112,000 ballots marked for Biden between 3:30 and 4:30 a.m. Wednesday morning.

The left-leaning PolitiFact identified a Facebook post as being the source of this rumor, which the social media site flagged.

PolitiFact called this claim “false,” quoting Reid Magney, a spokesman for the Wisconsin Elections Commission, as stating, “Absolutely no ballots were ‘found.’”

Magney added: “All of the election results that were reported in the early morning hours of Wednesday were valid ballots that were received by 8 p.m. on Election Day according to the law.”

Aside from social media and a blog post, no major Republican or conservative figures have made a case for this claim.

A lawsuit filed Wednesday in Detroit asserts that Democratic observers are reviewing thousands of spoiled ballots without a Republican observer present, as required by law.

About 100 counting groups operating in Wayne County determined that ballots rejected by voting machines had to be reviewed.

State law allows a Democrat and Republican election observer to review each ineligible ballot and make a mutual determination of the voter’s intent. However, several witnesses allege that only Democratic observers were correcting such ballots in violation of state law, the lawsuit says.

“The law in Michigan requires Republican and Democrat observers,” Phill Kline, a former Kansas attorney general who now directs the Amistad Project and represents the plaintiffs in the case, told The Daily Signal.

Kline said every ballot could be perfectly legitimate, but the public needs to have confidence in the process and so far, Wayne County has not been transparent.

“The lawsuit is only asking to open the record to the public. We need to know how the votes are being counted,” Kline said. “We know they are violating state law. That makes fraud easier.”

The suit calls for officials to quarantine the ballots until representatives of both parties have evaluated them.

Biden supporters assert that the charge of no Republican observers is “unfounded.”

Another claim stated that Michigan at one point gained 138,339 ballots, all marked for Biden and none for Trump.

This didn’t require hostile fact-checking. The person who first made the assertion admits it is false.

But Mackowiak deleted the tweet and posted another tweet saying: “I have now learned the MI update referenced was a typo in one county.”

This tweet was taken and share honestly. I have now learned the MI update referenced was a typo in one county.

It’s nearly impossible for such a thing to happen anywhere, said Hans von Spakovsky, manager of the Election Law Reform Initiative at The Heritage Foundation.

“There are a lot of stories and rumors that turn out not to be true,” von Spakovsky told The Daily Signal. “If it was true that tens of thousands of votes appeared and every single one was for one candidate, that would of course raise grave suspicions, particularly this year when even black and Hispanic voters supported Trump in surprisingly high numbers.

In 2016, Trump won 62% of the vote in Antrim County, Michigan, in his race against Democrat Hillary Clinton. Yet, when the county tabulated votes this week, Biden reportedly beat Trump by 3,000 votes.

Republicans at the local and national level, including American Conservative Union President Matt Schlapp, flagged this development as unusual.

Have Republican votes mysteriously disappeared in Antrim County Michigan and it has become a strong Biden territory? Odd that @GovWhitmer owns property in the county – coincidence? #StopTheSteal https://t.co/etfrhdyLRW

The questions got results when the Antrim County Clerk’s Office announced it would count the ballots manually. The county has about 24,000 residents.

“There is no way that we flipped from 62% Trump in 2016 to upside-down this time around,” said state Rep. Triston Cole, a Republican, according to Interlochen Public Radio.

The Public Interest Legal Foundation also filed a lawsuit against the state of Pennsylvania for failing to maintain and update voter rolls after finding 21,000 apparently deceased voters still on the rolls.

That does not mean anyone was falsely voting under the names. However, critics have said unclean voter rolls present the opportunity for fraud.

The lawsuit in Pennsylvania states:

Pennsylvania still left the names of more than 21,000 dead individuals on the voter rolls less than a month before one of the most consequential general elections for federal officeholders in many years.

Why It’s Logical, Christian, and Charitable to Suspect the Election Was Stolen