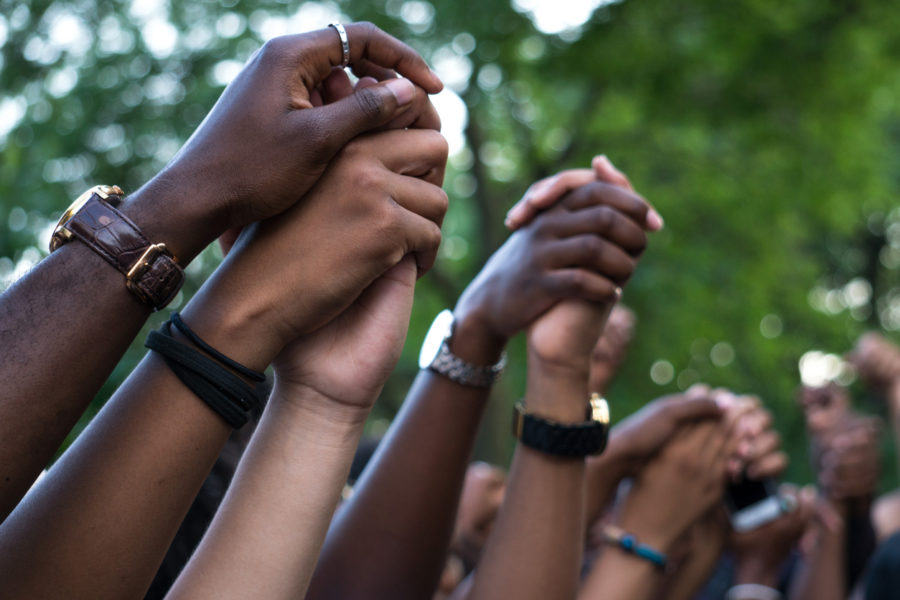 Our cities are on fire. Our citizens are under attack. Houses of worship are being raided. And the livelihoods of inner-city Blacks are being destroyed. Even statues of escaped slave Frederick Douglass and abolitionist Hans Christian Heg are torn down. At the root of this disruption is Black Lives Matter.

Cities, corporations and even churches and Christians have jumped on the BLM bandwagon. With the “Silence is Violence” campaign, many have felt compelled to give BLM lip service. They do it under the mistaken impression that if they don’t, it signals that they are racists. In fact, the very act of claiming you are not a racist is now a sign of “White Fragility.” It’s proof that you are indeed a racist. Worse, now churches are being attacked by groups like “The Coalition for Racial Justice” demanding the churches bring in leftist, progressive speakers to teach Critical Theory from the pulpit.

Yet, any Christian reading BLM’s principles and listening to BLM’s founders should realize that BLM’s goals and purposes are ungodly.

BLM is against God’s standards of sexuality, of family, of personal property, of fatherhood. These values in themselves could reverse much of the poverty, crime and high murder rates in the inner city.

BLM is against God’s standard of equality. They strive to put a wedge between the different ethnicities, trying to pit one group of people against another. They seek to elevate African Americans over others. This can only result in resentment and the recruiting of weaker Americans into white extremist groups as a gut level reaction to BLM. They blame people for sins of the past, based only on skin color. This will set “race” relationships back decades. We can expect it surely tocreate counter-movements.

BLM is against God, as they proclaim their atheistic Marxist roots and declare their witchcraft practices.

BLM ignores the two major causes of death in the Black communities: gang violence and abortion.

And finally, BLM’s call for “reproductive justice” is against God’s standard for life. Thirty-six percent of all African Americans have been killed in the womb. It is the greatest genocide of African Americans. That they would call it any sort of justice should concern all Christians, or indeed any person of conscience, regardless of color.

Is There Any Choice?

It seems there is no choice but to accept BLM’s agenda. Corporations fearing attack or boycotting are also compelled to jump on board, even though BLM founders’ Marxist stance means donating to BLM is tantamount to funding an attack on corporations’ very existence. There is no free market in Marxism. Appeasement only means the crocodile eats you last.

For years, seemingly, has been little choice but to go along with BLM. Finally, though, the Frederick Douglass Foundation has teamed up with other leaders to create a biblical alternative. It’s called Every Black Life Matters. EBLM is for black lives. But it’s not in favor of Marxism, of breaking up the family, or of atheism. Most of all, EBLM is against abortion.

EBLM’s goal is to educate cities, corporations, churches and Christians on the real reason why African American communities are economically behind, then deliver solutions.

We will work with legislators to:

But Why Only Black Lives?

All lives matter, but the beauty of co-opting part of BLM’s phrase, is that as a non-racist, you can go one step further. Now rather than saying “All Lives Matter,” over which they will cry foul, you can say “EVERY Black Life matters.” We’ve just upped the ante.

Every Black Life Matters to me. Why should it not matter to you?

Neil Mammen is an engineer during the day and teaches the historic and scientific defense of the truth of Christianity at night. His ministry is called No Blind Faith. He is an ordained evangelical pastor, and the author of multiple books including Jesus Is Involved In Politics! Why Aren’t You? Why Isn’t Your Church? and Who is Agent X? on how to prove God exists without using the Bible.