Is the Taliban Now the Most Well-Equipped Islamic Militancy on Earth? 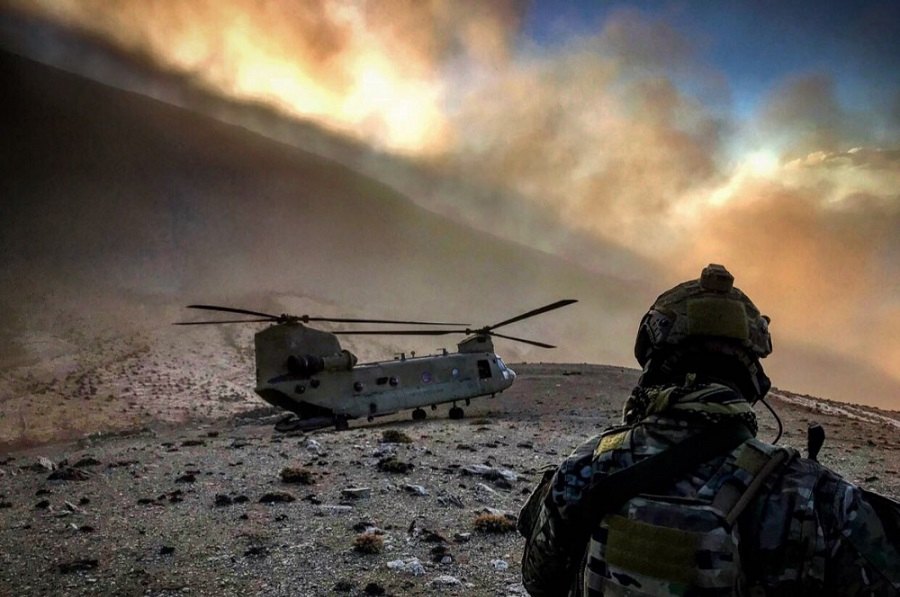 When the Taliban assumed control of Afghanistan last month, the group took possession of a U.S.-funded weapons stockpile worth tens of billions of dollars.

The U.S. invested nearly $83 billion in bolstering the Afghan National Defense and Security Forces (ANDSF), more than $24 billion of which went to funding weapons, vehicles and other equipment, according to a Special Inspector General for Afghanistan Reconstruction (SIGAR) report published in July. The amount of funding for weapons, vehicles and equipment is based on a 2017 Government Accountability Office (GAO) estimate that roughly 70% of the investment went towards other budget items like training.

In the aftermath of the shocking collapse of the Western-backed Afghan government last month, U.S. defense officials estimated that Taliban militants took dozens of aircraft including Blackhawk helicopters and thousands of vehicles, communications equipment and weapons. Republican lawmakers demanded the Biden administration provide them with a full accounting of the equipment that was in the Taliban’s possession while GOP members of the House Armed Services Committee introduced a bill requiring the White House to share the information with Congress.

“No one has any accounting of exactly what survived the last weeks of the collapse and fell into Taliban hands, and even before the collapse, SIGAR had publicly reported no accounting was possible in many districts,” Center for Strategic and International Studies analyst Anthony Cordesman told The Washington Post.

“In rough terms, however, if the ANDSF could not sustain it without foreign contractors, the Taliban will have very serious problems in operating it,” he continued. “That covers most aircraft and many electronics and heavier weapons.”

Overall, the U.S. gave more than 599,690 arms including rifles, pistols, machine guns and rocket-propelled weapons, more than 16,191 pieces of surveillance equipment including night-vision goggles and radio monitoring systems, and more than 208 aircraft including helicopters, cargo airplanes, fighter jets and surveillance drones to the ANDSF since 2004, according to the GAO. The July SIGAR report estimated that 80% of the aircraft given to the ANDSF was usable.

President Joe Biden said in July that the Afghanistan army would be able to withstand Taliban offensives since the U.S. had provided it with “all the tools, training, and equipment of any modern military.”

Some experts have also argued that the billions of dollars used to train Afghan soldiers may indirectly be used by the Taliban, according to The Los Angeles Times. Some Taliban fighters seen in recent videos posted online were likely trained by the U.S. military based on their behavior.

Taliban Compared to Other Islamic Militancies

In 2018, Lebanon-based Islamic terrorist group Hizballah had an estimated income of $1.1 billion, making it the richest terror organization in the world, according to a Forbes estimate. The Taliban was second on the list, earning an estimated $800 million per year.

Comparatively, the U.S. gave the former Afghan government anywhere between $3 billion and $11 billion every year since 2010, SIGAR said. The U.S. provided an average of $5.4 billion per year to Afghanistan since 2010.

While the U.S.-funded weapons and equipment won’t put the Taliban-governed Afghanistan among the most funded governments in the world, it does give the nation access to a weapons stockpile that could rival that of many fellow Middle Eastern nations. For example, Bahrain, Lebanon, Jordan and Egypt have annual military budgets of $1.4 billion, $1.9 billion, $2.1 billion and $4.5 billion, according to data compiled by the Stockholm International Peace Research Institute (SIPRI).

Iran’s military, the largest Islamic militancy in the world, had a budget of $15.8 billion last year, the SIPRI data showed.

But the Taliban is also expected to sell U.S. weaponry it obtained via Middle Eastern smuggling networks, The Wall Street Journal reported. The equipment, therefore, can find its way to other terrorist groups and U.S. enemies.

“These newly seized weapons can follow existing routes to flow throughout Afghanistan and beyond its borders,” Security Assistance Monitor director Lauren Woods told the WSJ. “Our weapons monitoring and inventory processes are insufficient to prevent them from being diverted and misused.”

Republican Rep. Mike Waltz said the Taliban will probably keep most of the weapons, however, because that type of stockpile makes its military more powerful, according to the WSJ.

“Having a lot of stuff equals power,” Waltz told the WSJ. “I see them holding on to it and preparing for what’s to come.”

The Department of Defense didn’t immediately respond to a request for comment.