Is Obama Off the Hook? Or Is Barr Just Baiting It? 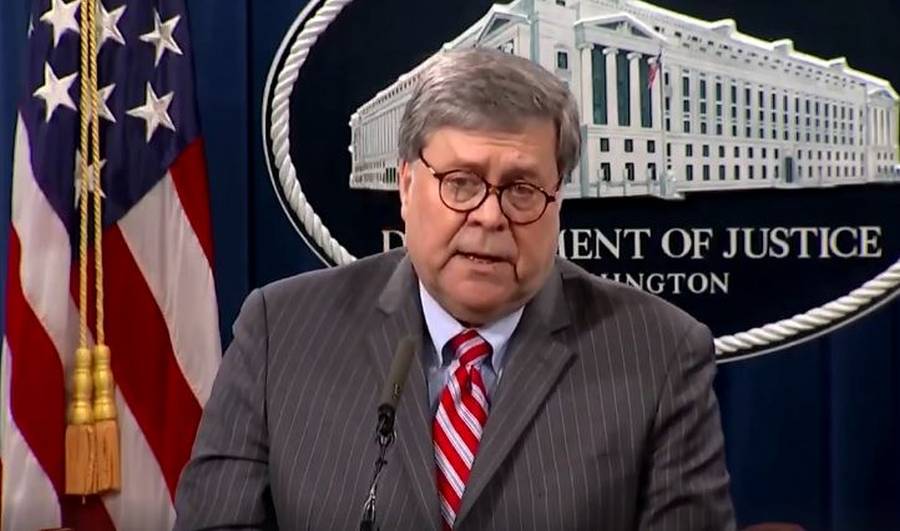 Mike Huckabee spoke for a lot of people when he expressed disappointment at Attorney General William Barr.  The AG said Monday he doesn’t foresee a criminal investigation into Barack Obama and Joe Biden. This after their role in the “Russia-Collusion” operation against Donald Trump became public.

Testimony being released puts Barack Obama right in the thick of operation, including the targeting of Lt. Gen. Michael Flynn. Obama knew about Flynn’s call with the Russian ambassador Sergey Kislyak. (That amazed  then-acting Attorney General Sally Yates.) Yet, according to documents released last week, nobody had unmasked that call.

Huckabee explained why that matters.

It means either that the CIA had been spying on Flynn, Obama’s most serious political nemesis, when he was in the Dominican Republic and somebody had briefed Obama on the call with Kislyak, or that Obama himself, as President, had ordered Flynn surveilled. IG Horowitz has testified that there was no FISA warrant on Flynn, so, really, what else is left?

Huckabee said Barr is worried about the appearance of political retribution if the DOJ targeted Obama and Biden.

Barr seems to want to safeguard the upcoming November elections from any consideration of this scandal, saying it’s “critical” that in 2020 the American people have a chance to vote based on “robust” policy debate — not criminal debate. And he said he wouldn’t use his office for a political “tit for tat.”

Hey, if we’re going to have a “robust policy debate,” how about debating the policy that apparently lets an outgoing President spy on the incoming one?

And note that one of the people Barr is talking about, the former Vice President, happens to be running against the very incumbent they were trying to sabotage.

The former Arkansas governor worries we really might have the two-tiered justice system Barr complained about. Certainly it will appear that way if Obama is exempt from criminal investigation. “The attorney general did say that ‘those who broke the law…will be held to account.’ But today, I wonder.”

Barr is a Cagey Fellow

I wonder if Gov. Huckabee need worry. William Barr is a cagey fellow. If there’s a whiff that Obama or Biden in the crosshairs? Then the entire Durham investigation will be loudly and immediately condemned as “partisan politics” and “payback.” This is especially in an election year, with Biden running. So to protect the Durham investigation, it makes sense to leave Obama and Biden out of the discussion. Especially since we’re less than six months away from the election. We’ve yet to see the first indictments fall.

However, here’s where I suspect Barr is being especially clever. Barr wasn’t talking to just the media Monday. Nor to just to us law-abiding Americans. His audience was also the likes of James Comey, John Brennan, James Clapper and the whole corrupt crew. Now, if you’re Brennan sitting on the set of MSNBC or Comey sitting on his high horse, what did you hear when Barr says he’s not looking at Obama? What is your first thought?

“They’re pinning this whole mess on me. I’m the fall guy. And the guy who I was doing this for, who was central to this, is going to walk?!”

Barr describes what happened with Crossfire Hurricane as “a grave injustice, unprecedented in American history.” Given some of the injustices this nation has seen, that is a damning statement. Ominous. Someone is going to pay for that injustice. Justice will be served. If you are one of the people involved, you are hearing the winds pick up and the dogs begin to howl. The sheriff’s at your porch and his gun is drawn.

Barr and Durham need someone to confess.

How much pressure are you now under to cut a deal? To point the finger at Obama? Sure, some will take a legal bullet for Obama. But others won’t.

Especially, when Obama, as is his habit, tries throwing them under the bus. “I told everyone to go ‘by the book.’ If they didn’t, that’s on them.”

Barr and Durham need someone to confess. Someone to spill the plot. Come out with their hands raised. Otherwise, the media will play its games and the American people won’t take Obama’s involvement seriously. (Obama already has a long history of people delinking him from scandals done in his name.)

I’m reminded of an HBO remake of the classic movie Seven Days in May, called The Enemy Within. In it, Col. Mac Casey gets wind of a pending military coup. Its leader? General Lloyd, the nation’s most respected general. Col. Casey ends up exposing and thwarting the coup — but not by being a whistleblower. He knew nobody would believe the famous, popular hero would try to overthrow the president. Instead, Col. Casey came forward declaring he was part of the plot. His reasoning? “Americans are funny,” I recall him saying, “They won’t believe somebody’s sworn testimony, but they’ll believe the confession of anybody.”

A Crack in Obama’s Teflon?

The testimony released in recent weeks is damning. The documentation of Obama’s involvement in the effort to sabotage first candidate, then President Trump grows by the day. (See Tuesday’s release of the fully declassified Susan Rice email to herself.) But most Americans will not believe the evidence against their famous, popular hero. But a confession? A guilty plea with details of the operation from one of the principal players? Yes.

Yeah, Barr is putting the squeeze on the Obama officials before they are interviewed by US Attorney John Durham. “Right now, it’s all on you, boys,” Barr is saying, standing on that porch, spitting into the dirt. “Unless you’ve got something else you want to tell me.”