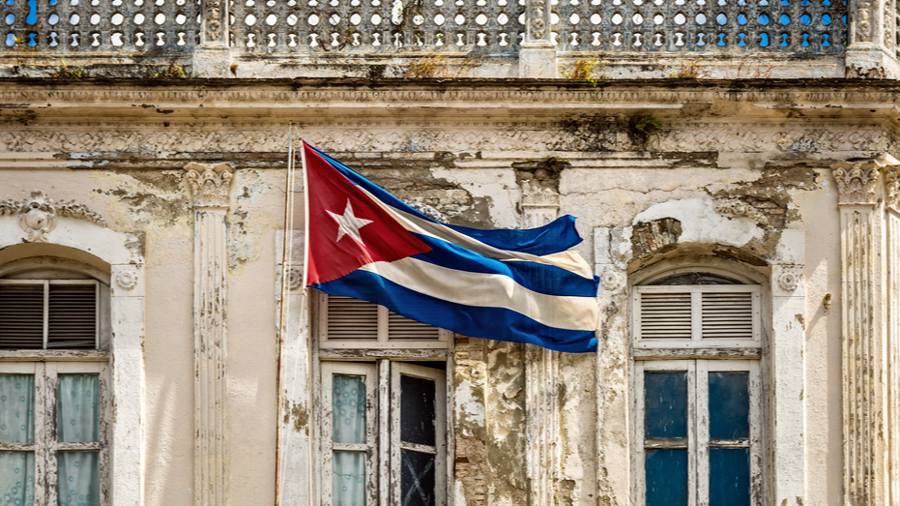 Canada is leaving the Western world.

In terms of all-encompassing government, suppression of dissent and the denial of fundamental human rights to many of its citizens, Canada is now more similar to Cuba than to any free country. Canada may eventually return to Western civilization, but as of this writing, the majority of Canadians appear to have no interest in it doing so. According to Maru Public Opinion, “two-thirds (66%) of Canadians support Prime Minister Justin Trudeau bringing in the Emergencies Act … A majority (56%) of Canadians do not support the truckers who are protesting in any way, shape, or form … This is a majority view held in every province/region across the country.”

I suspect that most Americans — and certainly most people outside of America or Canada — do not know precisely what Canada’s Marxist prime minister, Justin Trudeau, is doing to his country.

So, allow me to review.

Last week, for only the second time in Canadian history other than wartime — the first time was under Justin Trudeau’s father, Pierre Trudeau, the other Marxist to govern Canada — Justin Trudeau invoked the Emergencies Act. This statute enables a Canadian prime minister to suspend fundamental human rights and rule as a dictator.

The CBC described in detail how Trudeau is using the Emergencies Act to destroy the lives of Canadian dissidents. This should be read carefully. Such policies have never been enacted by a Western country against its own citizens (with the extremely rare exceptions of those actively engaged in terrorism):

Using powers granted under the Emergencies Act, the federal government has directed banks and other financial institutions to stop doing business with people associated with the anti-vaccine mandate convoy occupying the nation’s capital.

The order says that banks and other financial entities (like credit unions, co-ops, loan companies, trusts and cryptocurrency platforms) must stop “providing any financial or related services” to people associated with the protests — a move that will result in frozen accounts, stranded money and cancelled credit cards.

The Emergencies Act gives authorities the power to freeze the finances of those connected to blockades and protests, and the consequences could last long after the demonstrations end …

Mark Blumberg is a lawyer at Blumberg Segal LLP who specializes in non-profit and charity law. In an interview, he said that while the Emergencies Act gives banks time-limited powers, these institutions “may just decide to shut the person’s account down” because there could be “huge risks” for banks servicing these customers in the future. Banks will be working with law enforcement to decide who should be “de-banked.”

Former CSIS (Canadian Security Intelligence Service) senior strategic analyst Jessica Davis (said) “the people who are participating in the protest aren’t going to be able to do things like pay bills, pay their hotel bills. They will eventually run out of supplies as well.” …

With access to bank accounts and credit cards and other financial instruments suspended, protesters won’t be able to pay for things like hotel and fuel bills …

Over the longer term, Davis said, it may be hard for some of the truckers participating to ever find work again because they could lack the necessary insurance to operate a big rig. “Paying bills, paying rent and any kind of day-to-day financial transaction can be stopped for people who are part of the protest movement,” she said. There may also be some “unintended consequences” from frozen accounts, such as suspended alimony and child support payments, Davis said. “It’s going to be very difficult for them.”

Banks have been granted immunity against legal action in the event of disputes over whether someone should have been denied financial services. “No proceedings under the Emergencies Act and no civil proceedings lie against an entity for complying with this Order,” the regulations read.

Unnecessary Measures to Destroy the Lives of Dissenters

None of these life-ruining, due-process defying measures is necessary. The truckers’ demonstrations could have been ended by arresting drivers who would not move their trucks or just towing their trucks. The purpose of these regulations is to destroy dissenters and deter future dissent. In a word, it is to ruin the lives of those who disobey Justin Trudeau.

As one who has followed Canadian life over the decades — I have lectured in nine of Canada’s 10 provinces — the moral descent of Canada is depressing but not especially surprising. Since I was in college in the 1970s, I traveled abroad every year of my life except in 2020 — to some 130 countries. I not only took interest in the countries I visited but in the tourists who visited them. I recall well that when I was young, many young Canadians stitched a Canadian flag onto their backpacks. As almost no tourists from other nations did that, I asked Canadians why they did. Their reason was to identify themselves as Canadian rather than as American.

What Do Canadians Stand For? Not Much

I am not the first observer of Canadians to note that a major part of Canadian identity — especially among Canadian elites — is being a not-American. Many Canadians were and remain first and foremost not-Americans. Other than that, not much defines Canadians. And when a nation stands essentially for nothing, bad things eventually happen — because nothingness is eventually filled or replaced by bad.

On my radio show, I once asked the late Charles Krauthammer, one of the most insightful commentators of this era, what he saw as the greatest difference between his native Canada and his adopted country, the United States. Without hesitation, he said that in America the national motto is “Life, Liberty, and the Pursuit of Happiness,” and in Canada it is “Peace, Order, and Good Government.”

The first inspires a nation. The second doesn’t.

One Major Difference Between Canada and Cuba

Upon the death of Fidel Castro, Justin Trudeau gave the most positive assessment of the Cuban tyrant of any Western leader. It is worth quoting in full because it demonstrates Trudeau’s affection for communism and because Trudeau is transforming Canada into Cuba:

It is with deep sorrow that I learned today of the death of Cuba’s longest serving President. Fidel Castro was a larger than life leader who served his people for almost half a century. A legendary revolutionary and orator, Mr. Castro made significant improvements to the education and healthcare of his island nation.

While a controversial figure, both Mr. Castro’s supporters and detractors recognized his tremendous dedication and love for the Cuban people who had a deep and lasting affection for “el Comandante.”

I know my father was very proud to call him a friend and I had the opportunity to meet Fidel when my father passed away. It was also a real honor to meet his three sons and his brother, President Raul Castro, during my recent visit to Cuba.

On behalf of all Canadians, Sophie and I offer our deepest condolences to the family, friends and many, many supporters of Mr. Castro. We join the people of Cuba today in mourning the loss of this remarkable leader.

There does remain one major difference between Canada and Cuba. Few Cubans support their Marxist leaders, but most Canadians support theirs. They don’t know what they’re in for.

Note: On Wednesday, Justin Trudeau lifted the Emergencies Act order after it became clear an extension of his action wouldn’t pass Canada’s Senate.

Enough Already With the Swastika Comments