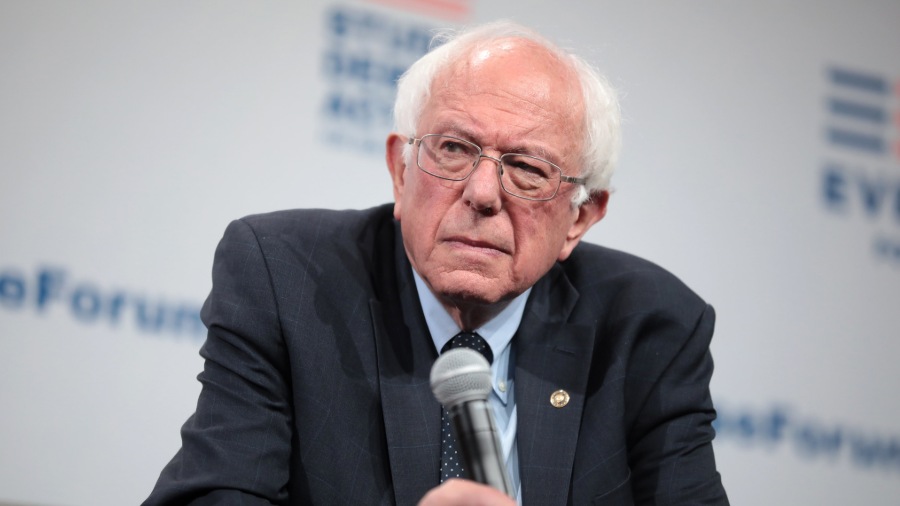 Socialist Bernie Sanders is taking the lead in the Democratic presidential primaries. He’s snatching the nomination from Joe Biden and his old-guard buddies. This change reveals an upheaval in the party that’s driven by young idealism in a world of entitlement. But can it beat Trump?

In 2016, during the Iowa caucuses, Sanders received more support among voters aged 17 through 29 than any other candidate. This year, that domination has continued despite an improved economy on the basis of capitalist principles. People are happier than they’ve been in years. Why, then, is the Democratic Party turning from its economically traditional roots to embrace socialism?

One of the main reasons is bad education. Many students are raised on Marxist Howard Zinn’s anti-American history and other similar works. Because of this we shouldn’t be surprised that they want an economy that fosters dependency rather than good old-fashioned hard work. We shouldn’t act shocked that most young people value entitlement over responsibility.

At the core of Marxist teaching is a wrong understanding of fairness and equality. America has always been different from other nations. It has focused on equality for all. This equality, however, is not a leveling of the playing field by a powerful government. It is equality before the law. This is the only kind of equality our founders promised. It is the only kind that can foster liberty.

But this not the kind of equality valued by young people today. It’s certainly not valued by the Democratic Party. The equality they treasure is equality of outcomes. This variety of equality means results should turn out the same, no matter how much hard work or talent is involved. We’ve raised a generation that makes the successful feel guilty. Rising to the top is coveted and eyed with suspicion. It’s seen as unfair if all groups aren’t equally represented.

We Want Equality Not Liberty

We’ve fostered an attitude that freedom is not as important as equality of outcomes. Getting the same amount of stuff is of greater value than liberty. Freedom is just too messy. It creates tension. It’s uncomfortable and causes anxiety. Much easier to demand equality in the name of social justice than to accept that everyone is different. It’s easier to rob from others rather than work to be the best you can be.

We’ve raised a generation that makes the successful feel guilty. Rising to the top is coveted and eyed with suspicion.

If Sanders wins the Democratic nomination, America will stand at a crossroads. On the one hand, we’ll have a socialist who rings the bells of equality under the guise of fairness. On the other, we’ll have a capitalist who challenges Americans to push through the inequities of life and succeed on our own merits.

Which will we choose? Alexis de Tocqueville saw this coming. In the 19th century, he said Americans have a taste for freedom. It’s natural. They seek it. And long for it. They love it. But they love equality of outcomes even more. “For equality they have an ardent, insatiable, eternal, invincible passion,” he said. “They want equality in freedom. If they cannot get it, they still want it in slavery.”

To love liberty you have to have a long view of life. That’s because loss of liberty is not so readily apparent. It slips away slowly and quietly. Equality, however, is in our faces. When someone has something we don’t have, we see it. We feel it. We know it. Social media has allowed up to peer into the lives of others as if they lived right across the street. The wealthy parade before us, reminding us of how little we have in comparison.

Sanders’ socialism eases that pain. Its promise of justice and equality of outcomes feeds bitter souls. It satisfies desires when the inequalities of liberty scrape against our soft exteriors. This is the ethos of the Democratic primaries and Sanders’ rise through the ranks.

I believe Trump will beat Sanders in a landslide because the economy is going so well. But this is little comfort. Affluence alone is a weak barricade against socialism. Principles, not prosperity, must secure our commitment to liberty. And I’m afraid those principles of freedom are missing from many Americans. Sanders’s support is proof of that. The lineup of the Democratic nominees is proof of that. They might not be as extreme as Sanders, but their message is equality of outcomes not liberty. They prefer slavery to freedom, and the Democratic base is applauding.

If America doesn’t want to go the way of socialism, it must return to a true respect for individuality. This means understanding that everyone is different. Our abilities are different. Our results will be different. We won’t all have the same things. In valuing individuality, we find true diversity.

We must also look beyond material wealth and see life as more than a gathering of stuff. We are spiritual creatures. Happiness is not measured by what we have but who we are. Liberty is essential to that. Freedom is so much more important than equality of outcomes because our very nature as image-bearers of God is to have free will. Without that, we can never be truly happy. And pursuing happiness is a promise from our forefathers. It’s a promise socialism takes from us in the name of justice.

Denise McAllister is a Christian apologist and theologian. She’s the author of What Men Want to Say to Women (But Can’t) and the co-author of New York Times bestseller Spygate: The Attempted Sabotage of Donald J. Trump.