The Invisible Army That Occupies America

A 10-million-strong army has invaded America — and it's weighing the country down with its social and moral crises. 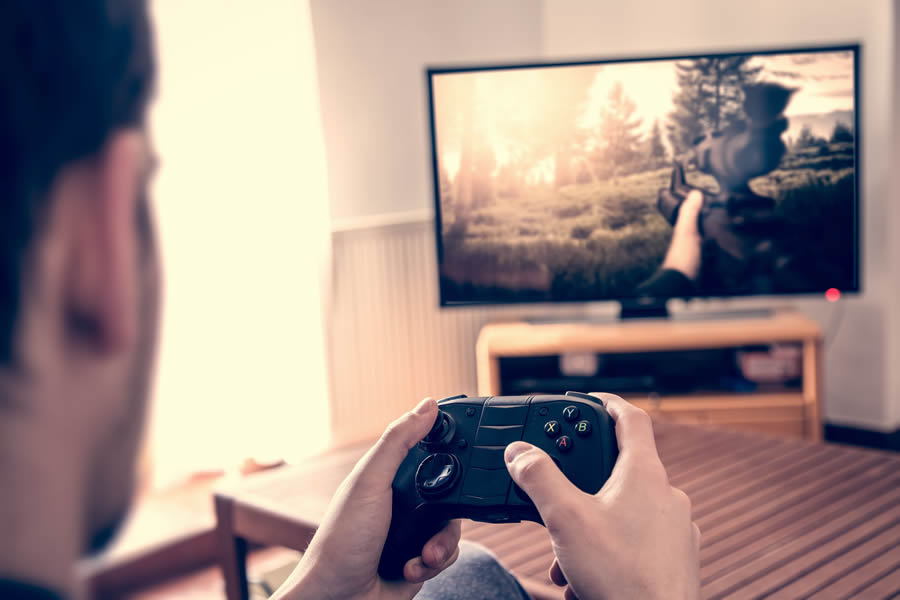 Over the past few decades, America has been invaded by an invisible army of ten million men. The impact of this army is fast becoming a crisis in urgent need of solutions.

You might assume that this army is made up of illegal immigrants who are taking away jobs and overwhelming social services. But in fact, this mysterious legion is an inactive and passive force of sluggish soldiers that weighs heavily upon the nation.

This army is the subject of Nicholas Eberstadt’s masterful study, America’s Invisible Crisis: Men Without Work: ten million American men of prime working age who now “spend absolutely no time at a job and are not acting to alter that situation.”

These idle men comprise some ten percent of the male workforce. They are evidence that the work ethic that made America great has all but collapsed among certain sectors of the public. Worse yet, this invisible crisis has been largely ignored by sociologists and scholars, perhaps in favor of trendier social problems that garner greater attention.

Eberstadt correctly maintains that this is not only a social crisis but above all a moral crisis. Those who should be breadwinners do not want to hold a job. Those who should be dependable are now listed as dependents. A culture of industriousness has been replaced with a system that “encourages sloth, idleness, and vices.”

While the scale of the crisis is invisible, we have all seen it in isolation. Everyone knows relatives, friends and acquaintances that fit into this strange category of men fleeing from work. It is only when the facts are laid out in all their totality that scale of the crisis begins to sink in.

That is the merit of Eberstadt’s book. The author has all the facts and proves his points convincingly. He further presents plenty of graphs, charts and statistics without appearing overly academic and stuffy. These help him tell his story and thankfully require little scholarly background to understand.

Again Eberstadt makes explicit what most people implicitly know. Something is terribly wrong with a subset of men in our society. He lays out just who these “ghost soldiers” are, how they are supported and what they are doing. He acknowledges that there is a certain sector of nonworking men who are in training or pursuing education. However, his focus is on the vast majority that falls outside this category. These are the men who don’t want to work even if a good job were offered.

Most of these voluntary “un-workers” are the result of the breakdown of the family and society. A majority without work are uneducated and unmarried. Many have shirked the responsibility of family life and live lives of self-absorbed gratification. They lack what Eberstadt calls “the motivations, aspirations, priorities, values, and other intangibles that do so much to explain real-world human achievements.”

What is a bit surprising is that these men are not in bread lines or soup kitchens. They are hardly rich but not necessarily poor. Most of these men live reasonably comfortable lives due to the support of wives, girlfriends, aging parents or government welfare. Some even rely on two or three government or disability programs to survive. With such support, there is no motivation to look for jobs.

So what do these idle men do with their time? Nothing productive. Eberstadt distinguishes between leisure that “refines and elevates” while “idleness corrupts and degrades.”

There is no doubt under which category the un-workers fall. Surveys find that their activities include “attending gambling establishments,” “tobacco and drug use,” “listening to the radio,” and “socializing and communicating with others.” Another pastime among men in this category includes watching television and movies, which consumes an average of five and a half hours a day.

Indeed, they have abandoned normal adult pursuits and responsibilities. Many of them have been involved in criminal activities that further isolates them from normal society. They fill their days with gadgets and pastimes that are causing what Eberstadt does not hesitate to label as their “infantilization.”

What America is witnessing is the appalling waste of manhood. These are men who do not want to do what men should do. They do not want to be husbands, to commit themselves to a stable and permanent relationship with women and form families.

And that is the tragedy. What America is witnessing is the appalling waste of manhood. These are men who do not want to do what men should do. They do not want to be husbands, to commit themselves to a stable and permanent relationship with women and form families. They have little interest in being faithful citizens, in getting involved in their community, volunteering or shouldering the burdens of civic responsibilities.

In short, these men do not want to grow up.

Eberstadt hopes to make this invisible army visible. He wants to start a public debate, even taking the unusual step of publishing dissenting views at the end of his book.

The debate is sorely needed since the problem will not be solved by mere economic growth or new jobs. An army of ten million men occupies America’s land and cities with little desire to contribute to the common good. Like any occupying army, they weigh down the system, the treasury and the ethics of the nation. Promising jobs to these men without work will not solve the problem. The system that facilitates them must be reformed. Real change, however, will only happen when these infantilized men man up.

John Horvat II is a scholar, researcher, educator, international speaker, and author of the book Return to Order, as well as the author of hundreds of published articles. He lives in Spring Grove, Pennsylvania where he is the vice president of the American Society for the Defense of Tradition, Family and Property.